The #MeToo and Time’s Up movements are changing the face of Hollywood, but can the same be said for our own film and television industry? Meg Kennedy investigates. 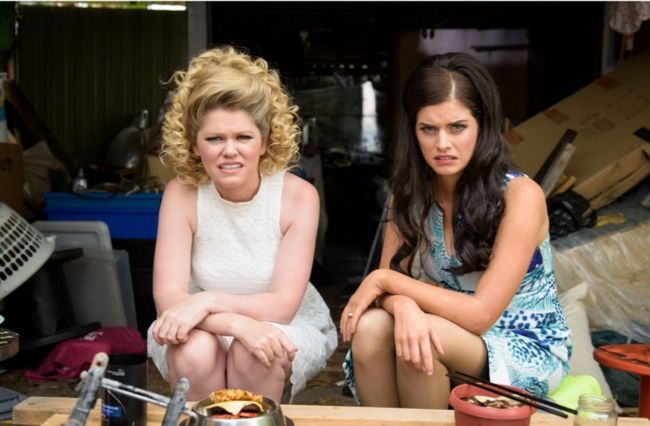 The world of Hollywood has seen a reckoning in the last 24 months.

The Harvey Weinstein scandal was followed by a movement to eradicate gender inequality and a lack of diverse recognition in the film and television industry.

This was followed by the ‘Time’s Up’ initiative, which aims to create safe, fair and dignified work for women.

We’ve seen our own #MeToo movement in Australia, with the recent allegations against Australian film and television stars Geoffrey Rush* and Craig McLachlan sweeping across the media discourse.

But in the wake of global change, how is our own film and television industry faring with gender parity?

According to film and television journalist, author and screenwriter Maria Lewis – not good enough.

Although progress for both gender parity and diversity may be occurring in the United States, Lewis says the Australian film and television industry has a long way to go to achieve  any significant change.

“There’s a lot of very powerful women in the film industry [in America] who have enough capital to green-light a project based on their involvement and they’re keenly aware of that, so their conditions – gender parity, diversity, inclusion, child care on set – have to be met or the project dies,” she says.

“You just have to look at all the stalwarts of the Australian film industry who testified in support of Geoffrey Rush in his recent trial to understand that’s not happening here, at least not with that generation.”

Gender inequality in the Australian film industry is something Lewis has had a first-hand encounter with as a screenwriter.

“You get in a writers room and you’re the only woman, surrounded by ten straight white dudes, and you’re being asked to speak for the entire female experience in the scripts, when the issue could have been solved in the preliminary stages by just getting an equal amount of voices in the room,” she says.

“Not even more women than men, simply an equal amount.

“I’ve had diversity clauses written into option agreements because I know that without a legally binding contract, there’s no incentive for companies to look outside how they’ve been hiring and operating for the last several decades. Even then it’s still a fight.”

Lewis’ experience isn’t an isolated one.

Gender Matters aims to achieve gender parity in creative roles and increase the amount of female-led-and -created projects that are green-lit.

The most recent data, released in August 2018, demonstrated that women made up more than half of the creative teams in documentaries, and gender parity was achieved on majority of TV drama applications that were accepted by Screen Australia.

We’ve seen results on-screen, with media such as the webseries Sheilas and Homecoming Queens, and popular comedy television show Get Krackin’ (pictured).

But with a deadline set for this June, tremendous progress still needs to be made, both on and off screen,to achieve gender parity and diversity.

Particularly for the biggest player of them all: feature films.

Although the recent wide-release films Ladies in Black and Top End Wedding have prominent female-led stories and creators, feature films demonstrated the lowest percentage of gender parity, with women making up less than half of creative teams.

According to data recorded between 2011 and 2017, not even a quarter of writers for Australian-made films were women.

“‘Bro-support-bro’ culture is too deeply embedded in the Australian psyche for vast, sweeping and lasting change to happen here, simply because the local film industry doesn’t support it,” Lewis says.

“It’s also largely run by dudes, which is how you get $35 million being given to Mel Gibson for [the 2016 film] Hacksaw Ridge, when that money could have bankrolled dozens of projects from diverse and marginalised voices with original ideas.”

As the final results for the Gender Matters target await release in August this year, one can only hope the numbers speak for themselves.

Global change has undoubtedly occurred over the past two years, with the female-directed and -led box office juggernauts Wonder Woman and Captain Marvel**, as well as the success of Crazy Rich Asians and Black Panther, which both featured a majority cast and crew of people of colour.

Back home, Lewis says it’s “the next wave of women coming through who are starting to impact real change”.

“Miranda Tapsell, Margot Robbie and her production company [LuckyChap productions], the work of Corrie Chen and Michelle Law, the Kodie Bedfords and Shari Sebbens…that’s where the hope for the Australian film industry is, with those women,” she says.

For the time being, the gender and diversity reckoning in Australia’s film and television industry remains – as they say in showbusiness – in ‘development hell’.

Maria Lewis’s new novel The Witch Who Courted Death is available in bookstores now. You can find more of Lewis’ work here, and on Twitter @moviemazz.

*The author intends to refer to the allegations made against Rush by actors Eryn Jean Norvill and Yael Stone, irrespective of the recent defamation case against Nationwide News.

**Captain Marvel was co-directed by Anna Boden and Ryan Fleck.

Meg Kennedy is a third-year Bachelor of Media and Communication (Journalism) student at La Trobe University. She tweets at @megkennedy15.