The world’s best tennis stars will kick-start their 2013 campaign at the Australian Open, with thousands set to walk through the gates of Melbourne Park to see all the action.

There’s been plenty of surprises over the tournament’s century-long history, but this year’s edition of the grand slam should see the favourites get up in both the men’s and women’s events. 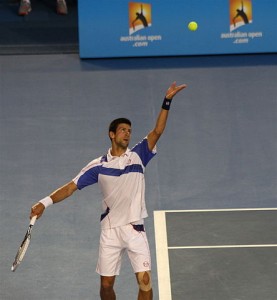 Serbian Novak “The Djoker” Djokovic will be out to win his third consecutive title Down Under, set to become the first male player in history to do so.

Djokovic will open his account against Frenchman Paul-Henri Mathieu and should have a straight-forward run into the semifinals.

But come the last night of competition, Djokovic will have some extremely tough competition, with Swiss master Roger Federer also out to win his third Australian Open, after previously winning the event in 2006 and 2007.

The Fed came back into form when he won last year’s Wimbledon Championship over local hero Murray, but the Scot got his revenge when he picked up the gold medal after beating Federer in the final at the London Olympic Games.

And Murray must also not be counted out, coming off a win at the 2012 US Open and his recent appointment as an Officer of the Order of the British Empire.

But let’s not forget young gun Aussie Bernard Tomic, who is arguably the most in-form player in the world, after winning the Apia Sydney International and beating Djokovic at the Hyundai Hopman Cup.

However, Tomic will have to overcome Federer in the third round if he makes it that far, and if he wins that one who knows how far the 20-year-old will go. 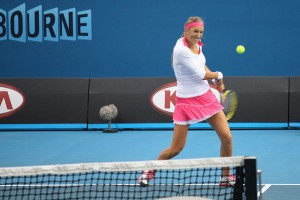 Belarusian Victoria Azarenka will be favourite to go back-to-back, after she smashed Russian gem Maria Sharapova 6-3, 6-0 in a shriek-fest at the 2012 Australian Open.

Sharapova will return to Australia to get revenge, hoping to replicate her form from her grand slam win at Roland Garros in France last year.

With the top two female players in the world on either sides of the draw, they will most likely meet in the final, barring any inconsistency on their way there.

But then there is five-time winner Serena Williams, who is not only back to the number three seed at the Australian Open, but is also coming off two grand slams win at the end of last year at the Wimbledon Championships and on home soil at the US Open.

And let’s not forget local hope Sam Stosur, who is seeded at number nine at the grand slam and should have a fairly easy run up until the third and fourth rounds.

It has been a horror start to 2013 for the Queenslander, losing in the first round in both Sydney and Brisbane. And after bowing out in straight sets in the first round of last year’s Australian Open, Stosur will be out to break her five-game losing streak at home and work her way through this year’s grand event.