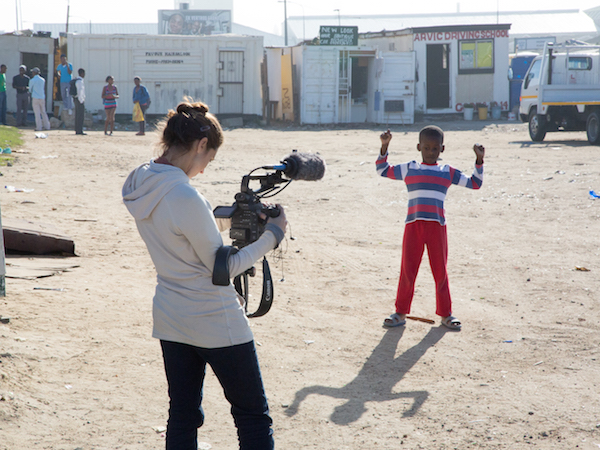 We often turn to documentaries for an in-depth view of a different world, whether it be that of a celebrity or a struggling citizen.

When the truth of the documentary is hidden or masked, audiences can become annoyed and misinformed. When the full truth is aired, media companies and documentary-makers can cop criticism for being too invasive.

Is it possible to find a happy medium?

upstart takes a look at two very different documentaries that have come under fire recently.

A biographical documentary about six-time Grammy Award-winning Amy Winehouse has been criticised at the Cannes Film Festival this month. Simply titled Amy, it chronicles the singer-songwriter’s life in a way her friends and family do not agree with.

The Winehouse family have disassociated themselves from the documentary because it alleges they placed pressure on Amy to perform and labels them the catalyst for her downfall, Channel 9’s Today Show reports.

Before Winehouse shot to fame she said: “I don’t think I’m going to be at all famous. I don’t think I could handle it – I would probably go mad.” This statement, which features in the documentary’s trailer, turned out to be a chilling premonition of her fate.

Winehouse’s fiancé at the time of her death, film director Reg Traviss, has canned the documentary.

The Telegraph revealed Traviss’s thoughts on the production. “[Amy is] a fictionalised biopic centred around a distorted depiction of Amy’s life. It upsets me that this film may now shape how people remember her,” he said.

Under UK defamation laws, a person who is deceased cannot be defamed. However, what is said or written about the deceased can still have negative effects on living relatives, who may be able to bring a claim for defamation.

Mitch Winehouse has highlighted the possibility of suing for libel or slander once the family’s lawyers view the documentary.

Director Asif Kapadia included another quote in the trailer that makes the viewer feel as though they are going to experience the true accounts of Winehouse’s life. “I wouldn’t write anything unless it was directly personal to me, just because I wouldn’t be able to tell the story right,” Winehouse said.

The irony is that Kapadia has allegedly falsified aspects of the singer’s life and not told her story correctly. There is still a grey area when it comes to actuality.

While a film with merely literal truths would be 100 per cent true, the IDA suggests that a film with essential truths makes it watchable and gives viewers insight into what happened through detailed analysis.

Fairfax columnist Jonathan Holmes wrote about the challenge for documentary-makers to tell a story truthfully, noting that the film crew often try to be as inconspicuous as they can so that their subject doesn’t put on an act in front of the camera.

This can sometimes be too successful. Subjects may forget the camera crew almost entirely, leaving them feeling betrayed by their portrayal. This arguably occurred with the SBS mini-series, Struggle Street.

The Kennedy family were one of the main families featured in the series. They had initially told A Current Affair that they were disgusted by how they had been depicted. Peta Kennedy said she was upset her volunteer work wasn’t mentioned.

However, after the first episode was televised, the Kennedys spoke again to A Current Affair, this time with a much more positive outlook on the series.

Peta and Ashley said they would “do it all again in a heartbeat” despite being filmed for six months without any monetary imbursement. They said all they wanted was help for their son Corey who was battling an ice addiction.

It was initially believed to be a heightened stereotypical portrayal of Western Sydney-siders, but SBS has created a whirlwind of comments on social media, with most viewers expressing how much the documentary moved them emotionally.

The #StruggleStreet finale was fantastic. Thank you @SBS for an insightful look into disadvantaged communities. #policymatters #underdogs

I’m sick of people blaming #StruggleStreet for their problems, it’s beyond that. @SBS has highlighted the issues. So what do we do next ?

The scenes of drug use in action were both shocking and captivating. Many viewers couldn’t look away from 21-year-old Billie Jo Wilkie who was “pulling bongs” while heavily pregnant.

Peta and Ashley Kennedy said they sympathised with Billie Jo. Ashley said: “You know they’re on [drugs], there’s no need to actually show it.”

What differentiates these two documentaries is the amount of truth that was aired.

In Amy, facts appear to have been manipulated. In Struggle Street, though, a raw, untouched reality was shown.

As Robert Evans said in the documentary The Kid Stays in the Picture: “There are three sides to every story: your side, my side, and the truth. And no one is lying. Memories shared serve each differently.”

While we may never be given the whole reality into someone’s life, a documentary is designed to at least shed light and provide the audience with some intimate details.

If we want a fabricated concoction of accounts based on reality, we can just watch a fictional film.