Is gaming as bad as the media portray it to be, or can it be good for you? 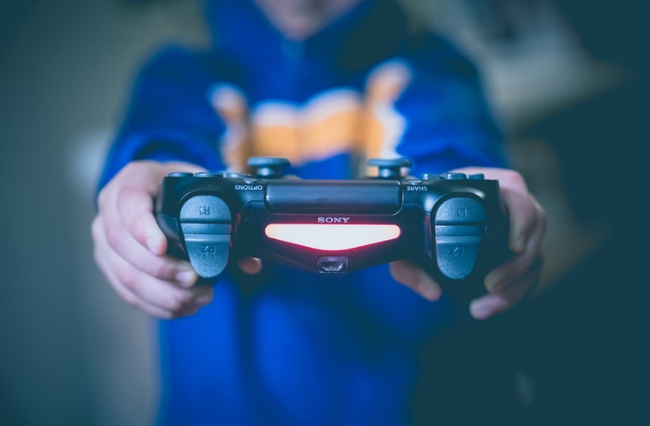 Three, two, one… buzzer sounds. The match finishes, and the team just won 3-2. No this isn’t a soccer match. It’s Rocket League, a vehicle soccer video game. Half the joy of taking the win was communicating with each other to beat the opposing team.

There has always been a social stigma attached to gaming. The media continually covers it’s negatives, focusing on violence, social behaviour and lack of physical activity. However, the Rocket League team and any other gamer will argue that their passion also has its benefits.

According to Stavropoulos, gaming satisfies all aspects of the PERMA Model, which are positive emotion, engagement, relationships, meaning and achievement.

He says these positive feelings can be conjure up in a gamer because the character in the game is feeling this, and players can identify with the character they are playing.

Chris Astuto is an avid gamer, gymnastics teacher and full-time IT technician. He says he plays games for enjoyment and because they allow a distraction from other parts of life.

“I play video games because they’re fun! They let you escape your day to day life and pick up the roles and responsibilities of your in-game character,” Astuto told upstart.

“Like any other hobby, video games help me relax and overall just [to] have some fun. They are great to consume time and they can be very educational depending on the game.”

One common stereotype of those who play games, is the “awkward social rejects” label, which is far from the case for all gamers.

A study in 2014 by researchers at the North Carolina State University, York University, and the University of Ontario Institute of Technology found that antisocial gamers are the outlier, not the norm, and that gaming can enhance one’s social life.

Astuto says he has actually seen his social skill develop through gaming and that his communication skills have improved through competitive gaming.

“I play some games with my friends, so we talk and make jokes while playing games just as we would in real life,” he said.

Video games are also being looked at as a recovery method or treatment for mental health, which is of great interest to researchers like Stavropoulos.

Researchers are looking at the aspects of a game that immerse a player, to see if it could be used as therapy.

“We call it gamifying interventions. We are using telepresence in online flow and role-playing components to engage users within a therapeutic application,” he said.

Playing video games also comes with physical advantages. Platforms like Nintendo Wii and Xbox Kinect (no longer being manufactured), and in recent years virtual reality (VR) require the player to move around to play games.

Players keep fit and exercise while playing games that are the closest thing to playing the actual sports. For gamers who aren’t as active or fit, these sorts of games will help contribute to their daily exercise. Astuto agrees that games that have a physical movement requirement are a positive.

“I think if you are unfit and find it difficult to get motivated for fitness, then games that require you to move around are fantastic,” he said.

“They distract you by giving you in-game goals so you forget that you are doing exercise.”

Hand-eye coordination is a skill that is said to improve significantly by playing video games. Most games require players to keep an eye on a lot that is happening on screen and to have a fast reaction time. Astuto says that by playing games that require you to think fast, your hand-eye coordination will increase drastically.

Last year, he bought a VR system for his PlayStation, and because of his time playing video games, the switch over to VR gaming was without issue.

“I have played competitive video games for many years, and I noticed my transition to VR was seamless and my coordination was perfect from all my previous years of gaming,” he said.

“I think VR does improve your hand-eye coordination, but normal video games improve it just as much.”

Stavropoulos says that investigation is ongoing on the influence of gaming and determining whether it depends on the person who is playing, if video games will positively or negatively influence them.

“We do have a knowledge in terms of what can engage one in the game, but the question is, who uses it and for what purpose,” he said.

Photo: Person holding black wireless controller by Alvaro Reyes available HERE and used under a Creative Commons Attribution. The image has not been modified.