The debate about gender equality remains. 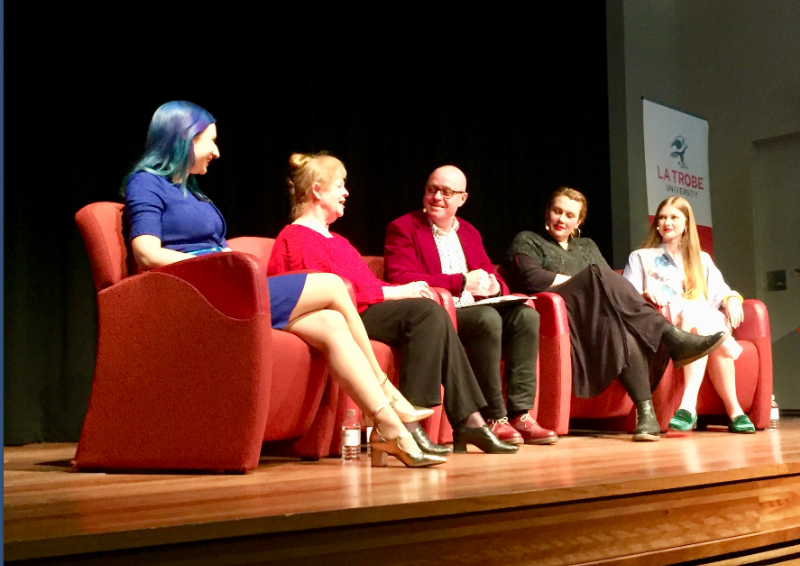 Despite this, sexism is a globally debated topic and the importance of feminism is still questioned.

The La Trobe Bold Thinking event titled ‘Embracing the F-word: has feminism had its day?’ aimed to explore how feminism has evolved with society, and what changes need to be made to ensure gender equality is achieved.

The event was hosted at the State Library of Victoria and included a panel of four female speakers to lead the discussion on this issue.

Dr Beatrice Alba, a psychologist from La Trobe University and a regular contributor to The Conversation said that laws do not solve societal problems of prejudice such as sexual assault and homophobia.

“The beliefs about the inferiority of women and attitudes around women’s competence in various domains as well as issues to do with sexual harassment and assault…they are alive and well,” she said.

“We’ve definitely made some progress but my god we have a long way to go.”

The panel explored many ideas, including how women are treated today and how their voices are not being heard.

Feminist writer and editor Bri Lee said that women are being overpowered in their workplaces and that their concerns are not being taken seriously.

“Women are getting more beat down than men,” she said.

“It’s incredibly frustrating to have a number of incredibly powerful, prominent women come out and describe behaviours of systemic bullying and harassment by men and to have men then say that’s not a problem.”

It is uncertain whether much has changed for feminism over the past 50 years, according to Vice Chancellor’s Fellow and Distinguished Professor Jenny Graves.

Graves said she didn’t realise she was experiencing sexism during her time at University, as she became accustomed to being ignored and put down.

She said women’s rights were not considered an important issue back then.

“When I was at Berkley…feminism was pretty far down the agenda. I mean really it was anti-war, anti-racism that motivated most students,” Graves said.

“Looking back, every single day… every single meeting, every single chance I had to say anything, they would be either ignoring me or interrupting me, so it seems like nothing much has changed at that level.”

The panel also discussed how sexism has impacted the music industry.

Seated next to Australian Senator Cory Bernardi, Bowditch said she was warned that she would need to act disrespectful just to have a chance to participate in the conversation.

“There’s something about being outspoken and feeling like we are being a bitch that seem to be coupled together with being an Australian and a woman and in a position of power in some degree,” Bowditch said.

With only 28 percent of solo female artists making it to the top 100 most-played songs in the past 10 years, it is clear that females are less likely to be recognised for their music than their male counterparts.

Music festivals have been called out in the past for failing to represent female artists in their lineups.

Bowditch said that although she has played at music festivals, she has been paid less than her male peers.

However, with the use of social media, Bowditch believes that young female musicians have a better chance of being paid and heard equally through their music.

“There is a younger generation of musicians who, thanks to the internet, no longer have to go through the record companies or even radio stations,” Bowditch said.

“They can find their audience directly through social media… therefore they have the right to say whatever they want. They’re not pleasing anyone else.”

Dr Beatrice Alba believes we should use the facts about gender inequality to educate individuals and raise awareness about what is happening in society.

“I love science so much and I think we should be teaching the science of these issues, in other words, just evidence. We should be talking about reality…teaching it to children,” Alba said.

“The more we’re aware of those subtle discriminatory biased things we do like treating boys and girls differently since they’re born, the more we can avoid doing those things.

The booked-out event was followed by laughter and applause from the audience.

Passionate audience members engaged with the panelists during question time.

Monash University student Harley raised a question to the panelists regarding how feminism varies for individuals who do not identify as one gender.

Professor Jenny Graves said that even though there is no data, she believes there are genes that predispose people to either have a strong male or female identity.

“If strong female identity variances come along with a y chromosome, you’re transgender,” she said.

“I think we’re going to learn a lot more about many, many biological differences that essentially mean that transgenderism is part of the normal spectrum.