To many Australians, the thought of using unmanned drones in future military conflicts and reconnaissance might seem overwhelmingly positive; we might lose fewer troops involved in reconnaissance while keeping pilots out of harm’s way.

With the RAAF wanting seven large unmanned aerial vehicles (UAVs) in operation by 2019, the Australian public needs to be wary of the ramifications of transitioning to this technology, keeping the US in mind as a glaring example of what not to do. 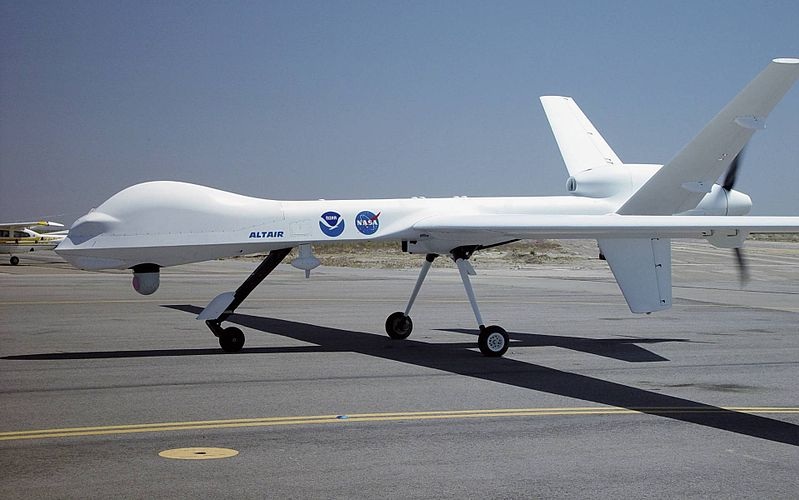 US Predator drone (Source: US Air Force via WIkimedia Commons)

As it stands, it is likely that our defense forces will seek to acquire MQ4C Tritons, in addition to the P8 Poseidons already on order, worth billions of dollars. The names are irrelevant, but what matters is that we will likely be using remotely controlled drones for surveillance, with the capability of missiles and torpedo armaments.

Emily Howie and Zoe Hutchinson, authors of a Columbia Law School study on the civilian impacts of drone warfare, detailed key issues for Australians in regards to our likely drone acquisitions in a recent opinion piece in The Sydney Morning Herald:

‘Under the Obama administration, the US has rapidly expanded its drone program beyond the hot battlefields of Iraq and Afghanistan, to secret strikes in Pakistan, Somalia and Yemen, killing thousands of people.

‘Drones may be an inevitable part of the future of counter-terrorism, but they must not be uncritically accepted as a weapon for all seasons,’ they write.

A dominant message in their study is the reality that as military reliance on allegedly precise drone technology increases, the effects of conflicts on civilian populations become ever less clear, both in terms of casualties and psychological damage.

Another recent study, by Stanford and New York University’s law schools, details the effects of drone strikes on local populations.

‘Those living under drones have to face the constant worry that a deadly strike may be fired at any moment, and the knowledge that they are powerless to protect themselves,’ says the report.

Now it is obvious that Australia is lagging far behind the US in terms of utilising drones for military strikes, and we are never going to command anything close to the might of the US military, but accounts of the possible effects of drone attacks shouldn’t be disregarded lightly.

The rise of so-called ‘signature strikes’ under President Obama has been particularly disturbing. These attacks target ‘groups of men who bear certain signatures or defining characteristics associated with terrorist activity, but whose identities aren’t known.’

With a mere 2% of casualties from such attacks being ‘high-level’ targets, it wouldn’t be unreasonable to suggest that they have been largely unsuccessful, and are being recklessly ordered.

Again, this type of thing is a long way off happening here in Australia, but there appears to be a slippery slope when it comes to the use of drones. In the US context, accountability has gone out the window even when it comes to justifying killing unidentified people outside of war zones, which makes sense to some degree. While in principle anyone would be morally against such killing without sufficient justification or due process, hearing about it happening in a foreign land to someone who might be an enemy of the state is ultimately less likely to emotionally affect someone at home than hearing about losing a soldier in their own military.

It has become apparent that in the Western world we are tolerant of collateral damage insofar as our sense of nationalism and care for our own ground forces trumps empathy for unfamiliar foreigners. Of course this is understandable, and can be forgiven to some extent, but the rise of drone technology has allowed the US to strike targets that they would have previously been reluctant to attack with manned aircraft, let alone troops.

Yet drones are not used solely as a means to achieve military ends. With the continuing political nightmare of asylum seekers travelling here in boats, drone technology could be an effective tool in identifying Australian-bound vessels. This capability could save lives in the future, as unseaworthy boats are turned around before meeting potentially tragic fates for their passengers.

Surveillance capabilities of drones will likely assist our air force and navy in peacefully monitoring areas of interest throughout the Asia-Pacific region as well.

However, as the idea of surveillance drones become more accepted as a part of life, it could spread to other aspects of our society.

Earlier in the year Tom Hyland wrote of ‘Victoria Police’s interest in acquiring high-tech, remote-controlled drones that can be fitted with high-definition cameras and sensors – and, in some larger versions, weapons.’

Law enforcement agencies in the US are already making moves to use unmanned surveillance drones to monitor citizens, and it appears only a matter of time before police departments throughout the world follow suit, albeit gradually.

In the wake of proposed data retention legislation, we seem to be moving towards an Australia where government and police power is placed ever-ahead of privacy and civil liberties. Drones could very likely continue this trend, even if they are far less sophisticated than military grade aircraft.

So let’s not stand in the way of technological progress, but at least be aware of the possible consequences doing so will have on not only our own lives, but those abroad as well. The idea of keeping our armed forces out of danger is honourable, as is the desire to properly monitor our waters, but we need to remain vigilant in our support of potentially invasive and destructive technologies.