Drug drivers are now responsible for nearly double the fatalities as drink drivers, flagging a need for greater enforcement on Victorian roads.

Drugs have taken over Victorian roads, with drug driving now responsible for nearly twice the fatalities as drink driving.

According to figures released by the Victoria Police to the Herald Sun, annual fatalities attributed to driving under the influence of alcohol have remained in the mid-twenties since 2013, but those attributed to drug driving soared to as high as 45 by the end of 2015.

The most common drugs found on our roads are cannabis and crystal methamphetamine (also known as ice).

Transport Accident Commission (TAC) media manager, Hamish Heard, tells upstart that the increase in drug-related road fatalities is down to the difference in education and enforcement levels.

“Campaigns about drink driving have been running for 30 years and thanks to the combination of hard hitting commercials and billboards, and increased enforcement, drink driving is now seen as totally unacceptable,” he says.

On the back of the new statistics, the TAC  is set to double the number of road side drug tests being performed in 2017, which will cost $40 million.

“This is a significant investment which reflects the seriousness of the issue. The cost of road tallies and serious injuries to the TAC scheme means it’s an important investment that will pay for itself,” Heard says.

He expects that the increased enforcement, and an upcoming youth campaign due for release this April, will help people understand the connection between drug driving and getting caught. 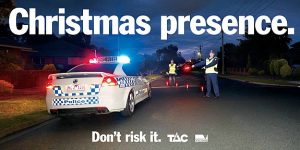 However, Dr Catherine Hearn, drug addiction psychiatry registrar at Turning Point treatment and research centre, warns against drawing comparisons between drink driving and drug driving, as more research is needed to fully understand the effects of drugs on drivers.

“Breathalyser testing for alcohol is able to quantify the amount of alcohol in a person’s system, and a cut off has been set for fully licensed drivers that [says] it is illegal to drink with a blood alcohol content of more than .05 percent,” Hearn tells upstart.

“In comparison, tests for drugs such as cannabis, ecstasy and methamphetamine are only positive or negative, with no quantification of the level of drug use. A positive drug test is assumed to correlate to potential driving impairment, but further study in this area is required.”

Hearn points out that many of those who drive under the influence of drugs are otherwise relatively high functioning people, so broad assumptions about drugs on our roads are not helpful.

Former drug and alcohol addict Alison* was one such high-functioning user. She tells upstart that during her 30 years of addiction she drove under the influence of marijuana and LSD many times without an accident. But she seems incredulous now when reflecting on her past actions.

“I am grateful that I didn’t do irreparable damage to myself, let alone kill others,” Alison says.

“No longer do I check my car daily for traces of blood and damage.”

She feels the problem is getting more extreme, especially as after six years of sobriety, she lost a friend to a drug driver.

“It is important people are aware of the potential risks involved to yourself, your passengers and others on the road should you decide to use alcohol or any other drug while driving,” she says.

Reflecting on the upcoming TAC drug driving campaigns, Heard says they are already seeing the same types of positive changes in drug driving activity as they did with drink driving and expects this to continue.

“We can expect to see that [the upcoming campaigns and increased enforcement] make a real difference as people who feel that drug driving is a risk [can] come to accept that police are out there targeting them,” he says.

“[Drivers] will continue to have the message reinforced on billboards and tv screens that this is behaviour that leads to death.”

If you or anyone you know has been affected by drug and alcohol abuse, please contact Direct Line on 1800 888 236, or the Turning Point help page.