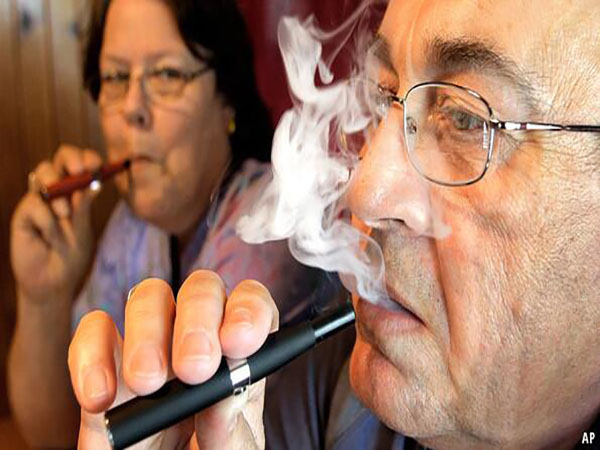 There are many people that want to quit smoking.

It is an unhealthy habit and has been proven to increase your chances of developing heart disease, stroke and cancer.

According to the Quitline website, approximately 3,937 Victorians die from smoking related diseases. Out of every 1,000 preventable deaths, on average 119 of them are caused by smoking.

It is an alarming figure that, in theory, should send warning signals to current smokers.

But in terms of trying to quit, the presence of the e-cigarette is one of great intrigue.

It is a battery-powered device that enables the user to continue the act of smoking. But instead of the toxic smoke, a vapor substitute is formulated to resemble the traditional tobacco smoke.

Instead of patches, gum, coaching and cold turkey methods some smokers using e-cigarettes have been satisfied with the results and believe it’s a genuine way to quit smoking.

The increased interest in e-cigarettes has seen many different versions being created to assist smokers quit.

Although it seems that smokers may be quitting tobacco cigarettes and not cigarettes all together, which of course is its purpose.

The World Health Organisation (WHO) has recently received correspondents from a group of researchers identifying that there could be benefits from the e-cigarette.

Believing it could be a “significant health innovation” the researchers concluded that it is a low-risk substitute to smoking.

The WHO are still not fully convinced about the legitimacy of the e-cigarette and are still collating more information to come to a conclusion.

However, many respected research organisations have contrasting views and have voiced their concern over the controversial cessation method.

The Roswell Cancer Park Institute in Buffalo, New York, has evidence to suggest that the e-cigarette increases the levels of ‘thirdhand smoke’.

Thirdhand smoke is universally known as nicotine and chemical residue that is left on indoor surfaces, which poses a significant risk similar to that of secondhand smoke.

Roswell Cancer Park analysed the nicotine solution content and found that out of 32 different formulas 1 in 4 had more than a 20 per cent discrepancy in what was originally advertised.

The Huffington Post reported earlier in the year that over 50 complaints were made about e-cigarettes in the US between 2013 and 2014.

Many of the complaints have come from consumers that have had adverse effects due to the nicotine solution that creates the vapor.

Consumers also reported respiratory complications because of the vapor. Some would say it is a redundant argument but if patches, gum, coaching or cold turkey methods are the alternatives then health wise they may be better options.

Another alarming fact is that the e-cigarettes have been burning its users and causing serious issues with taste buds.

It is mainly manufactured in China and has serious inconsistencies that make it difficult to identify the accurate cause of documented health concerns.

But with any type of cessation technique, there will be some form of reservation from certain sections of the health care fraternity.

The e-cigarette is simply another method to try quit smoking, however it may just do you more harm than good.

If you need help to quitting smoking then you can visit the Australian Government website or call Quitline on 13 18 48.

Sean Munaweera is a third year Sport Journalism student at La Trobe University and a staff writer for upstart. Follow him on Twitter: @sean_muna