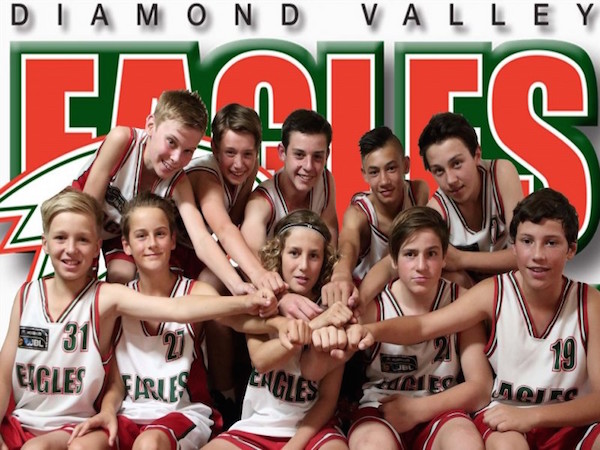 For the first time in 26 years, the Diamond Valley Eagles will be represented at the under-14 boys basketball club championships in Newcastle and Maitland.

The Eagles finished at the top of their pool with eight wins and one draw from their nine Victorian Championship matches but coach Marcus Todd says some of his players still do not realise just what they have achieved.

“They know they’re going to a tournament to play basketball but they don’t realise how good it actually is,” he tells upstart.

Todd believes the experience of playing against the best teams in Australia will be valuable for all of his players.

“A few of our kids can match it with the best in Victoria and now they will get to put themselves up against the best kids in Australia and see how they sit,” he says.

However, while the Eagles punched their ticket to Newcastle without suffering a loss, Todd says his teams will be challenged throughout the competition.

“We might have a game plan that works on Friday nights but going up there we’ll play against kids we’ve never played against, so we have to be flexible,” he says.

Although the championships are fast approaching, the Eagles have other things to worry about before they can prepare for the competition.

“At the moment we’ve got our Friday night competition finals starting so we’re focused on that at the moment,” Todd says.

“We can’t focus on the nationals just yet because that’s what we play for every week.”

The Eagles female counterparts will join them at the championships, and will be competing for the second straight year with a number of carryover players hoping to improve on last year’s performance.

Congratulations to our U14 Boys and Girls on qualifying for the 2016 U14 Club Championships !#DVdoesitbetter pic.twitter.com/lKkWpVtrvg

With the recent success of the Australian basketball players overseas, Todd says there has been one story that has caught the attention of his players.

“I think the Dellavedova story is the big one, him going to the [NBA] finals and winning, the kids really got involved with that,” he says.

However while basketball is making its mark in Australia, Todd believes there’s still a lot of competition with AFL, having nine of his players juggling the two sports.

“A few of them are really keen and talented footballers so it’s hard to keep them on the basketball path with the lure of AFL in Australia,” he says.

Both the boys and girls sides have set up gofundme pages to help with the costs associated with the trip.