The long running feud over Port Adelaide’s "prison bar” guernsey has fired back up again. 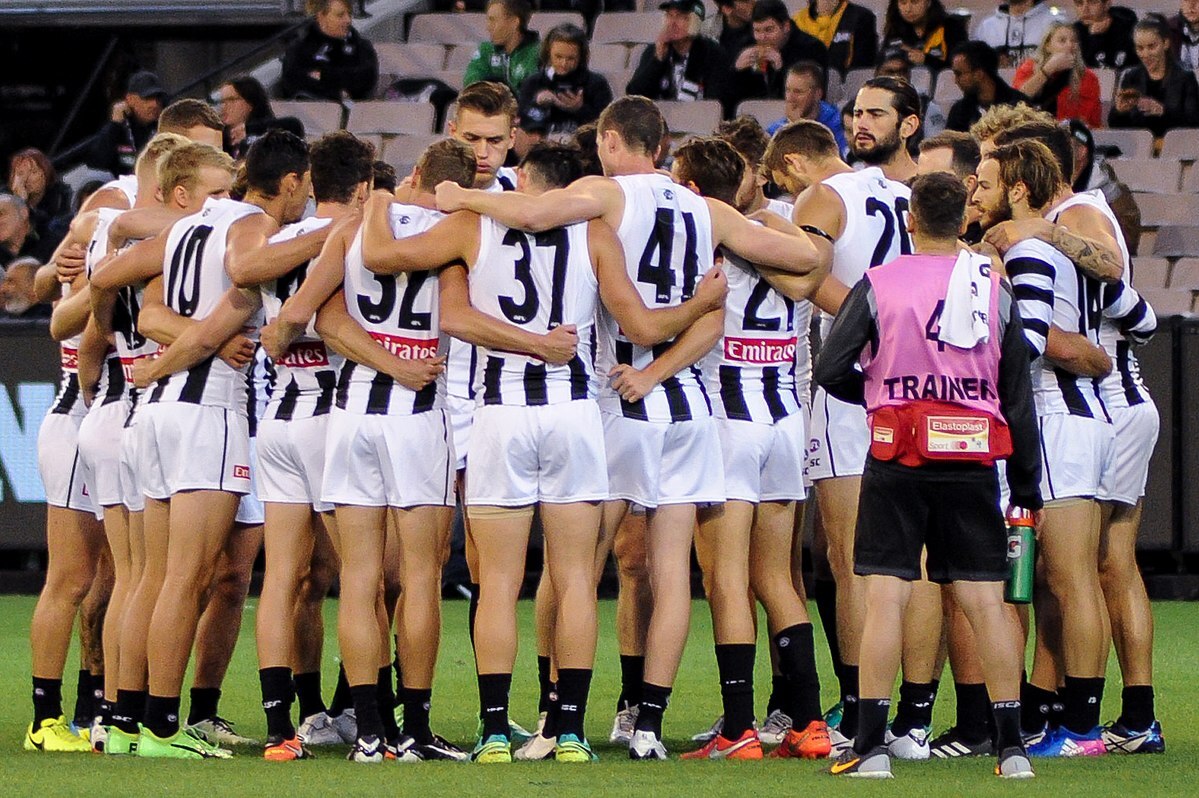 The long-running feud over Port Adelaide’s “prison bar” guernsey has fired back up again as former Collingwood president Eddie McGuire attacked the club, telling them to “back off”.

This comes in response to Port Adelaide launching a petition to the AFL to wear the traditional prison bar jumper in all games against cross-town rivals Adelaide, according to reporter Caroline Wilson.

McGuire has previously threatened to take the AFL to court over the issue, claiming that when Port Adelaide entered the national competition in 1997, they signed a contract that they would never wear black and white or a magpie, which was the club’s prior emblem, as it would clash with Collingwood’s trademark branding.

Port Adelaide chairman David Koch has campaigned for the club to be allowed to wear the jumper, which he says was the highest selling guernsey in the AFL last year.

Even though he is no longer involved with the Collingwood, McGuire believes he knows what the response to the request from the pies would be.

“I know what the answer will be — the answer is no,” McGuire told Footy Classified last night.

McGuire, who during his tenure as president of the pies was unwavering in his stance on this issue, doubled down in response to Port Adelaide’s request.

“They had it last year! So take me through this, they thought about it last year, knew they were going to play in front of an empty stadium, wore it anyway and then this year they’ll have it for the 151st (anniversary). What about next year, what is it, Mark Williams’ birthday or something?” he said.

The club was given permission by Collingwood last year to wear the jumper, which shares the same colours and stripes to the Pies, in the round two clash against Adelaide to celebrate the club’s 150th anniversary.

They had previously allowed Port Adelaide to wear the guernsey in a 2014 final against Richmond, but David Koch believes they should have the freedom to wear their heritage jumper in more games.

Maguire believes it is only fair as Port Adelaide is receiving money under the AFL’s funding model.

“The Collingwood Football Club jumper is one of the most sought-after, expensive jumpers. We’ve just done a massive deal with Nike, with CGU and Emirates on there,” he said.

“Collingwood receives $6 million a year less than Port Adelaide, so Collingwood is a net-giver every year and has been to the competition right the way through.”

“If they want to celebrate something big, when they start becoming a net-giver instead of a net-receiver, then we’ll have a bit of a look at it. That jumper of Collingwood’s keeps them going because we make a lot of money off the back of that.

Photo: Collingwood team huddle by Flickerd available HERE https://commons.wikimedia.org/wiki/File:Collingwood_huddle.jpg and used under a Creative Commons Attribution. The image has not been modified.