Paralympian Emily Beecroft speaks about her career as a Paralympic swimmer ahead of the 2020 Tokyo Paralympic games. 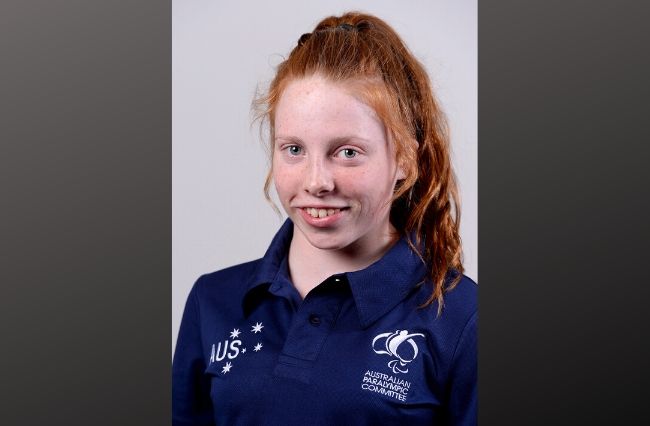 Achieving your career goal at the age of just 16 years old is quite hard to imagine for most people. For Emily Beecroft, it’s a reality. At the young age of 16, the swimming sensation was preparing to fly halfway around the world to compete in her first-ever Paralympic games. Three years later, she’s training hard for a second Paralympic games in Tokyo.

Beecroft was born with several physical impairments, none of which has stopped her from achieving many things in her life.

“I have a radial limb deficiency on my right arm [clubbed arm with only four fingers], am deaf in my left ear and also have scoliosis in my neck,” Beecroft told upstart.

Beecroft’s congenital impairments never held her back as a child. Born a triplet, she competed in a variety of different sports including swimming.

“Growing up, my sisters and I participated in as many sports as we could. I played netball and did athletics and swimming. The reason that I chose to stick with swimming was that it felt like the sport that had the most inclusivity for people with disabilities,” Beecroft said.

The importance of swimming in Beecroft’s life has always been significant because it’s helped her feel a great sense of belonging.

“I feel like I can truly be myself. Swimming has made me so much more confident in myself, and I definitely wouldn’t be the person I am today if it wasn’t for this sport,” she said.

“When I’m in the water, I feel like no one is staring at me or treating me different because I have a disability.”

It didn’t take long for Beecroft to start competing internationally against other swimmers. In 2015, Beecroft competed in the US Para Championships in Bismarck, North Dakota.

Just a year later, Beecroft found herself heading to the 2016 Paralympics in Rio, a massive surprise for her considering her young age.

“I remember sitting on the couch at my hotel with my Mum and Dad, when my coach came in and told me that he had just received the phone call telling me that I had made the team. I’ll remember that night for the rest of my life.”

Beecroft competed in four different events in her Paralympic debut and went on to qualify for the finals in three of those events. A fourth-place finish in her 50-metre freestyle final was the proudest moment of her career so far.

Although it’s been a very quick rise to success for Beecroft, it hasn’t been without its challenges. As a country girl from Gippsland, travelling has been quite an obstacle for the 19-year-old.

“Being from a small country town has definitely had its challenges. If I want to race other para-athletes, I have to travel over two hours to Melbourne to compete in a competition that has multi-class races,” she said.

“My hometown also doesn’t have the facilities that my other Australian teammates get. I have to travel to a different town both morning and night to train in a 25m pool, whereas my friends can just drive 5 minutes down the road to their home 50m pool.”

While travelling to different parts of the world to compete in the pool against the best of the best, Beecroft has also had to juggle her school and social life at the same time. In the same year that Beecroft was completing Year 12, she was also competing in the 2018 Commonwealth Games on the Gold Coast.

“I did the minimum subjects required to get an ATAR during Year 12 as that was quite a busy year for me. When I mean busy, I mean that I was competing at the 2018 Commonwealth Games,” she said.

“I trained both mornings and nights which meant that I had no time to do any schoolwork at home, so I just did all my work at school.”

With so much focus and media attention on the Olympics, the Paralympics can sometimes be caught in its shadow. From her short experience in the Paralympics, Beecroft believes that Paralympians deserve more acknowledgement from the general public.

“Being a Paralympian also has its challenges. The main one being that we still don’t get the recognition and equality that we deserve,” she said.

“Although, from my experience at the Rio Paralympics and fast-forwarding to only three years later, I can already see massive changes. The equality is slowly being attained, but there is still a long way to go.”

Even with all that she’s been able to achieve in the swimming pool, Beecroft’s greatest achievement has been inspiring others with similar disabilities to be involved in swimming.

Sport can be both mentally and physically taxing, but Beecroft urges others with disabilities competing in swimming, to enjoy what they’re doing.

“Professional sport can be unbelievably challenging sometimes, so no matter what, make sure you remember why you started and that was to have fun. I highly recommend that people with disabilities participate in a sport. It will be one of the best things that has ever happened to you.”

Beecroft now has her eyes set on one thing.

“My biggest goal at the moment is to be selected on the 2020 Tokyo Paralympic Team, and all my effort is being put into this one goal.”

Photo: Emily Beecroft available HERE and used under a Creative Commons Attribution. The image has not been modified.