After COVID lockdowns hindered her motivation, Butler is re-focused on her sport and hoping to catch attention. 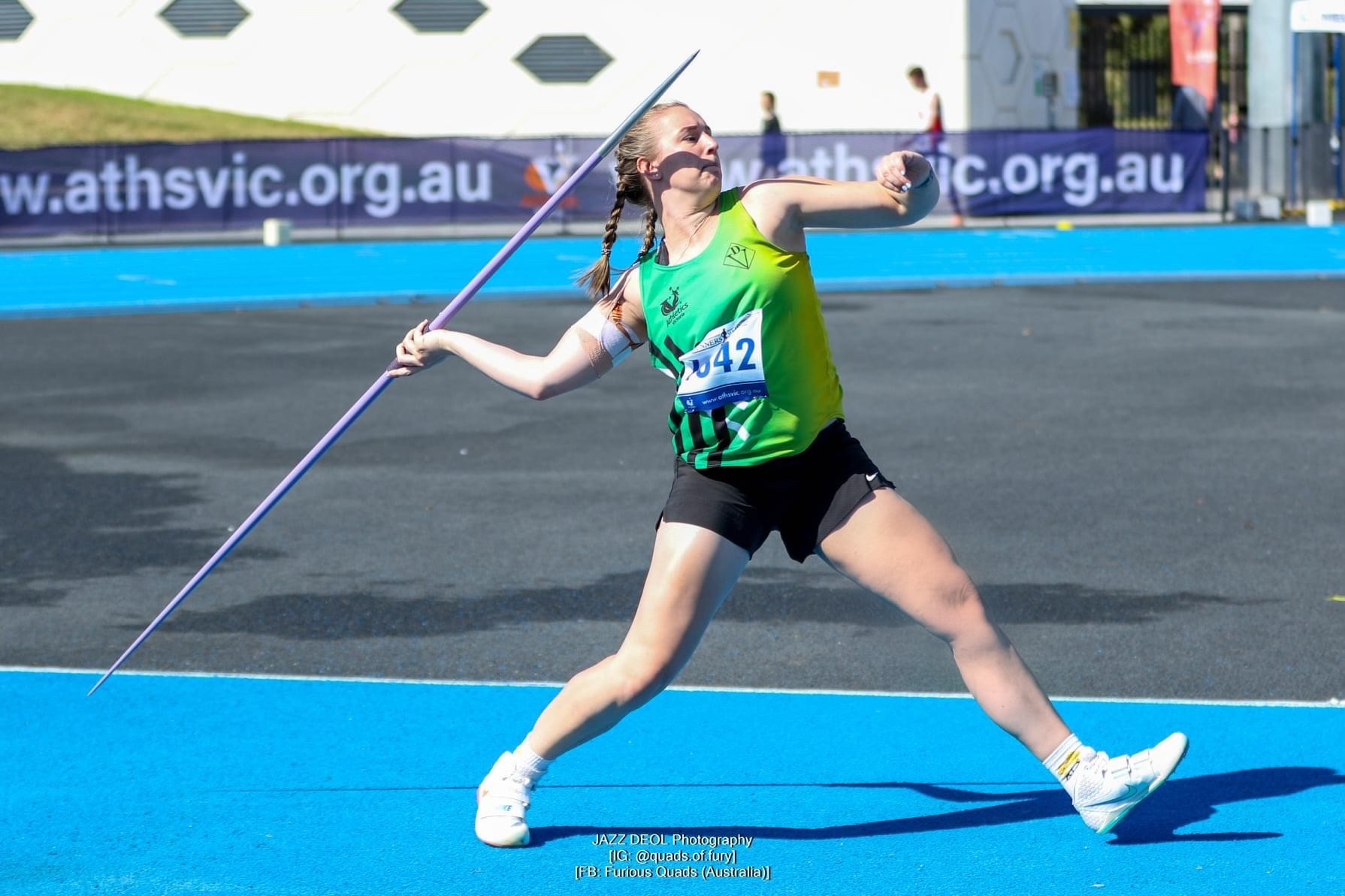 Emma Butler had never thrown a javelin prior to her year seven athletics carnival. However, she hasn’t ever been one to shy away from a new challenge.

So Butler entered, and not only did she win the competition, she broke the school record.

“I kind of sat there afterwards and thought, hang on a minute … started training for it and here we are,” Butler said.

Growing up in an athletic household in Melbourne with two younger siblings, Butler was always going to be exposed to a variety of potential sporting pathways. Javelin just took a while to present itself.

“When I was younger I was more into running than throwing … I started off as a bit of a heptathlete, so I did all of the events,” Butler said.

“Obviously they don’t let six-year-olds run around with a javelin, so I took my time to get there.”

When Butler did get there she didn’t muck around. Under the guidance of her personal coach Andrew Stirling, she was quick to find herself on the radar of elite Australian coaches. At 17, Butler joined her aunt, elite Australian basketballer Samantha Thornton, in representing her country. Getting the confirmation email to participate in the Oceania Area Athletics Championships in Fiji was an absolute thrill.

“I was obviously staring at my phone all day, like oh my god when’s this email gonna come through? And I just remember getting the email and I’m pretty sure I screamed. Luckily my mum was home and I didn’t have to awkwardly call her,” Butler said.

“Nothing compares to the feeling of putting on the green and gold uniform. The sense of pride you feel … that was just unreal.”

Since representing Australia it hasn’t been smooth sailing for Butler, with injury troubles interrupting her career over the past five years. Given the explosiveness of the sport, it’s something javelin throwers have come to expect.

“My coach is always really supportive and he did say to me … if you’re gonna be a javelin thrower you’re going to have to get used to being injured. I can guarantee you that has one hundred been true. I feel like I’ve just had one injury after the other,” Butler said.

Despite this, Butler kept her motivation levels high and headed into 2020 confident she could get her javelin career back on track.

“I was in the form of my life just before COVID hit. I was ready to hit huge PBs, I was throwing really well … and then nationals got cancelled because of COVID,” Butler said.

“I lost all motivation through COVID and lockdown … I’m going to be very honest, I did barely anything and I did feel guilty for it almost every day.”

These setbacks have been tough on Butler, who found herself falling out of favour with the elite Australian coaches who moved their attention to other junior throwers.

Nevertheless, Butler is used to facing hurdles in her sporting career. She knows that elite javelin throwers don’t hit their peak until their late twenties, so there’s still time for the 21-year-old to reach her potential. When that day arrives, Butler hopes that the sport gets more recognition compared to what we see today.

“Within athletics, the throwers get no attention compared to the sprinters and the long distance runners … it’s just disappointing. Even when you’re watching coverage of world championships they’ll show you the heats of the 100 metres when there’s the final of javelin going on at the very same time,” Butler said.

This is partly the reason why Butler balances her sporting career with work and studies.

“When you’re involved in a sport that doesn’t get much recognition, you can’t just be a javelin thrower full time unless you’re one of the very top elite athletes,” Butler said.

“The reality is you need to work to support yourself as a thrower.”

Butler is currently studying at La Trobe University and loving it. Similar to her start in javelin, her interest in the prosthetics and orthotics course came about rather unexpectedly. By watching an American drama television series.

“I’ve always been a huge Grey’s Anatomy fan. I think that’s what got me into my course to be honest,” Butler said.

“I think Grey’s just made me realise how much I wanted to work in a health field… looked fun on the show, so gave it a go.”

It’s this positive attitude that Butler hopes will help her achieve her dream of competing at the Olympic Games one day, but for now she’s still proud of her resolve thus far.

Article: Tarquin Oakley is a second-year Bachelor of Media and Communications (Sports Journalism) student at La Trobe University. You can follow him on twitter @TarqOakley.