For years Tasmania has been the forgotten zone for professional sporting franchises, it looks as though it might finally be their turn. 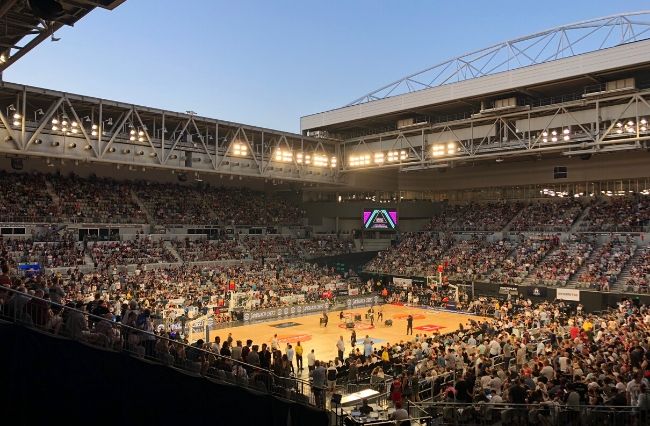 Imagine being a part of a country where you are disconnected from the mainland, ultimately disconnecting you from that country’s professional sporting landscape as well. Tasmania loves their sport and in the past, they’ve had two NBL teams, a Victorian Football League team and basketball teams competing in minor leagues throughout south east Australia. The Southern Huskies basketball team also compete in the New Zealand Basketball League.

However, one thing they can’t seem to crack is a professional sporting organisation in one of Australia’s highest-level professional leagues, outside of cricket. Plenty of sporting talent has come out of Tasmania over the years, enough to convince many that they should have their own professional teams in multiple sports.

In the AFL, we’ve seen players including Matthew Richardson, Jack and Nick Riewoldt and Ben Brown. In cricket, most notably former Australian captain Ricky Ponting. In basketball, Australian Boomers star Chris Goulding. The list will only continue to grow.

So, why hasn’t Tasmania had any professional sporting teams competing in Australia’s premier leagues besides the Hobart Devils and Devonport Warriors in the NBL in the 90s, the Tasmanian Tigers in Australia’s state cricket competition along with the Hobart Hurricanes in the Big Bash Twenty 20/20 cricket league?

Multiple teams have been added to the AFL landscape, most recently a second Sydney team (GWS Giants) and a second Queensland team (Gold Coast Suns). However, it seems as though now the AFL are looking at adding a 19th team which most are hoping will be from the Apple Isle.

Tasmania will be granted a provisional VFL licence in 2021, with league boss Gillon McLachlan in March telling Fox Sports the “building blocks are in place” for an island state-based AFL team.

A new online petition has been set up supporting the prospect of a new Tasmanian team in both the AFL and AFLW competitions, which currently has over 18,000 signatures. It can be found here.

North Melbourne also have ties with Tasmania through their Next Generation academy. In 2018, the Kangaroos drafted highly talented midfielder Tarryn Thomas, through their academy in Tasmania.

The NBL have announced Tasmania is hopefully going to be the new home of a tenth team. With the NBL Blitz [NBL preseason tournament] taking place in Tasmania recently, it is obvious the NBL is looking to generate extra interest before they make a move. Basketball is popular in the Apple Isle with three teams representing the state in the NBL1 which is the second-best basketball league in Australia behind the NBL.

The preseason matches were played across the state drawing huge interest from the local community with most games selling out across the weekend.

“Everyone was really positive about Tasmania, they loved it, and would love for us to have our own team to become part of the schedule which are great indicators,” McCoy said.

It also looks as though the Tasmanian state government are throwing their support behind the idea of an NBL team in the future.

“The state government and the premier have been really supportive, and all the politicians came along and witnessed games,” he said.

Prior to the NBL Blitz taking place, it was announced by the NBL’s owner Larry Kestelman that the league plans to expand to Tasmania. The vision of upgrades to the Derwent Entertainment Centre would cater to a 5,000 seat multi-purpose stadium, hotel precinct with function centers, improved public transport systems, an elite high performance facility and more.

“Tasmania is a great sporting state and deserves to have teams in national sporting leagues such as the NBL. We want to build a team Tasmanians can call their own and a legacy for generations to come,” Kestelman said via the NBL website.

NBL General Manager of Media and Communications, Nick Johnston told upstart the success of the NBL Blitz competition and how the community embraced the weekend of hoops.

“The Tasmanian community was extremely excited to have the NBL Blitz take place in their state,” Johnston said.

“With a total of 8,647 fans attending the NBL Blitz games in five locations, the excitement levels for the NBL Blitz were clear.”

Johnston believes Tasmania is “definitely ready for a professional sporting team” that competes in one of Australia’s elite top leagues.

“The fans in Tasmania voted with their feet during the NBL Blitz, as they attended games and community activations in numbers,” he said.

“Tasmanians are also continuing to show their support for a Tasmanian NBL team, by signing up at nbltas.com.au.”

Johnston says a Tasmanian NBL team would likely be a strong success as evidence during the NBL Blitz proved that.

“Tasmania has always been a strong basketball state and we think it remains that today, with the success of the NBL Blitz evidence of their thirst for the sport,” he said.

If a new franchise was to go ahead games would likely be played in Hobart, but the NBL would also consider including other Tasmanian cities such as Launceston.

“We believe a Tasmanian NBL team would be a team for all Tasmanians. Obviously, there would be games at the DEC at Hobart but we have also said we look at playing games elsewhere including Launceston.”

Liam Melrose is a third-year Media and Communications (Sports Journalism) student at La Trobe University, you can follow him on twitter @liammelrose15