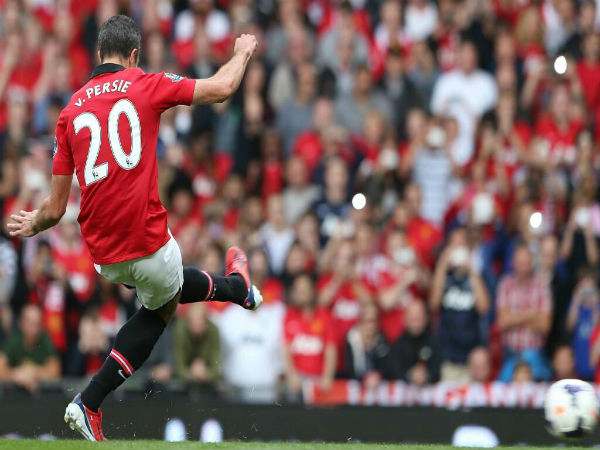 Norwich struggled to compete with Tottenham last week (commanding only 29 per cent of possession), which will be a real concern for manager Chris Hughton. Thankfully, it is still very early in the season and there is time for Norwich’s new players to settle in.

The Canaries will back themselves to win at home against what will be a desperate Villa side that has suffered nothing but defeat since its opening round win against Arsenal. Villa’s poor run will be too tough to turn around at Carrow Road.

The Red’s lost their 100 per cent winning streak in Wales on Tuesday morning, but had their former midfielder Jonjo Shelvey to thank for at least remaining unbeaten at the top of the table’s, after he gifted his old club two goals. Liverpool returns to Anfield to host a Southampton side that did everything but find the back of the net against West Ham, last weekend, despite dominating for 90 minutes.

The Saints will need to adopt a defensive game plan in this one. However, an inform Liverpool should have too much strength, despite the loss of slippery midfielder Philippe Coutinho to injury.

Newcastle has managed two consecutive victories that could build some momentum for the club, the most recent at Villa Park. The Geordie supporters are a tough crowd to please, and perhaps their dissatisfaction is strong enough to negatively affect players’ confidence. This week presents the players with the perfect opportunity to win back their supporters’ confidence.

Newcastle will expect to win comfortably against Hull. The Tigers’ have been dealt a horror draw with their first three away trips being at Chelsea, City and now Newcastle; but things will get better for them.

West Brom’s late equaliser at Fulham last week would have relieved manager Steve Clarke, as it was his side’s first goal of the season. The Baggies haven’t been playing as bad as their results show, and should go into this game more confident of a win than their Wearside opponents.

Sunderland was played off the park by Arsenal last week, for large periods of the match, and despite pulling themselves level, a defeat always looked inevitable. It has far too many problems in defence, conceding eight goals in four matches. It’s difficult to envision an improved result here.

An incredible performance in goal by veteran Jussi Jaaskelainen saw the Hammers escape with a point against Southampton last weekend. Manager Sam Allardyce voiced his concern at the fact that it was his sides’ third game in succession without a goal, but has only conceded just the one goal in four games.

Everton is on a high following its win against Chelsea last time out, and will travel to London full of confidence.

West Ham’s defence has been very tight, but Everton will be too good here.

Chelsea vs. Fulham 2:30am Sunday EST

Chelsea’s new found optimism under manager Jose Mourinho hit somewhat of a reality check this week. Its 1-0 loss to Everton was followed by a shock home loss to Basel in the Champions League Group Stage on Wednesday. In Mourinho’s first spell in charge of Chelsea, consecutive losses were rarely seen and the need for a rampant response here is massive.

Fulham on the other hand will travel the short distance to Chelsea knowing full well that this is a big chance to heap more misery onto it’s nearest rival.

Arsenal is in top form following its midweek Champions League win in Marseille and has now won 10 consecutive away matches, stretching back to March. If Arsenal can keep Stoke at bay and score an early goal in the meantime, the Potters, who are suspect at the best of times away from home, may fall apart.

Swansea finally looked to have found the form that has earned it such a glowing reputation in the Premier League against Liverpool, notwithstanding Jonjo Shelvey’s mistakes. The test for Swansea will be patience with quick ball movement. But even that might not be enough to break through as the Selhurst Park boys have shown determination to stay organised throughout and hit their opponents on the counter.

A stalemate is on the cards here.

The Bluebird’s will be eager to add Tottenham to its list of big clubs that have suffered in the Welsh capital this season. But the Spurs’ new players appeared to take the first step towards gelling as a team last week after their two-nil win over Norwich.

A narrow win is most likely.

It is incredibly difficult to separate these two sides. Manchester City will be hoping to bridge the gap that divided the two teams last term, in its quest to reclaim the English title. This game could be decided by the amount of Champions League travel (or lack thereof) that the two sides undertook during the week.

City travelled to the Czech Republic, mid-week, while United played in front of its home crowd at Old Trafford. It wouldn’t be a surprise if City were to tire late in a tight game.

Luke Sale is a second-year Bachelor of Journalism (Sport) student at La Trobe University; you can follow him on Twitter @lukesale1.