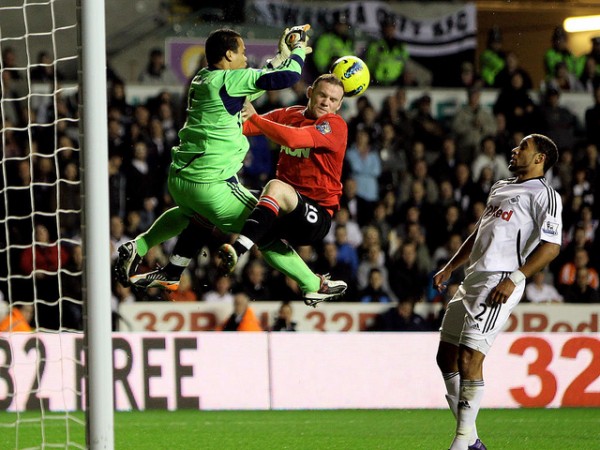 What a first few days of the season it’s been for Arsenal. Following last week’s defeat to Aston Villa, there were calls for its squad to be strengthened and Wenger to be sacked or resign, as it headed into its UEFA Champions League tie in Turkey. Five days later, Arsenal won 3-0 away against Fenerbache, and confidence within the squad will be at a neutral level once more.

Fulham, on the contrary, will be full of confidence following its opening away win against Sunderland. This will be another real fight for Arsenal.

Perennial slow-starters Everton will be happy with its opening performance against Norwich. Roberto Martinez will be targeting another strong outing in front of his new home fans, but it won’t come easy against a Baggies side that’s still kicking itself for conceding a late penalty in its loss at home last week.

It looks to be another narrow loss for Steve Clarke’s West Brom here.

Hull’s first 30 minutes back in the top flight would have been of grave concern for manager Steve Bruce. His team looked incredibly nervous against Chelsea, allowing the Blues to race to a 2-0 lead. The Tigers did improve remarkably after the break, but if they are going to survive in the top flight they need to eliminate these lapses and play a consistent 90 minutes.

Despite this, Norwich should get the three points after its draw at home to Everton. Keep your eye out for the brilliantly named Ricky Van Wolfswinkel. At £8.5 million, he could be one of the buys of the season.

The new season couldn’t have gotten off to a worse start for Newcastle, after its thrashing to Manchester City. Even the loyal ‘Toon’ supporters may begin to voice their discontent after just one home game come full-time on Saturday afternoon. Expect a response from the Magpies here.

West Ham opened with a solid 2-0 victory over Cardiff and will travel north knowing an away win will really kick start its season.

Make no mistake, the ambitious Saints of Southampton are in the Premier League to stay. A late win away at West Brom last Saturday was complimented with the £15 million, mid-week, signing of Roma striker Pablo Osvaldo.

Sunderland missed a great opportunity to start its season on a high, at home to Fulham last week, and it’s hard to see it having a better time of it on the South Coast.

Stoke City had star goalkeeper Asmir Begovic to thank for keeping it in the match at Anfield last week. It returns to its Britannia Stadium fortress to face Crystal Palace, in a game it will expect to win comfortably.

However, Palace was very well organised against the Spurs and if it wasn’t for an unfortunate penalty, many wouldn’t have found it being unworthy of a draw. If it is just as organised away from home, the Potters’ lack of creativity should be found out.

When Antonio Luna scored Aston Villa’s third goal against Arsenal last week, the traveling supporters were in ecstasy — and rightly so. Villa returns home from two of the toughest away trips (including a midweek match against Chelsea) with a win in the bank, and will face Liverpool brimming with confidence.

Liverpool will be hoping to build on last week’s victory by being much more clinical in front of goal. If it can do this, it will win.

Cardiff’s fixture list hasn’t dealt it an opportunity to ease into the top-flight comfortably; its first home game is against what will be a supremely confident City side.

City striker David Silva looks to be an instrumental figure in Manuel Pellegrini’s plans this season, and if Cardiff gives him the same space Newcastle did it could be a massacre.

There is some respite for Cardiff though. City’s Captain Vincent Kompany is out for two to three weeks, which could be cause for instability at the back for the Manchester outfit.

Tottenham’s big summer of spending may not yet be over. Brazilian forward Willian is reported to be on his way to North London for £30 million. This could pave the way for Gareth Bale’s desired big money move to Real Madrid.

If Bale’s move doesn’t come to fruition, then Villas-Boas’s squad is looking more like title contenders, than European hopefuls.

Swansea was disappointed after conceding four goals at home to Man United last week, and Michael Laudrup will want his side to tighten up its defence while praying for a quick goal on the counter.

Unequivocally the tie of the round, this will be the first opportunity for two title contenders to go head to head this season.

United was irresistible in patches last week against Swansea and will, as always, be tough to beat at home. That being said, it will be David Moyes’s first ‘big’ game in charge and how he copes with the pressure will factor into the result.

Chelsea had a mid-week home game against Villa which it narrowly won 2-1. Despite some unconvincing periods of play, the Blues have now got two wins from two games and will go to Old Trafford full of belief.

If Ferguson was still in charge, most would tip a United win. With him gone however, Chelsea may just get a point.

Luke Sale is a second-year Bachelor of Journalism (Sport) student at La Trobe University. You can follow him on Twitter @lukesale1.