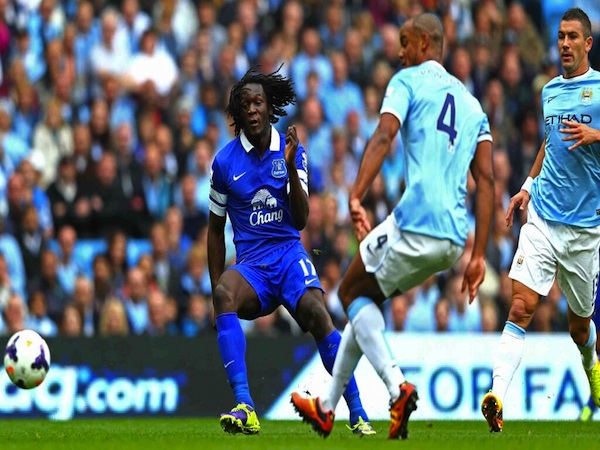 Newcastle returns to St. James Park with Loic Remy – scorer of two brilliant individual goals – to thank for a win in Wales last round. Fellow French winger Hatem Ben Arfa has also won games off his own boot for the Magpies already this season and Alan Pardew will be eyeing a stronger team effort to record consecutive wins to end what has been an inconsistent run for the club.

On the other hand, Liverpool will be looking to push its claim for a top-four spot and will be feeling confident against a side that hasn’t won at home since the end of August.

Arsenal vs. Norwich 1am Sunday EDT

Arsenal manager Arsene Wenger will be hoping the international break doesn’t halt his Gunners’ unbeaten run at home to Norwich, although it will be without star Mesut Ozil, who limped off the pitch during Germany’s World Cup qualifier against Sweden midweek. The potential exclusion of the play maker will certainly boost the hopes of the travelling Canaries, who are in the relegation zone, but it’s difficult to see them getting something from this one.

Chelsea vs. Cardiff 1am Sunday EDT

Chelsea returns to Stamford Bridge following a string of away fixtures in all competitions, and is presented with a game it should win comfortably. Cardiff has begun life in the top flight in relatively good shape, including wins over Manchester City and away at Fulham. However, it is a marathon, not a sprint, and it was perhaps handed a reality check at home to Newcastle last round – a game it could have almost expected to win. That result is likely to be backed up on Saturday afternoon.

The Toffee’s will be disappointed in the way in which they faded last round against Manchester City, losing their early lead, but have a great opportunity to bounce straight back on Saturday. Hull, meanwhile, will travel the short distance to Merseyside in search of a fourth consecutive game without defeat. The Tigers have probably over-achieved to be sitting in eighth thus far, so another surprise result could be a tough ask for Steve Bruce’s men this week.

PHOTO: Romelu Lukaku gets his fourth goal in three #BPL matches to open the scoring at the Etihad #MCIEVE pic.twitter.com/1xvcqniCCM

David Moyes will no doubt have been happy with his side’s last round win at Sunderland, but the reliance on 18 year-old Adnan Januzaj must surely remain a concern. This weekend presents another match in a run of games United is expected to win. Moyes has to find consistency quickly, but could be in for another tough week given the Saints sit in fourth place.

West Brom’s disappointing start to the season is over, following a win at Old Trafford and holding top of the table Arsenal to a draw last round. A trip to Stoke will prove to be a different type of challenge for Steve Clarke’s men, who will have to deal with a typically physical battle at the Brittania. The Potters meanwhile lie on the edge of the relegation zone and need to begin improving their results at home if they are to avoid trouble and start working their way up the table.

Swansea vs. Sunderland 1am Sunday EDT

Swansea is a much better side than its 15th placing suggests and won’t get a better opportunity to show it this Sunday at home to the still winless Sunderland. The Black Cats have named Gustavo Poyet as their new manager, since the home loss to United, and each of his players will want to show they’re worthy of a place in his best eleven by returning from Wales with at least a point. Even the bigger teams struggle with this trip, though, and it will be no different for the current whipping boys from Wearside.

This fixture presents City with a similar challenge to its visit to Aston Villa last month, a test it failed quite miserably. For all their class and experience, the Citizens struggled to remain composed and appeared rattled by the home support and their lesser opponents having a red-hot go. The Hammers will be no different in the stand-alone Saturday evening game. Sam Allardyce will want his side to be physical from the outset to get home supporters on-side and possibly snare a surprise result.

The Villains are on a good run of form, without defeat in three matches, and could be boosted by the return of spearhead Christian Benteke. There’s a different atmosphere inside Villa Park when one of the bigger teams comes to town, and Tottenham will have to be patient and control possession to keep the fans out of the game. If the Spurs can do that they should have enough quality to lift themselves back into the top four with a win.

This is a very big game for Crystal Palace. The south London side lies in the relegation zone and a loss to a similarly disappointing Fulham could leave it already seven points from safety, with an uphill battle on hand. The Cottagers recorded a much needed win before the break and will enter this derby fixture looking to finally kick-start their season and ease the pressure on manager Martin Jol, who has struggled to get the best out of his talented squad so far.

Luke Sale is a second-year Bachelor of Journalism (Sport) student at La Trobe University. You can follow him on Twitter: @lukesale1.