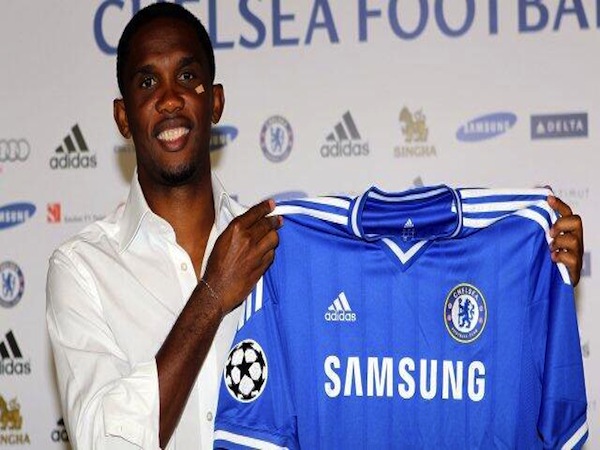 United’s failure to attract big names, in the off-season, led to a pricey last minute purchase of Belgium midfielder Marouane Fellaini, on deadline day. At Anfield, two weeks ago, United’s lack of presence and creativity down its spine really stood out in its 1-0 defeat, and it will be interesting to see if Fellaini can change that.

However, in a game its expected to win comfortably, the champion’s response here could be rampant.

This is a battle between two sides that struggled significantly last season, and presents an opportunity for both managers to show how well they have improved their sides over the summer.

Newcastle’s first win and goal for the season came last week, when classy winger Hatem Ben Arfa curled one from outside the box. So far it appears that the Magpies are relying on a strong defence, while praying for individual brilliance up front, which may well earn them enough points to stay in the league, but won’t be enough to please the Geordie faithful.

Villa will be too good here.

After just three games, it appears that West Brom’s surprising success last campaign has caught up with it, leaving it winless at the foot of the table.

Fulham, meanwhile, hasn’t had too much cause for optimism since its opening weekend win at Sunderland. Both sides will be desperate to get back on track, with this game, but are likely to cancel each other out.

This is the first clash of the season between the newly promoted sides. If these two were to meet later in the season, when the fight for points becomes much more intense, predictably the contest would be a lot tighter. But the fact that they are playing each other so early in the season, having already picked up early wins, means it is likely that both sides will play a freer brand of football. There will be goals in this one for sure.

Potters’ fans will have been rightly nervous when Mark Hughes replaced Tony Pulis in the summer, after his sacking at, then yet-to-be relegated, QPR in November last year. He hadn’t led QPR to an opening win by that point. However, his first three games in charge at the Britannia have yielded two wins, including one away from home – a rare accomplishment for Stoke, considering it managed just two last campaign.

Despite this being Hughes’s toughest test yet, City has not won at Stoke in the Potters’ four years in the top flight. A similar result here should not be discounted, but City should win by the barest of margins.

A deadline day that saw Arsenal smash its club-transfer-record, by signing German attacking-midfielder Mesut Ozil, has done wonders to the optimism of its supporters. Calls for both Wenger’s head have fallen on deaf ears after a great run of form since the opening day, and this should continue in England’s north on Saturday.

Sunderland was the first club to fall to new boys Crystal Palace, a fortnight ago, and remains winless this season. It’s difficult to see that form challenging the Gunners.

Tottenham’s manic summer of spending wasn’t enough to topple its fierce rival Arsenal, before the break. The Spurs’ only league goals have come from the penalty spot thus far, and their new squad will need time to gel.

At home to Norwich, this game is a great chance to generate some confidence and flow in the final third. A third narrow win for the north Londoners is the most likely result.

We are delighted to announce the signing of Samuel Eto’o… http://t.co/zHxoRj4TLq #CFC pic.twitter.com/0qj8GoTkMZ

Everton vs. Chelsea (Sunday 2am EST)

Roberto Martinez has a fantastic opportunity to get the Everton supporters on his side by beating a title-challenging Chelsea, come Sunday. It would be a result that could certainly kick-start the Toffee’s unconvincing season thus far, which has delivered a draw in each outing.

The bulk of the talk surrounding Chelsea this match will be on which striker begins the game. New signing Samuel Eto’o has had a fortnight to gel with his new teammates and it would be no surprise to see him oust Fernando Torres from the starting 11.

But Chelsea doesn’t have a brilliant record at Goodison Park.

A clash of footballing philosophies is likely to be on show at St. Mary’s Stadium on Sunday. It will be the passing and hard-pressing style of Pochettino’s Saints, against the combative, physical football familiar with Sam Allardyce’s Hammers.

Both sides are level on the table, have found their first wins, while also suffering results they’ll be disappointed with. A result just as equal can be safely predicted here.

Swansea vs. Liverpool (Tuesday 5am EST)

If this game was at a more Australian-viewer-friendly hour, then it would surely attract a greater audience. It will be a very attractive game for neutral football fans, as both sides play a similar quick-tempo passing style with the ball and a high-press one without it.

Liverpool will be delighted with its start to the season, that sees it top of the table with three consecutive 1-0 victories, including one over old enemy Manchester United last round. Despite this, Swansea won last time out at West Brom and will go into the match with the confidence of a home ground advantage.

Swansea should edge this one out.

Luke Sale is second-year Bachelor of Journalism (Sport) student at La Trobe University. You can follow him on Twitter @lukesale1.