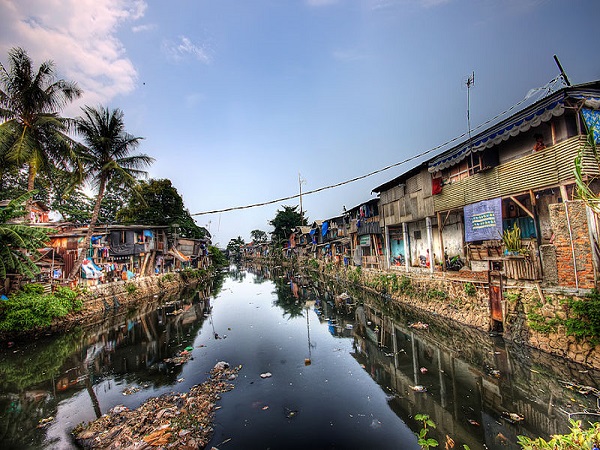 The Universal Declaration of Human Rights was the light at the end of the devastating tunnel that was the Second World War. The United Nations charter, adopted in 1948, was set to be the guide that ensured rights for all people, everywhere.

Article 22 of the declaration states: “Everyone, as a member of society, has the right to social security and is entitled to realization, through national effort and international co-operation and in accordance with the organization and resources of each State, of the economic, social and cultural rights indispensable for his dignity and the free development of his personality.”

However, some human rights have been prioritised over others.

For a long time the world has given precedence to political and civil rights; like the right to vote, the right to property protection and free speech, over economic, social and cultural rights. This includes rights to healthcare, education and standards of living such as sanitation and access to clean water.

Despite these rights being listed in the declaration of human rights, 65 years on, poverty is a widespread problem all around the world and equality is a long way away.

On May 5, the Optional Protocol to the International Covenant on Economic, Social and Cultural Rights came into force. This will allow people to seek international justice through the UN if these rights have been violated and ignored by one’s own state. The protocol also aims to encourage more policy throughout the world to tackle economic and social inequality.

Praising this action, the UN High Commissioner for Human Rights, Navi Pillay said terrible violations of economic, social and cultural rights are occurring every day, however, similar violations of civil or political rights would have drawn worldwide condemnation.

“This Protocol will help to address this imbalance,” she added.

While Australia is a member of the covenant, it has not taken steps to ratify the protocol, despite the fact that such actions would help the country promote these rights here and abroad.

Australia, by world standards, is well placed when it comes to access to clean water, education and health care.

A 2006 study by the Australian Human Rights Commission found that Australians consider basic rights, such as access to shelter, to be the most important human right. However, the commission has also found these are not properly protected under domestic laws.

ICESCR regulations have never been incorporated into Australian law. Therefore, these regulations cannot be invoked when filing a law suit against rights violations.

The rights to education and labour rights are protected by common laws and legislation. Rights are also protected through welfare programs, but the right to proper shelter is not protected by law. Like many other nations, Australia’s laws favour political and civil rights.

Ratifying the optional protocol will mean Australians who believe their social, economic or cultural rights have been violated can report these violations to an international committee, if all domestic options have been exhausted. The committee will then be able to request information, conduct investigations and make recommendations to the parties involved.

The government will not be legally forced to implement the committee’s recommendations, but any violations will be published and available to the public.

Chair of the Economic, Social and Cultural Rights Committee Zdzislaw Kedzia said ratifying the protocol is a “vital step towards a better protection of economic, social and cultural rights”.