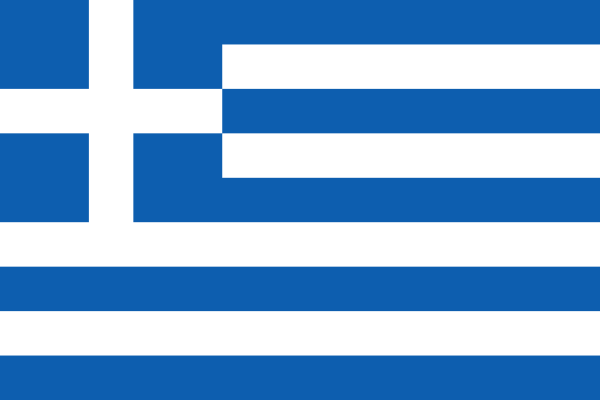 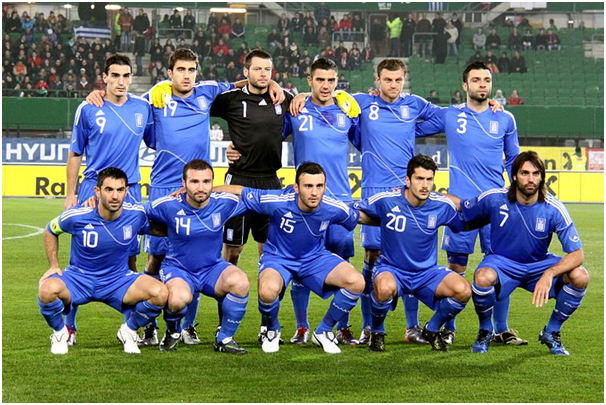 The Greeks topped Group F, finishing above fellow qualifiers Croatia. With a group that threw tricky away trips to Israel, Georgia and of course, Zagreb, the 2004 champions remained undefeated throughout qualifying, joining powerhouses Spain, England, Germany and Italy without a loss.

Defence, which had won the tournament in 2004, was a key to their passage towards Poland and Ukraine with only France, Italy and Russia conceding fewer goals throughout qualification. Not surprisingly, two of the three equal top goal scorers were defenders with Kyriakos Papadopoulos and Vassilis Torossidis netting two each.

Sokratis Papastathopoulos – Recently signing with Werder Bremen, Papastathopoulos has been a regular starter for the German outfit who have had a disappointing season. The 23 year old has been a revelation for the national team, contributing to the great defensive record with his strong build and tight marking.

Vasilios Torossidis – has become one of the world’s best right-backs, and has attracted interest from major European clubs. The Olympiakos star’s great versatility is an asset to the national team. He has the ability to play as both a defensive and aggressive wing-back, or hold the defensive midfield position.

Both players were pivotal to make up of the Greek defensive wall through qualifying and will continue to be throughout tournament. Although To Peiratiko has dangerous options going forward, these two defenders will be the stars of their campaign.

Sotiris Ninis – Signing on with Parma for the 2012 season, Panathinaikos’ starlet Sotiris Ninis has been touted as Greece’s next big thing and the 22 year-old has the ability to stand out at EURO 2012. Although Ninis was part of the 2010 world cup squad, the youngster did not have a real chance to show his range of skills – those of which have been compared to the likes of Edin Hazard and Theo Walcott. After being a prominent member of the qualification campaign, it could be Ninis’ time to shine.

Ioannis Fetfatzidis – Another young talent, Fetfatzidis was joint top goal scorer for the Greeks in the qualification stage. While the 21 year-old Olympiacos player has struggled to crack into the starting line up for Greek champions, he has shown moments of brilliance when given the chance. Known for his fancy footwork, the diminutive midfielder will be hard to miss at the tournament.

Fernando Santos – The Portuguese manager was appointed as the national team coach in 2010. Santos had taken the reign from Otto Rehhagel, who had famously led the Greek side to glory in 2004.

Adopting the role held by ‘King Otto’ (since 2001) has been a daunting task for Santos, who has had to gain the respect of both players and the public after the departure of such a historic figure. After managing stints with AEK Athens, Panathinaikos and PAOK, Santo’s knowledge of the Greek game and local talent is extensive and encourage the Hellenic Football Association to see him as the best man for the job.

Santos has created his own history with the Greek side, after losing only one match in charge and overseeing a national record of 17 unbeaten games. Along with this, Greece’s unblemished EURO 2012 qualifying record gave the Hellenic FA reason to extend his contract until the 2014 World Cup.

Known to favour the offensive 4-2-3-1 formation, Santos has been able to create a harmonious and successful balance with the genetic defensive nature of the Greek football team.

Entering the tournament as 150-1 outsiders, the Greeks were expected to finish dead last in Group A with hosts Portugal, Spain and Russia. The upset of the tournament was thought to be their victory over Portugal on the opening night but little knew there was more to come.

Making it out of the group by goal difference, the Greeks faced France in the quarter-finals, defeating them 1-0, and the Czech Republic in the semis, prevailing 1-0 in silver goal extra time. This set up a fairy tale final with the hosts in a David v Goliath battle.

On a memorable night in Lisbon, the Greeks lifted the title, completing one of the world’s greatest sporting stories.

In arguably the easiest, but most even group of the tournament, the Greek’s qualification record and form should mean they will get out of the group. If tournament form is anything to go by, the Ethniki could suffer from stage fright, unable to live up to the heights of 2004, but the class of 2012 has changed since then.

Alex Pavlidis is a second-year Bachelor of Sports Journalism student at La Trobe University, who enjoys all of Melbourne’s sporting delicacies and football from home and abroad. This is his first piece for upstart. You can follow him on Twitter @pav035

upstart is previewing each of the final teams in the lead up to the EURO 2012.  Tomorrow’s team: Russia.