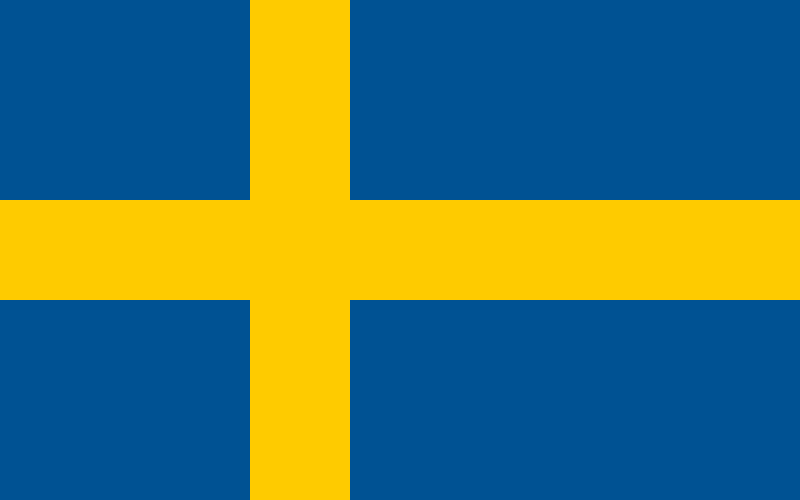 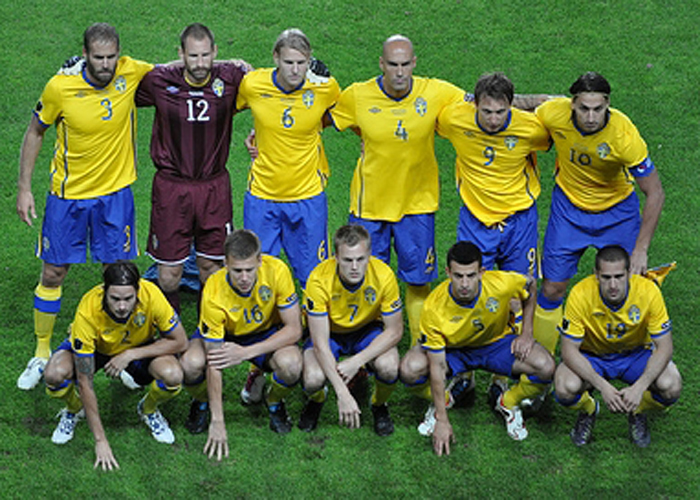 Sweden, lining up before a 6-0 thumping of San Marino (image: Kullez via Flickr)

Sweden qualified for EURO 2012 as runners-up of Group E, behind Holland.

The Swedish won eight of the ten matches, losing only to The Netherlands and Hungary away from home. They recorded emphatic wins over San Marino (6-0), Moldova (4-1), neighbours Finland (5-0), as well as a 3-2 win over Holland in October 2011 – a performance that will fuel their confidence as the enter the tournament.

Zlatan Ibrahimovic – footballers don’t come much bigger than Zlatan. Standing at 195 centimetres, and with an ego to match, Ibrahimovic is both loved and loathed wherever he seems to go.  Having played for Juventus, Inter Milan, Barcelona and now AC Milan, Ibrahimovic is strong, fast, dangerous in the air, has a powerful shot, and a bag full of tricks and skills.

Ibrahimovic was named captian of Sweden for the tournament, and his country will need his goals – he slotted 33 last season for Milan, as well as five for Sweden in qualifying – if they are to stand a chance of progressing from the group.

Kim Källström – playing in the midfield at Lyon in Ligue 1 is usually a good place to pick up trophies, and this is certainly the case for Källström; who has won six at the French club – including back-to-back league titles in 2007 and 2008. Källström plays a key role for Sweden, and will be tasked with holding onto enough possession and feeding Ibrahimovic in front of goal.

At just 29 years of age, Källström has already won 90 caps for his country, and will surely be a feature of their set-up in years to come.

Martin Olsson – a major player in Blackburn’s relegation fight in the 2011/12 season, Olsson cemented his place as one of the league’s better left-backs, following a number of man-of-the-match displays. At 23 Olsson is one of the youngest players in an aging Swedish squad, but has enough experience to have a major effect at EURO 2012.

Erik Hamrén – After winning league titles with Aalborg in 2008 and Rosenborg in 2009 &2010, Hamrén was appointed head coach of Sweden. His greatest international achievement thus far has been the 3-2 victory over the Dutch that ensured Sweden qualified for the tournament, on the last match-day of qualifying.  Otherwise relatively unproven on the international stage, EURO 2012 will be a proving ground for Hamrén’s credentials.

While not an overly happy memory for Swedish fans and players, the semi final of EURO 1992 was unforgettable. As hosts, Sweden had a partisan local crowd at the Råsunda Stadium in Solna. Facing the reigning World Champions Germany, Sweden fell behind quickly to a Thomas Häßler goal in the 11th minute. Karl-Heinz Reidle doubled the German’s lead on the hour, but a penalty from Thomas Brolin gave the home side a jolt of hope.

The match looked finished when Reidle scored his second, but a 89th minute goal from Kennet Andersson lit up the match once again. Sadly, they could not find a third, and Germany progressed into the final. Even though Sweden lost, their fighting spirit made this a classic match.

Sweden face a tough test at EURO 2012, with matches against France, England an hosts Ukraine. Their opening tie with Ukraine will be a major – but passable – test for Sweden. The matches against an unpredictable England and a France team that is still re-building are not out of Sweden’s reach, but draws here would be acceptable results. Sweden may rely too heavily on Ibrahimovic’s form and goals, which may well see them finish third in their group.

upstart is previewing each of the final teams in the lead up to the EURO 2012.  Tomorrow’s team: France.