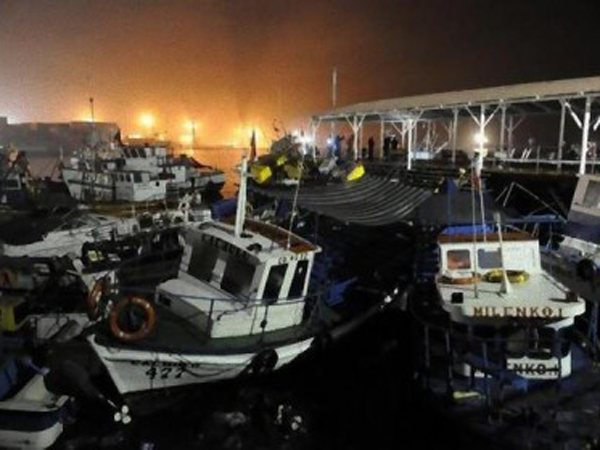 Under an hour after an 8.2 magnitude earthquake occurred 83 kilometers off Iquique, on Chile’s northern coast, the Pacific Tsunami Warning Centre issued a warning which was followed by an evacuation order from Chilean authorities.

This prompted the quick evacuation of more than 900,000 people from Chile’s coastline, leaving streets in gridlock as residents fled to higher ground. With tsunami warnings cancelled, they returned to reports of only six dead, a number that could have been more if not for their evacuation procedures.

These procedures were put in place after the deadly 2010 earthquake, also in Chile, which claimed 525 lives, most of which were attributed to the tsunami that followed soon after. Although this week’s tsumani generated waves of up to two metres in comparison to the 10 metre waves that hit the coastline in 2010, the danger of such devastating events occurring again is still very real.

Due to this high risk, the Chilean government has set up an extensive tsunami warning system. The system includes sirens in coastal areas and intricate evacuation procedures. The system has proved invaluable to the Chilean community since its first test in 2010; the amount of people able to evacuate in such a short time a testament to its success.

Further proof can be found online, with people being able to take videos of the evacuation before, and find time to put them online before evacuating.

Another measure implemented since the 2010 tsunami is the reinvention of building codes. The changes to building codes have resulted in structural upgrades for buildings in earthquake-affected areas, thus enabling them to handle minor quakes without being at risk.

These preventative actions taken have been recognised and respected througout the international community.

Head of the UN Office for Disaster Risk Reduction, Margareta Wahlström said, “The effective disaster response and preparedness strategies of the Chilean government are vital to the safety and well-being of everyone.”

“We saw the tragic loss of life which occurred from similar but more deadly events in 2010 and it is very encouraging to see that effective measures have been put in place since then.”

After the Boxing Day tsunami in 2004, the Australian government created the Joint Australian Tsunami Warning Centre to help Australian and southern countries in the region prepare for tsunamis. This action shows that not only those residing in Chile are taking preventative measures.

Speaking to upstart, senior seismologist at Geoscience Australia, Jonathan Bathgate, highlights the importance of having a similar system in Australia.

“It’s crucial to get the information out as quickly as possible. Countries that reside close to the plate boundaries have very little time to react,” Bathgate says.

This rings true for countries closer to the plates such as New Zealand and Indonesia, both places the system helps to support. The system is able to issue warnings within 15 minutes of earthquakes, the speed of these warnings, according to Mr Bathgate, is “significant”.

“In Chile for example, a lot of people were evacuated and that takes time. The more time you can give to people to move out of the way or at least prepare, certainly goes a long way to mitigating the impacts of what’s coming,” Mr. Bathgate says.

The recent earthquake in Chile has shown these systems of prevention are making a difference.

Earthquakes and tsunamis will never stop occurring, so the only way to combat them is to prepare, and with advances in pre-emptive measures available, death tolls like those seen in the boxing day tsunami and the 2010 Chilean earthquake may start to become a thing of the past.