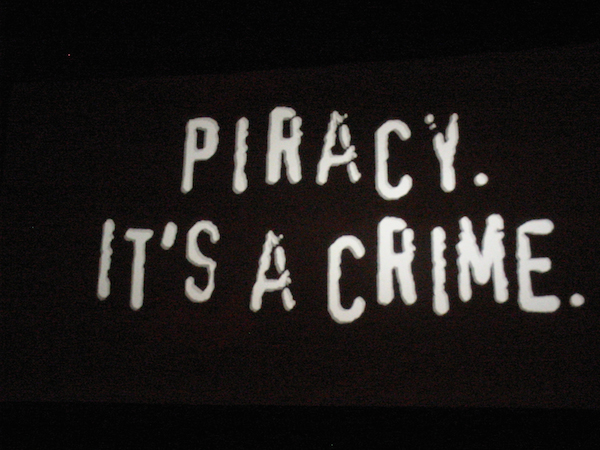 Media piracy is by no means a recent concept.

In the 1900s, the mass printing of sheet music and the advent of the piano as an instrument led to illicit reproduction of music.

In the 1950s, illegal vinyl reproduction was rife, although difficult and less accessible to the public than piracy as we know it now.

Analogue tapes for a home audience really took off in this era, with the compact cassette for audio and VHS for video entrenching themselves as the respective standards in their fields.

The cassette technology made for a lower quality of sound than vinyl, but was cheaper to produce. It was also less unwieldy than 8-track and reel-to-reel players.

What really precipitated the explosion of the cassette was Sony’s Walkman – all of a sudden, music could be listened to on the go – and the manufacture and sale of blank tapes.

The accessibility and price of blank cassettes created a market for home recording of music that hadn’t existed before.

People of Generation X will remember listening to songs they’d recorded off the radio on to blank cassettes (bookended by the chatter of hosts of course), while it was possible with some patience to make mix tape compilations of songs from various sources – a precursor to today’s playlist culture.

It was also not uncommon to dub entire albums, the small physical size and cheapness of the cassette lending itself to sharing and swapping.

The UK’s music industry trade association, the British Phonographic Industry, was threatened enough by the practise to launch the “Home Taping Is Killing Music” advertising campaign. 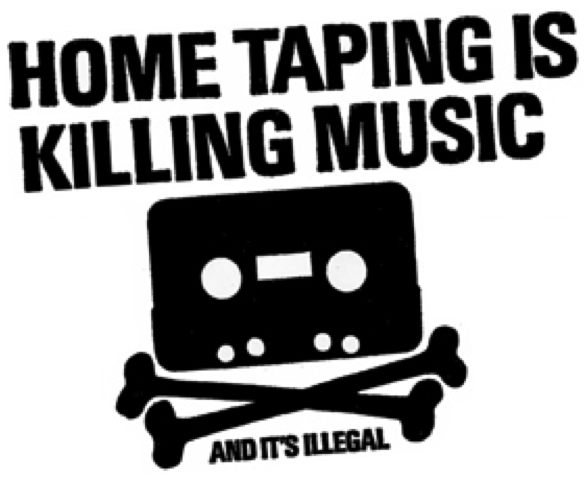 Home Taping Is Killing Music logo. The cassette is stylised to look like a pirate Jolly Roger
The campaign made the argument that the ability to tape songs off the radio would stop consumers from buying in the standard way.

At the same time, the availability of blank VHS tapes created similar conditions for piracy of television shows and movies.

Video Cassette Recorder devices (VCRs) made it possible to record audio-visual information off television, similar to taping music off the radio on to cassettes.

It meant that an assiduous home recorder could amass a vast collection of material with cheaply and relative ease – with attention to detail it was even possible to pause the recording during ad breaks.

This ability was understandably concerning for copyright holders, and in 1976 Universal City Studios sued Sony Corporation of America in California District Court.

Universal alleged that as manufactures of the hardware, Sony were responsible for any copyright infringement that occurred from its use.

The litigation dragged on through other courts until 1984, when the US Supreme Court ruled in Sony’s favour.

The court ruled that people taping movies at home to watch later was fair use of copyrighted material, and that this was the overwhelmingly used function of the machines.

In his thoughts on that matter, Justice John Paul Stevens noted his concern that people recording TV shows to watch in their own homes might be breaking the law.

In the late 1980s and early 1990s, the rise of the CD also reverberated through the music industry.

The technology was far superior to the cassette, able to hold more music at better quality, and on hardware that didn’t degrade with every play.

It was only natural that it would replace the cassette as the musical standard, and it also made sense that as blank CDs became more prevalent that piracy would move to it as well.

With software like MusicMatch Jukebox, it was possible to make copies of songs from CDs in the form of MP3s and either maintain a sizable collection of digitally recorded music, or copy them to a blank disc.

At around the same time, the growing ubiquity of the internet completely changed the face of piracy.

The first and arguably still most famous program that allowed the sharing of music online was Napster.

Launched in mid-1999, Napster worked by allowing the user to connect directly to another and download songs from their music collection directly, in a file sharing system called peer-to-peer networking.

All of a sudden it was no longer necessary to have a physical copy of a CD to get MP3 copies of the songs on it.

The popularity of Napster surged – particularly as the rate of uptake on faster broadband internet went up – and the program quickly became a phenomenon.

Naturally this attracted the attention of the music industry, and when Metallica’s song “I Disappear” leaked on to Napster, the band took notice.

They sued the file sharing system and three universities in April 2000, bringing a suit to US District Court Central for the Northern District of California.

In it, they alleged that Napster facilitated the infringement of their copyright by allowing users to freely trade their songs “like a commodity rather than the art that it is”.

Napster settled the lawsuit in mid-2001, and, unable to ensure its software would remain 100% copyright infringement free, eventually closed down.

Many other peer-to-peer programs like LimeWire and Kazaa popped up to fill Napster’s void, but struggled with rampant viruses and copyright issues of their own.

While Napster sewed the seed for peer-to-peer content sharing (and copyright infringement), it was BitTorrent that made widespread sharing of large files possible.

BitTorrent operates similarly to how Napster did, but instead of connecting directly to one person’s personal library, several users who have the file being shared – called seeds – band together to allow others to download the material.

The end user downloads a small file that keeps track of the bigger file they’re downloading. When their download finishes, they join the rank of seeds.

With more available seeds, the files can be downloaded quicker.

This has made BitTorrent the perfect application for the sharing of big files, including episodes of TV shows and movies.

BitTorrent has become the primary facilitator of piracy worldwide, with America’s RIAA estimating that it accounts for up to 75% of its users copyright infringements.

It is largely BitTorrent users that the makers of the movie Dallas Buyers Club have been going after in its recent litigation in Australia.

The Federal Court had allowed Voltage Pictures to request information on users that downloaded their film, but stepped in when it became clear that Dallas Buyer Club’s demands would be exorbitant and beyond realistic claims of damages.

The court favoured allowing Dallas Buyers Club to claim the cost of buying the film.

Piracy in recent times has also taken to pages that link to sites like Kim Dotcom’s MegaUpload where copyrighted material can be downloaded.

Unlike BitTorrent, these downloads are hard to track – unless of course your government has been given the right to track your metadata.

If history is anything to go by, it’s clear that technological innovation will continue to drive both the legitimate and illicit media markets.

Rudi Edsall is a second-year Bachelor of Journalism (Sport) student studying at La Trobe University. You can follow him on Twitter: @RudiEdsall.