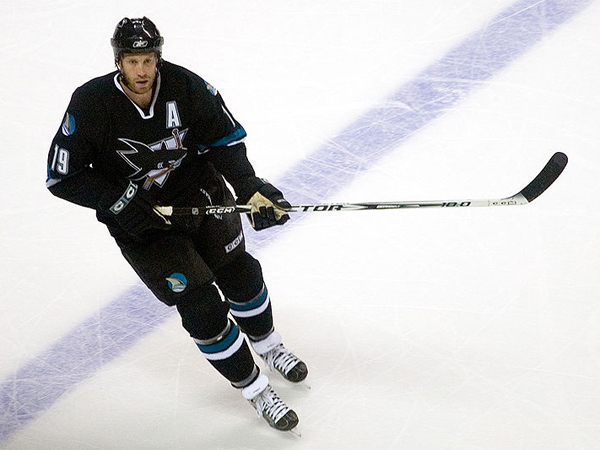 We leave with pen and notebook in hand, fresh batteries in the voice recorder and eyes wide open to the world around us on a mission to report everything we see.

But what if our training failed us? What happens when, after being pounded with examples of fine detail adding to writing and the need to capture every moment, we’ve overstepped our boundaries? Does such a situation even exist?

It does. There comes a time where blinders are compulsory and pens can no longer write freely. This place goes against everything we’ve learned from our years in journalism; it breaks every rule that we’ve been taught. But it exists. Welcome to the locker room.

Inside the dressing room, players feel at home, at ease. They’re the kings of the room, and we scribes are merely visitors to their domain.  In the interest of expediency, many mainstream sports allow reporters into the locker room to gather quotes from players who were not issued to a post-game press conference. This, to some, is an unthinkable concept.

“Our managers would say that the dressing room is sacrosanct,” said Philip Dorward, publicity manager for the English Premier League in an interview with Fox News. “It will be a long time before (reporters in locker rooms) comes to these shores. There’s no call for it.”

With the sanctity of the locker room in place, players see the line between on-the-record and off-the-record quotes clearly. They’re free to joke or to interrupt freely, seemingly expecting no consequence. That expectation created a major problem recently in the hockey world, as reporter Jason Botchford of The Province, a newspaper in Vancouver, published a quote that a player thought was off the record.

The scenario went as such: San Jose Sharks rookie Tomas Hertl had scored four goals in the Sharks’ previous game before heading on the road to take on the Vancouver Canucks. TSN reporter Farhan Lalji asked Patrick Marleau, a Sharks forward, about a fancy move by Hertl on his fourth goal, questioning whether or not it was too flashy, as if to taunt the other team. Joe Thornton, the captain of the team, interrupted the media Q&A that was happening at the locker next to his, that of Marleau. He said “Shut up, have you ever played the game? 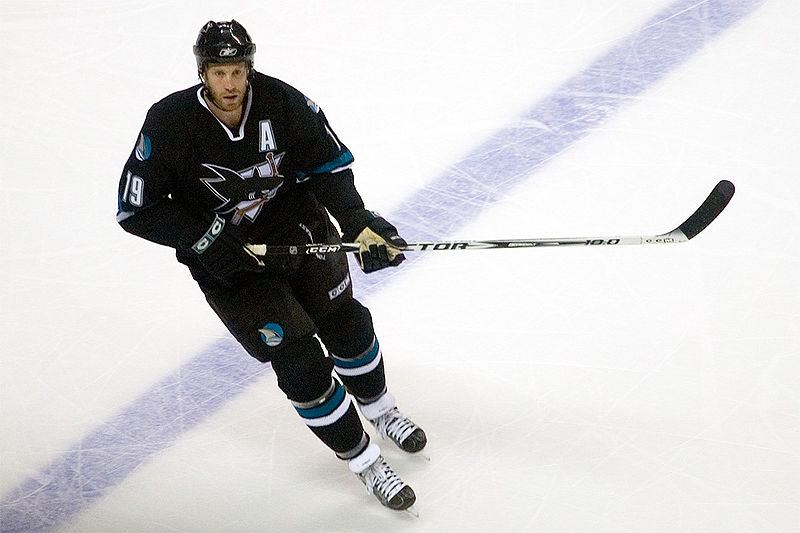 Joe Thornton’s (pictured) off-hand comment was quoted by journalist Jason Botchford. The incident sparked debate about whether all “locker room talk” should be regarded as off the record. Image: Elliot Lowe, Wikimedia Commons.

Obviously, the joke was inappropriate to the point where it couldn’t be aired on TV in the United States or Canada. The Yahoo! report of the incident said that Thornton’s joke was met with laughter from the group. Clearly all 20 reporters heard what he said, noted the nature of it, and moved on. Botchford wrote it down in his notebook, and he published it in The Province.

Immediately, the quote went viral in the hockey world. Yahoo’s report indicated that reporting the quote may have opened Thornton up to a fine from the league, which perhaps added to the outrage directed toward Botchford. The proverbial torches and pitchforks were quickly picked up by former players and other media outlets, led by San Jose media relations head Scott Emmert.

“I don’t think it would be a surprise to anyone in the industry that ‘locker room talk’ exists,” he said in a statement about the incident.

“Professional reporters understand that concept and respect it.”

Emmert also deemed Botchford’s decision as a “pathetic attempt to generate some page hits and controversy.”

While Emmert’s interests in the situation were clearly biased, as his paychecks come from the San Jose Sharks, neutral parties also indicated that Botchford crossed the line. The Yahoo report said “Ethically, Botchford was wrong.”

Toronto Maple Leafs player Joffrey Lupul went so far as to say on radio he’ll never speak to Botchford on or off the record again. “[Media are] given full access to our room. Where’s it stop? What else can they report on while they’re in there if you’re gonna [sic.] do things off the record? I would hope to not see that guy in our room and certainly I’d never give him a quote again.” He said he hoped other players would join him in blocking Botchford from access as well.

Botchford took to TSN, a multiplatform Canadian sports network (and subsidiary to the USA’s ESPN) to defend himself in an interview with a panel of hockey experts.

“Frankly, it was a pretty easy decision for me. It’s nonsense that this is off the record,” he told the panel. “I think it was appropriate to go forward and publish the quote for a lot of reasons.”

Immediately responding to Botchford’s answer, Mike Johnson, a former player and current panelist for That’s Hockey, was asked if he was surprised Botchford published the quote. “Of course I was,” he told host Gino Reda.

“There’s an expectation of privacy, of confidentiality in a dressing room.”

Botchford quipped back to Johnson a telling statement regarding the issue of where ethics and business in journalism clash. “I looked around, about half of [the reporters] had cameras. If any of them had reported it and I had not, I would have been called to the carpet and asked by my boss why I did not publish what could be one of the quotes of the year.”

Pierre LeBrun, hockey writer for ESPN and panelist on That’s Hockey also took Thornton’s side while Botchford listened in during a live interview. “I would not have gone with it,” he said.

“To me, that is off the record, that’s that ‘locker room banter’ where you know ‘okay, he’s having fun. Now let’s get the real comment and let’s get the tape recorder on.’”

Botchford’s defense of his actions did not end with an on-air interview in studios, though, as he published his own column defending his actions. “I understand the parameters of off the record,” he wrote.

“They do not include a player who shouts at media members in a locker room full of cameras and voice recorders, defending a teammate.”

Perhaps the divide between player and reporter on this topic was nowhere more evident than in one of Botchford’s final points relating directly to this story, rather than a hypothetical involving a hometown player. “The locker room is a work space when it is open to the media. A player would have to be naïve to think in 2013 what he says openly to a group of reporters would not be tweeted, blogged or aired.”

Clearly, on and off the record lines can be blurred when the expectation is not equally met. It seems, though, that the consensus in the sporting community (and among the other 19 reporters in the room at the time) is that inside locker rooms means outside the realm of reporting unless a player is directly spoken to.

While what Botchford did in standing by his work was admirable, it’s hard to defend him for reporting a clearly out-of-bounds joke from a captain in the NHL. Any fallout for him with the club or with players would be well deserved.

Brandon Weiss is a sports journalism student from the University of Missouri in the United States, and has previously written for several publications in mid-Missouri. You can follow him on Twitter @bmweiss18.