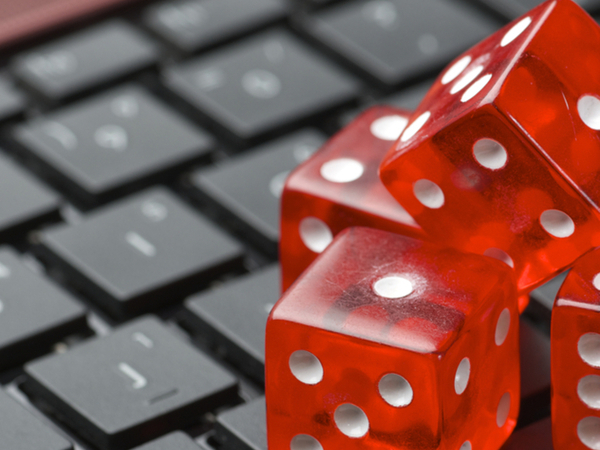 “The Hawks are the bookies’ favourites to win next year’s AFL Grand Final.”

In a journalistic sense, is there anything wrong with using the above sentence when reporting?

It’s a question that has polarised journalists, in particular, sports journalists in recent times.

On the one hand, it represents a colloquial comparison of teams and creates a base assumption for readers to form their own opinions from.

Just like pre-election polls, it gives readers an insight into the thoughts of a wider collective.

In a conventional journalistic sense, this is something hard to achieve.

Interviews are usually conducted with individuals who attempt to best portray themselves or their interest group.

By using the odds, the margin for bias is somewhat reduced because public opinion becomes defined by the forces of supply and demand.

But on the other hand, it illustrates the subtle yet hugely prominent infiltration of gambling vernacular into pieces of mainstream journalism.

As sections of society continue to struggle with the widespread effects of problem gambling, journalists are confronted with some important questions.

By incorporating gambling vernacular and odds based comparisons in pieces of journalism, are journalists breaking any laws or breaching any codes of practice?

And even if they are not bound by any regulation, what are the ethical considerations that must be made?

At the very heart of this question is a grey area that has formed within journalism. This grey area is located at the convergence of content and advertising.

This convergence is clearly displayed for these purposes in a Herald Sun article written and published prior to the 2015 AFL Grand Final.

It is written in a journalistic style and possesses the same definitive news attributes as other Herald Sun news articles.

“NOTHING says AFL Grand Final Day like a barbecue with mates and a flutter on the big game at the MCG,” Mr Gardiner wrote.

“The Hawks have been all the rage, attracting 70 per cent of money with the TAB to complete the three-peat.”

The article carries with it no disclaimer that a commercial agreement exists with the TAB and as such, it could be assumed by the reader that the article is a regular news article (which it still may be according to the Herald Sun).

Some people may be inclined to label such an article as native advertising but this would depend on other unknown factors.

The relationship between sport and betting agencies is one that is growing in public prominence.

“Denying suppliers from one State access to demanders in another through the internet is just as impermissible as denying them access to physical roads into that other State.”

Governments have also on occasion attempted to intervene, but their efforts have mainly been directed towards regulating advertising, not journalistic practice. In 2013, a parliamentary joint select committee on gambling reform complied a report with accompanying recommendations pertaining to advertising and promotion of gambling services in sport. Before handing down their final report, the committee called for testimony from Tom Waterhouse, an Australian bookmaker, who at the time had been a part of Channel Nine’s NRL coverage.

It was Mr Waterhouse’s capacity within Nine’s NRL commentary panel that was the aspect being questioned.

During the broadcast of matches, Mr Waterhouse was omnipresent and at times, he acted in a manner consistent with an expert commentator.

In their final report, the committee acknowledged this “blurring of the line” between journalistic content and advertising and its possible effect on children.

“The constant promotion of live odds at matches and within game play during broadcasts may have a normalising effect on children. This is because there is a blurring between advertising and the game so children may consider the live odds, for example, to be part of the game,” the report stated.

The report also cited Dr Christopher Hunt from the Gambling Treatment Clinic at the University of Sydney who flagged the possible implications of this “normalisation”.

“By normalising wagering associated with these sports, there is a high risk that the prevalence of problem gambling will increase as generations who have grown up with ubiquitous discussions of gambling around sport reach the legal gambling age,” Dr Hunt said.

But even before the committee was able to hand down its final report, the then Gillard government had already come to an agreement with Free TV, the industry body who acts on behalf of commercial free-to-air television licensees. Under the new arrangement, which sought to further distinguish between content and advertising, a number of key changes were made including the following changes that relate to the role of the commentator:

* All promotion of live odds by gambling companies as well as commentators will be prohibited during the broadcast of live sports matches.

* Representatives of gambling companies must not be at the ground or around the venue and must not appear with the commentary team. They must also be clearly identified as a gambling representative.

Although these regulations suggest that content broadcasters should refrain from using gambling vernacular, print based media is not subject to any such regulation. The Australian Press Council, who operate in a similar capacity to Free TV but for written media, have a range of guidelines for reporting in a socially sensitive manner.

These “advisory guidelines” cover topics such as bias, digital alteration of images, drugs and drug addictions, opinion polls, reporting of ‘race’ as well as other topics.

There is no such guideline that exists relating to the use of gambling vernacular within written pieces of journalism.

On this premise, the Herald Sun example does not appear to be in breach of any law or code of practice.

So perhaps a final step for journalists is to evaluate the ethical considerations behind a decision to use gambling vernacular.

In Australia, the Media Entertainment & Arts Alliance (MEAA) has a journalists’ code of ethics that provides a framework for journalists to question their personal judgment.

The code of ethics raises two particularly important considerations that may impact a journalist’s decision to use gambling vernacular in their pieces:

* Journalists will disclose conflicts of interest that affect, or could be seen to affect, the accuracy, fairness or independence of your journalism. Do not improperly use a journalistic position for personal gain.

* Journalists will not allow advertising or other commercial considerations to undermine accuracy, fairness or independence.

Once these questions have been asked and answered by journalists, they are free to make their own decision.

In essence, the use of gambling vernacular in pieces of journalism is widely unregulated, apart from the restrictions placed on live-sports broadcasters.

As betting agencies continue to rise in public prominence, and if the number of cases of problem gambling continues to rise, there is no doubt that the boundaries of this unregulated space will continue to be tested and redefined by journalists, betting agencies, the government and the public.