A large volcanic rock has been discovered by sailors and it has the potential to save the Great Barrier Reef. 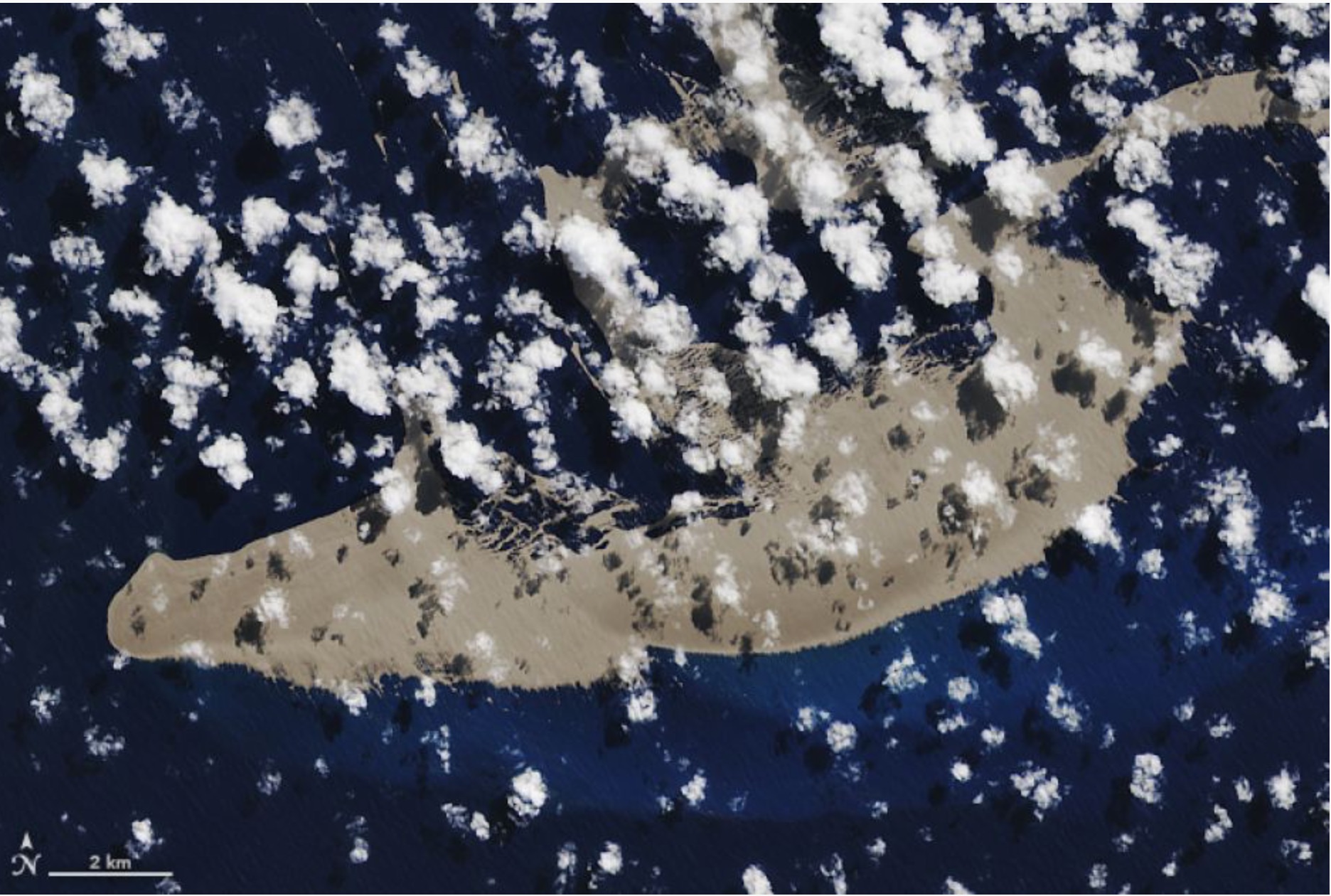 Australia has been notified of a vast pumice floating in the Pacific Ocean heading towards the coastline.

Where was it found?

Sailors Michael and Larissa Hoult first discovered a “total rock rubble slick” extending for kilometres around them in the Pacific Ocean near the Island of Tonga. Other sailors have reportedly spotted the “pumice raft” that has been detected from space by NASA, comparing it to the size Manhattan, Washington and 20,000 football fields.

What is a pumice raft?

A pumice raft as labeled by scientists is a mass of floating, porous rock that forms when a volcano erupts from the ocean floor. It occurs when hot lava, full of gas bubbles, cools in the ocean and produces pumice, which floats to the surface above the eruption.

How does this affect the environment?

Although this giant rock formation may look scary and dangerous, it is a potential vehicle for some marine organisms. Scott Bryan a geologist and associate professor  at Queensland University of Technology has studied underwater volcanic pumice for two decades.

He believes there is a possibility organisms such as algae, snails, crabs and even corals could attach themselves to the pumice raft which would serve as a “natural mechanism for species to colonise, restock and grow in a new environment.”

What does this mean for Australia?

With the rock arriving on our coast in an estimated seven to 12 months, experts are advising this “natural mechanism” has the potential to revive the damaged Great Barrier Reef. Bryan believes the pumice raft has the ability to “deposit new, healthy coral around the reef”, which would promote regeneration.

Are there any negatives?

Martin Jutzeler, a lecturer at the University of Tasmania who studies underwater volcanoes warns not everything about the pumice raft is positive. He told BBC that pumice rafts also have the potential to transport non-native, invasive species from one ocean habitat to another. Jutzeler also wants to make it clear tat there is the possibility the raft might not even make it to Australia.

“Over time it will probably break apart and disperse.”

Does this have anything to do with climate change?

Even with this pumice raft having the potential to regenerate the Great Barrier Reef, we cannot rely on it. We need to focus on a long term fix for climate change as the world’s coral reefs won’t be saved by a pumice raft.

Photo: NASA Earth Observatory images By Joshua Stevens available here and used under a Creative Commons Attribution. The image has not been modified.