The recent re-election of authoritarian president Lukashenko has sparked protests in Belarus. 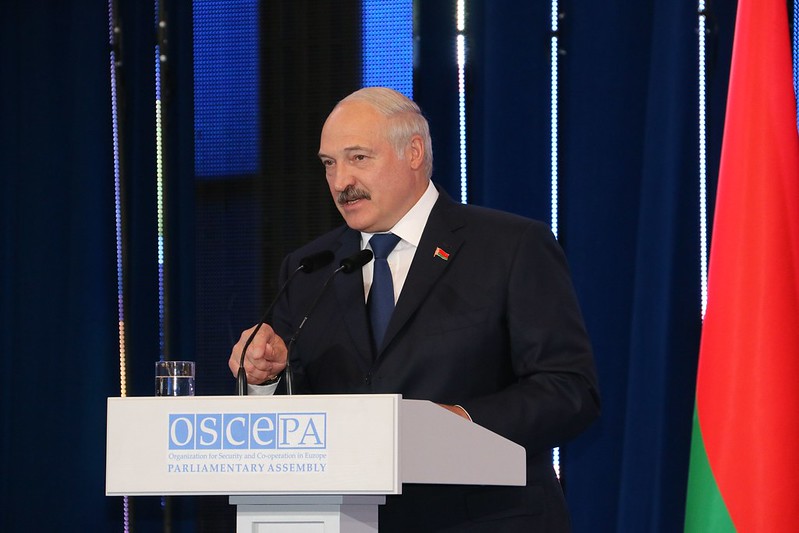 The recent August 9 election held in Belarus has led the country to an anger filled uprising, after long-standing president Alexander Lukashenko claimed a landslide victory.

Lukashenko, having held power since 1994, secured his sixth election with 80 percent of the national vote. His main opposition candidate, Sviatlana Tsikhanouskaya, was left with only 10 percent.

How did the violence start?

On Sunday, a released prediction of the polls was met with a night of extremely violent demonstrations. Thousands of protestors were met by police, using batons and fire stun grenades against crowds.

Protests in Minsk where citizens encountered the worst violence showed the use of water cannons, rounds of rubber bullets and stun grenades against protestors. There were two moments where police vans were driven into crowds of people.

The protest resulted in at least four people in intensive care, and one dead.

On the Monday, Tsikhanouskaya told reporters that she refused to accept the victory revealed by the country’s electoral commission.

“Of course we do not recognise the results.”

After the protests, the Interior Ministry denied reports of one death, calling it a “complete fake”.

What sparked the protests?

Having ruled the ex-soviet nation with an iron fist for over 26 years, Lukashenko was not believed to be the popular vote.

His opposition candidate Tsikhanouskaya, a former english teacher and political novice, filed her candidacy after her political blogger husband was jailed.

Two opposition candidates had been denied the opportunity for a place in the ballot. So, Tsikhanouskaya managed to unite the forces of opposition groups, drawing tens of thousands to her campaign rallies. Tsikhanouskaya often addressed a growing anger within Belarus’ stagnant economy and exhaustion over Lukashenko’s ongoing authoritarian leadership.

The current leader faced protests against his rule before voting took place, after citizens were made aware of other contenders who were either jailed or kept off of the ballot.

Characterising himself as a picture of stability, Lukashenko’s lead is often described by the West as dictatorial. The leader often uses this as an argument that the opposition is collaborating with foreign advocates to undermine the country.

Lukashenko later spoke sternly to the public, warning that the opposition would meet a strong response.

“Do you want to try to overthrow the government, break something, wound, offend, and expect me or someone to kneel in front of you and kiss them and the sand onto which you wandered? This will not happen,” he said.

Lukashenko then went on to address the push back, referring to protestors as “sheep”.

“Our response will be appropriate … we won’t let the country be torn apart,” he said.

Who is Lukashenko anyway?

Rising to power in 1994, the authoritarian leader has ruled Belarus for the last 26 years, serving 5 terms. The 1994 election is believed to be the last time that the country held a fair and free poll, judged by outside observers.

Prior to his first election, Lukashenko had made a name for himself as a passionate chairman of the parliamentary anti-corruption committee.

Lukashenko was the only known member of Belarus’ parliament to vote against a treaty for the dissolution of the Soviet Union.

The President has also been known for passing legislation that frees up opportunities to earn greater powers as the country’s leader.

The leader is particularly popular within the elderly and rural population of Belarus.