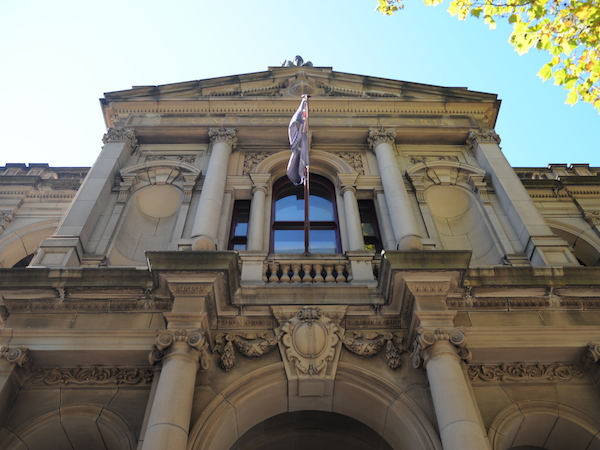 Open courts are fundamental to a just society. Suppression orders serve a purpose when they are issued to protect the identity and safety of witnesses, informants and victims in a criminal trial. But when courts suppress an extensive amount of detail from the public in order to protect the administration of justice, it can also become a great disservice to society.

Suppression orders have generated widespread legal debate in Victoria as they continue to be issued in large quantities, despite the introduction of the Open Courts Act 2013. This legislative change was established to regulate the number of suppression orders and to “strengthen and promote the principles of open justice and free communication of information”. Although, the Supreme Court of Victoria argue that no suppression order is issued without a valid reason.

In recent years, technology has added further complexity to the debate. Suppressing online media coverage and the views of users on different social media platforms might be considered trivial and beyond the court’s control. Perhaps suppression orders are a profound concept in the context of a digital society where opinions on public affairs are continually shared on the world wide web. But if we can’t subdue the views of the public, how can society adhere to this legal uncertainty? And what are the consequences of our actions?

“Publicity is the very soul of justice … It keeps the judge himself, while trying, under trial” – Jeremy Bentham.

Open courts are a symbol of open justice

Open court proceedings are a fundamental principle of justice. The idea that justice must be seen to be done has received a great deal of recognition over the years. The 18th century utilitarian philosopher, Jeremy Bentham, was a legal scholar known for his advocacy and promotion of open judicial proceedings.

“Under the auspices of publicity, the cause in the court of law, and the appeal to the court of public opinion, are going on at the same time,” Bentham wrote.

For Bentham, the image of open courts identifies a two-fold practice that keeps the courts accountable while the they conduct trials. More recently, the transparency of legal proceedings has also been adopted within the International Covenant on Civil and Political Rights (ICCPR).

Article 14 reads: All persons shall be equal before the courts and tribunals… everyone shall be entitled to a fair and public hearing by a competent, independent and impartial tribunal established by law. The Press and the public may be excluded from all or part of a trial for reasons of morals, public order (ordre public) or national security in a democratic society, or when the interest of the private lives of the parties so requires, or… in special circumstances where publicity would prejudice the interests of justice; but any judgement rendered in a criminal case or in a suit at law shall be made public except where the interest of juvenile persons otherwise requires or the proceedings concern matrimonial disputes or the guardianship of children.

The United Nations General Assembly introduced the covenant in 1966. However, Australia agreed to uphold and respect the ICCPR in August 1980, with a series of reservations. Although, there are no negotiations to the above article. This covenant is one of several treaties that make up the International Bill of Human Rights. This particular covenant article articulates the essence of justice within judicial administration. It explores the role of open courts in the public interest as well the exclusion of the press and the public.

It is important to note that the reference to the exclusion of the press and the public directly relates to closed court orders, not suppression orders. While these orders appear to be an exemption, they are rare and “one of the most severe encroachments” to open justice. Closed court orders should be applied only as a last resort.

To return to suppression orders, the Open Courts Act promotes the presumption in favour of disclosure of information before the consideration of a suppression order. The purpose of the Act was to re-establish the significance of the prevention of public disclosure of legal proceedings. Perhaps the requirement to introduce such an Act was the result of research that revealed suppression orders were issued far too often. Jason Bosland and Ashleigh Bagnall discovered that 1,501 suppression orders were issued from 2008 to 2012 in Victorian courts alone. It is clear that there is a critical concern around the ability to publish information given the history of open courts as a fundamental principle to justice.

The Internet and the consequences

Suppression orders have the ability to prevent reporting of the whole, or part of the proceedings. The former are known as ‘blanket’ bans that prohibit any aspects from publication. Bosland and Bagnall found that 36 per cent of regular suppression orders issued from 2008 to 2012 imposed such a ban. These restrictions prohibit the media and the public from publishing anything at all from such proceedings.

Remember: The courts are open, and the public are entitled to attend proceedings. The courts will not stop the public from publishing their opinions but they may punish the public for doing so. And unfortunately, this includes those opinions shared on social media and on the Internet.

Perhaps one of the most well known suppression order breaches was from journalist, Derryn Hinch, when he blogged about the criminal record of Jill Meagher’s murderer, Adrian Bayley. This breach cost Hinch 50 days in jail after failing to pay a $100,000 fine. This costly conviction was partly due to Hinch’s history publishing other restricted information.

The name ‘Adrian Bayley’ went viral and social media users shared information that were at risk of breaching a suppression order. Professor of Journalism and Social Media, Mark Pearson, said that the combined efforts on social media “offer a potential juror an array of circumstantial material… with a clear assumption of their guilt.”

The consequences for Hinch were severe but other media organisations such as Fairfax, the ABC and Nine Network were also responsible for breaching the order relating to Bayley. The result was a nine-month delay in Bayley’s trial. These media organisations could have been charged with contempt of court, although, no charges were laid. As reported by Lawyers Weekly, the general public “could inadvertently breach the suppression order” by utilising social media. In September 2012, Victoria Police took to Facebook to post the following message:

“To all our Facebook followers. PLEASE remember that it is inappropriate to post speculation or comments about matters before the courts. We ask you to refrain from posting anything on social media which could jeopardise or endanger the presumption of innocence, as this has the very high potential to interfere with the administration of justice.”

The court too fears that a trial by social media may jeopardise the presumption of innocence. While social media users can also face charges for their status updates and tweets, the masses of online publishers remain difficult to regulate. The Internet has provided a complexity that judicial procedures have not yet had the ability to adapt to.

When Hon. Philip Cummins told the Melbourne Press Club that we should put a lot more trust in jurors. Justice Simon Whelan said: “In the future, at some point… we will have to address the issue of the way trials are run and we may have to confront the situation where we assume everything is known.”

Perhaps in this future we can begin to comprehend Bentham’s idealistic philosophy to fulfil the principles of open justice as best we can.

Matt Marasco is a second-year Bachelor of Arts student with majors in philosophy and journalism. You can follow him on Twitter: @MattMarasco.