Multi-level marketing schemes continue to prey on the financially vulnerable despite the hardships of a global pandemic. 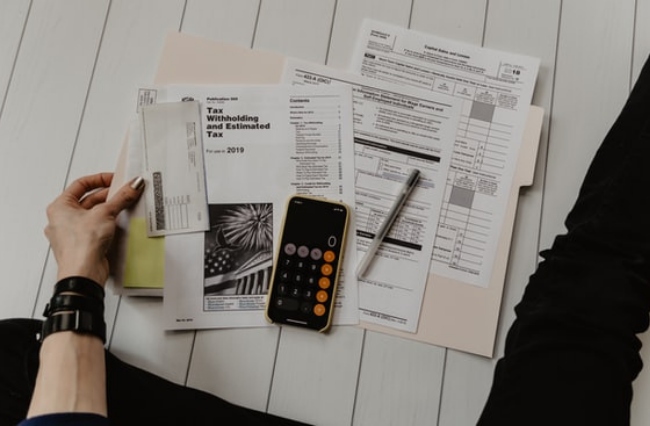 During this current global financial hardship, Facebook has seen an increase in colourfully designed graphics advertising Tupperware, gym wear and even essential oils. Whether it’s a friend from high school, an old co-worker or even your sister, these posts are often trying to sell us more than just a product.

Sharing personal accounts of how they were able to settle into a new life of success, they all seem to present a “once-in-a-lifetime” opportunity, one that promises a gateway into entrepreneurship and wealth. As innocent as it sounds, these people are often representatives of a multi-level marketing company.

What is multi-level marketing?

In order to participate, new employees would often be required to make an “investment” through bulk purchases of the product the company is selling. With just one percent of recruited sellers making a profit, this means more money is made through the “investments” made by the people they recruit rather than actual sales.

These companies place a heavy emphasis on recruitment and attract people with promises of wealth and the luxury of working from home. Instead, recruits are often left in worse financial situations, accumulate debt and sometimes even ruin their personal relationships from the stress placed on them by the company’s representative.

This is different from pyramid schemes which are considered scams that don’t actually sell any products and solely profit from falsely advertised employment opportunities. Although pyramid schemes are illegal in Australia, multi-level marketing isn’t. Despite not breaking any rules, many question the ethics of these companies.

Professor David Wishart, who specialises in corporate law and governance, believes these companies get away with what they’re doing due to a lack of monitoring from the Australian Competition and Consumer Commission (ACCC).

“Certainly, enforcement of consumer laws is always an issue. The ACCC has numerous functions and is not particularly well funded, so they can easily slip under the radar,” he told upstart.

The ban on pyramid selling holds businesses accountable, but many still call for stricter laws that will no longer allow them to benefit from legal loopholes. Prof Wishart says holding business socially accountable is more complicated when they aren’t legally breaking rules.

“The social responsibility of companies is a fraught issue,” he said.

“All companies are for-profit, unless they are charitable. Directors and officers act in the best interests of the company. The real penalty seems to be community pressure.”

Why are multi-level marketing schemes harmful?

Many have scrutinised MLM schemes for false advertising. Companies that rely on these types of strategies sell the idea of a lucrative career while often targeting financially vulnerable people, leading to the criticism of the ethics surrounding multi-level marketing.

Prof Wishart says the structure of these MLM companies exploit new recruits and only benefits those who sit at the very top.

“The pyramid selling structure is very detrimental. It fools people into paying for memberships on the promise of returns which don’t materialise,” he said.

“The focus is to get more people who are paying you to belong to the selling scheme. At the base is a vast number of people who will not get anything and have little chance of doing so.”

As the dangers of these companies have come to light in recent years, online conversations have been sparked to raise awareness. They also destigmatise the issue for many who have expressed embarrassment for being “roped in”.

24-year-old Sophie Anderson started an Instagram page dedicated to sharing anti-MLM content in a way that is both aesthetically pleasing and easily digestible, after realising how little information she could find about them.

“I had friends and family members joining these companies, and I wanted to share information and resources on my social media but when I couldn’t find what I was looking for, I decided to create the content myself,” she told upstart.

Anderson stresses that despite the growth in anti-MLM communities, the issue isn’t as commonly known about and hopes to raise awareness about the issue.

“There are lots of people out there who have no idea what MLMs are, and what they do to people. It’s important to spread facts and information about this industry so everyone can be better informed. This way they are more equipped to spot these companies and handle being recruited,” she said.

Can they be stopped?

These types of business have found ways to dodge the limits of law and many have called for tighter restrictions. With a lack of effort from government organisations, Prof Wishart says more should be done to manage MLMs.

“Regulation of activities should be stricter and enforcement should be well-funded, but people don’t want to pay for it. For the purpose of enforcement of the law, actions have to be taken against the company itself. Directors, officers and employees can sometimes be liable too if they are involved,” he said

Despite the attractive benefits these companies may illustrate, Anderson says that it’s a matter of being able to recognise these to keep ourselves and families safe.

“We all know the ‘appeals’ of MLMs but reminding your loved ones of the facts is crucial in saving them from financial hardship,” she said.

“There is still a lot of work to be done at a higher level. Until the laws that prohibit these scams from continuing to operate, we won’t see these companies held accountable in the way they need to be.”

Article: Achol Arok is a second-year Bachelor of Media and Communication (Journalism) student at La Trobe University. You can follow her on Twitter @AcholArok.

Photo: untitled by Kelly Sikkema available here and used under a Creative Commons Attribution. The image has not been modified.