The blue eye-beaded amulet is known for its striking image, but what is its true purpose? 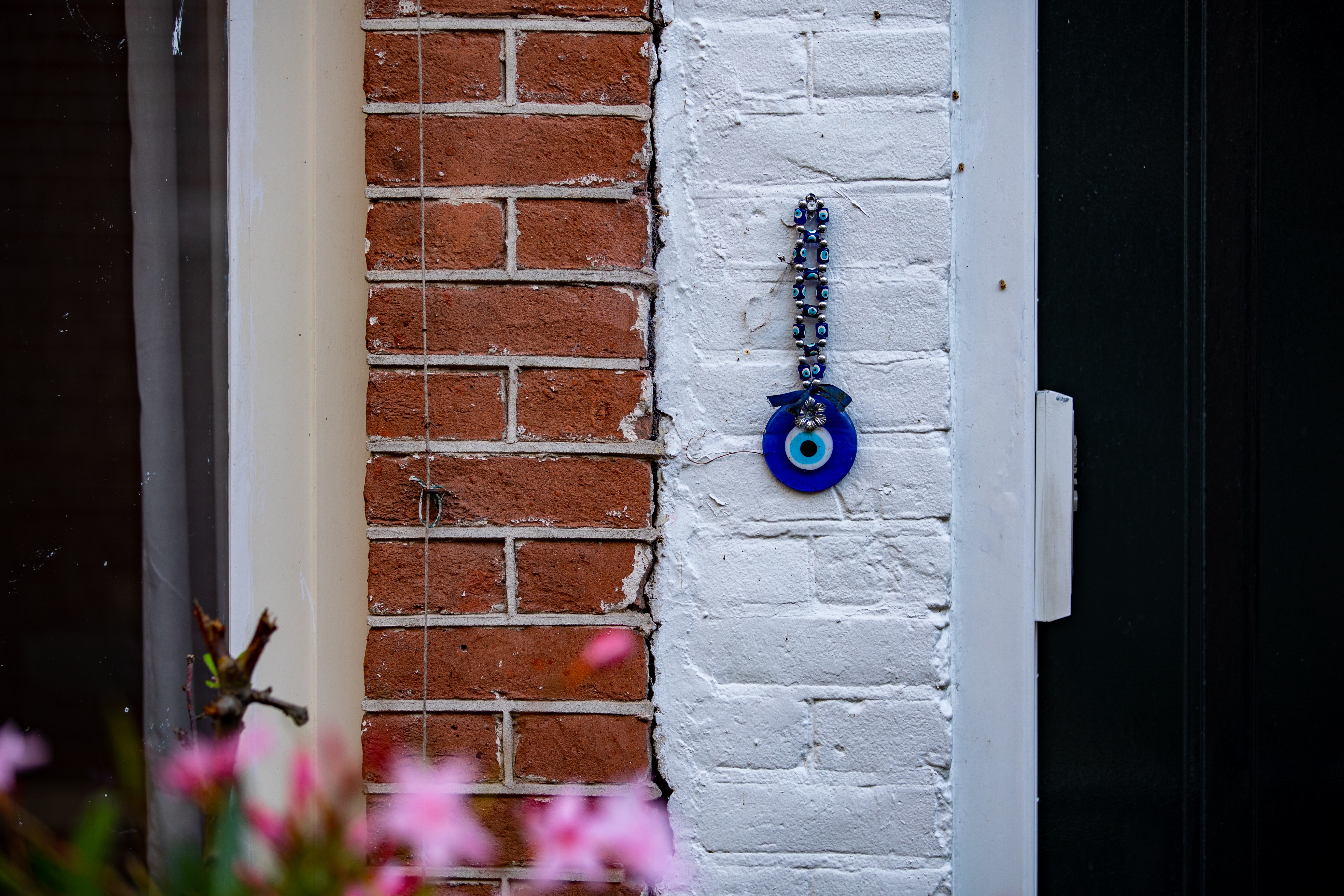 It’s 1982 in Thessaloniki, Greece, and Stella Lazaridou and her husband have been searching for the answers to her dizzy spells for almost five years. When her doctor was unable to give a reason, her niece knew a priest’s daughter in the village that was able to look for an explanation beyond the medical to explain her aunt’s behaviour.

The priest’s daughter chanted a prayer out loud, and suddenly the entire room started to shake as Stella began to sweat and run out of breath. Half an hour later, the priest’s daughter told Stella that a woman who had her love rejected by Stella’s husband had buried a piece of fabric in front of their house as part of a curse. Stella was shocked that the curse was meant for her husband. However, she happened to walk past the tree the day the woman buried the fabric and believed the bad spells began then. Stella and her husband then burned the tree down and took it far away to protect their family from the negative energy.

This is a family story 19-year-old Stella Tsairi was told by her grandmother, Stella. Her grandmother was describing the falling prey to the “mati”, or the evil eye, a form of curse seen in many cultures across the world. The evil eye is known to be a true act of jealousy.

For Marguerite Johnson, Professor of Classics at the University of Newcastle, this Greek anecdote typifies the colourful stories she frequently encounters in her folklore studies.

“A world without belief systems is a world without storytelling all of the beautiful things that make of folklore, which the Greeks have such a rich tradition of,” she tells upstart.

If you’re not familiar with the evil eye, here is everything you need to know about its history and cultural significance.

What is the evil eye?

The evil eye is a curse believed to be cast by a malicious glare from a jealous being. Another individual’s success can trigger others to manifest their envy into a curse, ensuring that person’s good fortune has turned.

“Matisameni” is a Greek word that refers to the practice, which falls under the Greek’s belief system of the evil eye. Johnson says the ancient Greeks have followed this practice for thousands of years as they understood there were larger forces.

“Most of them [Greeks] believed that the world was animated with supernatural beings, forces and unseen forces. They also believed that particular situations were externally imposed on them,” she says.

According to an anthropological study of people’s attitudes to curses, participants believed that family members and friends can be responsible for giving the eye. The more intimate the relationships are, the more likely the gaze will be successful. When this energy is successfully exchanged, the curse becomes an experience that lives throughout the body, dragging a sickness that was not there to begin with.

Greek-Australian Anthea Sarantos says she has battled with the “mati” (Greek for the eye) multiple times, rarely ever knowing the person causing it. Sarantos says her friends who had witnessed her experience noticed a discolouration in her face, almost like she’s about to faint.

“I feel as though I can’t catch my breath,” she tells upstart. “The only thing I can compare it [the curse] to is a panic attack or anxiety where it feels as though you cannot take deep breaths.”

The amulet, also known as Nazar in Arabic, is a talisman that wards off the evil (the curse).

Faith that a ‘good eye’ could be used as protection may have begun when the Egyptian god Horus lost an eye while fighting the evil god to save all humankind. Egyptians turned to this hieroglyphic symbol as a sign of sacrifice and rebirth, believing that it protects them from evil and disease.

Johnson says when someone put something like a talisman on and it makes them feel safe, it will make them more confident and calmer in navigating the world.

“Protection magic is often quite psychologically empowering for people who feel completely disempowered,” she says.

Despite its rich history, the evil eye amulet that protects people from the curse is popularly known for being a striking blue eye-shaped piece of jewellery. With A-list celebrities like Gigi Hadid endorsing the evil eye symbol in her shoe collection and Duchess of Sussex Meghan Markle spotted wearing one, the amulet has also become a fashion trend.

But for ethnic groups like the Greeks and other cultures whose ancestors have held onto this belief for thousands of years, the evil eye talisman is far more than a piece of beautiful jewellery.

“They need to know the religious purpose of it [the evil eye talisman]. Because even though it might seem just some sort of jewellery, the meaning is much deeper than that,” Stella Tsairi, granddaughter of Stella Lazaridou, tells upstart.

Warding off the curse can be performed through prayers and rituals. In Greek culture, reversal of the curse is known as ‘xematiasma’. According to Tsairi, this ritual can only be taught by the opposite sex, depending on the victim. And the ritual cannot be told.

“The ritual is a form of prayer that you need to read and memorise. You cannot say it out loud because others are not meant to hear it,” she says.

However, these days it seems that it is only grandparents who engage in these practices for most Greek families and other cultures, as young generations don’t have similar experiences of the evil eye. But Sarantos says that when the curse has been cast, there is enough belief in seeking protection from loved ones who can perform the rituals.

“My yiayia [grandmother] used to remove the curse by saying the prayer over a piece of clothing or accessory that was worn at the time of the curse,” she says.

“When the curse is being removed, the person removing the curse yawns a lot, so does the person who has the eye. This [the yawns] is apparently the curse leaving the body.”

Other cultures and their versions of the evil eye

The evil eye legend is widespread across other cultures and religions and can be found in Assyrian and Akkadian literature in the 7th Century BC. Since the Stone Age, civilisations in China and Africa have been protecting themselves by adopting amulets, prayers, and other devices.

Even Shakespeare jotted about the eye in his play Love’s Labour’s Lost, as the British believed an infected person can transmit the plague to another person through a glance during the Black Death.

In Italy, the evil eye or “Il Malocchio” activates through an envious look, similar to the Greeks. Italian-Australian Amy Maiolo says an insincere compliment can also set off the malocchio.

“If a person says that someone’s baby is beautiful, but it isn’t sincere, that is a way of putting the malocchio onto that baby,” she tells upstart.

“My grandmother would do a gesture of pretending to spit which was believed to prevent the malocchio in that particular.”

To protect themselves from the malocchio, Italians use a physical gesture in the shape of a horn, or their amulet called the “cornetti”, which looks like a hot red pepper. Many Italians hang the cornetti all over their houses to keep the malocchio away.

Despite never having encountered the malocchio, Maiolo still values the protection that finds her when she needs it from her relatives.

“I don’t have an amulet. But sometimes, out of an abundance of caution, I’ll make the hand gesture and remember my grandmother looking over me from heaven,” she says.

Photo: By Muhammed Zafer Yahsi available HERE and used under a Creative Commons Attribution. This image has not been modified.