As the saying goes – those that can’t do, teach. But can the same be said for our university teachers? 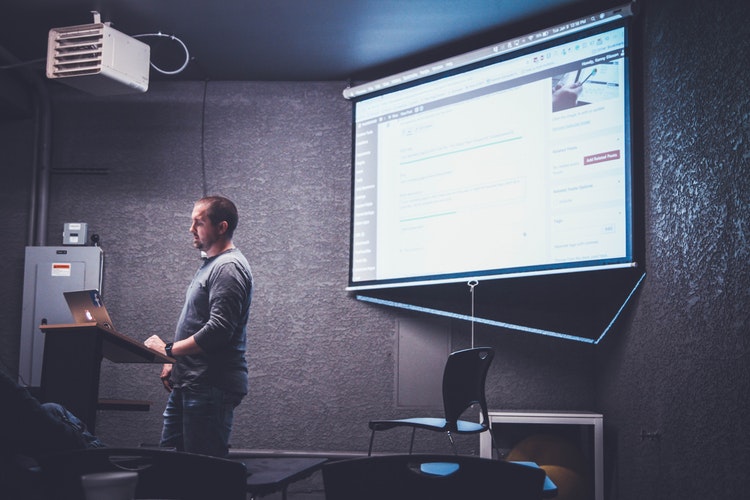 When I picture someone with a PhD, I imagine a doctor examining brain cells through a microscope or my therapist who sits across from me psychoanalysing my poor taste in men. What I do not imagine is my journalism tutor who stands before me in jeans and a hoodie telling me to call them “Shane”.

In fact, until recently, I didn’t even realise my teachers possessed a PhD. Or that their proper title as a full-time staffer at university was an “academic”.

Between preaching to a room of students more interested in their group chats than the PowerPoint slides and dodging an onslaught of irrelevant anecdotes from the mature age student in the front row, I figured my teachers had it pretty easy.

But it turns out there’s a lot more than meets the eye when it comes to the role of our lecturers and tutors.

Dr Liz Campbell, Professor of Criminal Law at Monash University says teaching is just the tip of the iceberg when it comes to her workload.

“The presumption is that the focus [of our job] is teaching, which is obviously really important but it’s usually like 20 to 30 percent of our work that focuses on teaching so there’s a lot else going on,” she told upstart.

So, if they’re not just sitting in their office, where does the rest of their time go?

Dr Vaughan Reimers, Senior Lecturer in Marketing at Federation University, explains how working hours at his university are divvied up between three components.

“We don’t work a standard nine to five week,” he told upstart.

“We have a set number of hours and then that’s allocated across three parts. You basically work a 38-hour week and 40 percent of that will be teaching, 40 percent will be research and 20 percent is what they call service.”

As a student, you’ve probably dealt with more of this ‘research’ component than you realise. That journal article you pretended to skim for about 24 seconds last night before adding it to your reference list was likely the product of an academic’s research.

Reimers explains that it’s the PhD possessed by academics that entitles them to carry out their own research.

“A PhD represents like a licence, a licence to undertake independent research,” he said.

“In the same way that once you get your Ps you’re licenced to drive on your own, a PhD represents your ability to undertake research on your own.”

Besides being paid to do so, Campbell says one  benefit that comes with researching as an academic rather than a student is the flexibility in choice of topics.

“On the plus [side], there is a level of autonomy in our choice of what we focus on in terms of research,” she said.

“You have that capacity, you’re your own boss, your own project manager in terms of what you’re focusing on.”

Campbell, for example, chose to focus her attention on the implications of face detection technology and biometrics in criminal law.

This research often comes with some pretty intense deadlines and criteria attached. Depending on the institution, Reimers says academics are expected to generate a certain amount of publications in order to maintain their researching hours.

“When you do you research and it’s completed, you write up the findings and submit it to journals and that’s how our findings are disseminated,” he said.

“Me as a senior lecturer, I have to get two publications a year. If I don’t meet that they’ll say: ‘Okay well we allocated you a certain amount of time to do your research, you haven’t done enough research given that time, so we are going to drop your research loading and increase your teaching loading.’”

The third part of an academic’s role often falls beyond the walls of the university. Reimers explains how service typically involves translating their research into real world implications.

“The idea is that universities represent a concentration of probably the most intelligent, or at least the most qualified people,” he said.

“So, the government started saying: ‘Look, we fund university budget and in return for that funding, we want you guys to start looking outside of yourself as well, and we want that research that you do to service a greater purpose.’”

After fires in the Hazelwood mines threw up toxic fumes across Morwell, Reimers was brought on board to employ his anti-marketing research into smoking prevention to assist with informing the policy decisions of local health groups.

Beyond this, academics are often required to dedicate their time in other forms too.

“Service is … not necessarily just research either,” he said. “I’m often asked to be a guest speaker.”

“So I might, for example, go and speak to a local business group and give a presentation on marketing, and that’s service as well.”

With so much encompassed in the one role, and with so much of it often going unnoticed by students and friends alike, it can be easy to question what the draw card for the job could be.

Campbell says it was the broad spectrum of the role that drew her in and keeps her engaged in what she does.

“It’s the diversity that got me into the role… I was doing my PhD and I was also doing some lecturing and that’s when I realised this could be career that suited me,” she said.

“I couldn’t be a researcher only because I think it would be too solitary but in turn I don’t want to just focus on teaching. I like being able to have a kind of reflection, have time for writing and publishing and of course that includes you’re teaching so they’re all interconnected.”

“I love my job. It’s a very rewarding job. I suppose [the] preconception that it be maybe teaching focused doesn’t kind of convey the complexity of what we do, but also the richness of what we do. The student, face-to-face, kind of interaction is fantastic.”

As university students, we endure 24 weeks of stress-inducing educational torture to be rewarded with the remaining 28 weeks to do as we please. Our teachers however, are not afforded the same luxuries.

“The major misconception that I’ve confronted or have seen in my time is when people say to me when the teaching finishes: ‘Oh, are you on holidays now? You must be, until teaching starts again,’” Campbell said.

“And you’re kind of thinking: ‘No, no, goodness! This is where I’m going to do all of my writing. Things are just so frantic during teaching time that if you get research done it’s a bonus.”

“People think we’ve got great holidays, and we do, it’s a really wonderful job and I love it, and I’m really enthusiastic about all aspects of it. But yeah, we definitely don’t get to put our feet up when we’re not teaching.”

But it’s important to note that not all university teachers work to this level. As Campbell explains, universities are seeing a rise in the employment of casual staff.

“There is definitely a casualisation of higher education… that shift is really in the past decade, it’s not particularly long standing,” she said.

This means that some tutors and lecturers will actually take classes on top of their day-to-day job. One of those casual staffers is Sports Marketing PhD student and Social Media Marketing tutor at La Trobe University, Carleigh Yeomans.

“The way it kind of works post-grad [graduation] is your PhD is expected to be your full-time job, but they understand you can’t live on nothing so they can offer you up to eight hours a week, or that is the general guideline,” she told upstart.

Unlike full-time academics, casual university staff will typically not hold a permanent office and tend to do a lot of “fly in fly out work”, as Yeomans puts it.

So next time you type out an angry rant to your professor who hasn’t returned that email you sent at 1am, maybe consider that there is far more going on that you realise behind those office doors.

Hannah Matchett is a third year Media and Communications (Journalism) student. You can follow her on Twitter @matchett_hannah.

Photo: Person standing in front of brown lectern by @neonbrand available HERE and used under a Creative Commons Attribution. The image has not been modified.