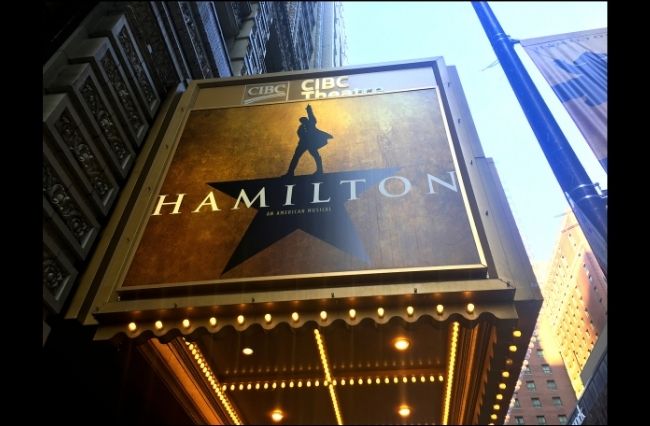 The award-winning Broadway musical Hamilton is set to make its way to Melbourne next year after a successful reception in NSW playing at the Sydney Lyric Theatre. Over the last six years since its debut, the musical has been a cultural phenomenon. And with over 250,000 pre-sale tickets sold already, the production is set to continue its successful run in Melbourne. For those of you who’ve missed out on the cultural phenomenon that is Hamilton, here is how it came to be a unique and well-loved production.

Renowned producer Michael Cassel Group has been in charge of the production in Australia. The group also manages other productions such as Harry Potter and The Cursed Child. Cassel has not made an official statement of where the production will be held in Melbourne but Timeout magazine predicts that the candidate location is Her Majesty’s Theatre.

He told the Sydney Morning Herald that tickets are still on-sale and will continue to see the daily progress of the show with tickets sales and audience feedback.

“So far, every performance has been a full-house and standing ovation at every show,” he said.

The production premiered in March this year and sold more than $40 million worth of tickets before the first showing. It surpassed the tickets sales of other famous productions in Australia such as Phantom of the Opera and The Lion King.

Even NSW Premier Gladys Berejiklian promoted Hamilton’s showing in Sydney and its attraction to a global audience.

“The musical is one of the most talked about Broadway shows, achieving massive success with a Grammy Award, Pulitzer Prize and a number of Tony awards,” she said.

Origins of Hamilton and a new take on US History

American playwright and actor Lin-Manuel Miranda coined the idea for the musical production after he had read a biography on Alexander Hamilton while on vacation.

In a video that showcased the origins of Hamilton, Miranda described the story to be “deeply moving and deeply personal” and that he found it to be “such a compelling ride”.

Alexander Hamilton himself is one of the prominent historical figures in US history being George Washington’s Chief of Staff during the revolutionary war and was the first US Treasury secretary. He grew up in poverty in the Caribbean and eventually was sponsored to pursue education in New York.

Hamilton made its Broadway debut in August 2015 at the Richard Rogers Theatre in New York. The musical narrative tells the history of the United States of America from Alexander Hamilton’s perspective as a migrant from the Caribbean and being able to influence the nation’s history. The play incorporates a mixture of hip-hop, jazz and R&B to present the play’s impact on cultural, political and educational aspect of the US.

In 2016 the production was recognized multiple times by the Tony, Grammy and Pulitzer Prize awards. Then a year later in December 2017, Hamilton performed at London’s Victoria Palace Theatre. After that, the show returned to the US and followed through with three national tours, one being a three-week showing in Puerto Rico in 2019.

Finally this year, the long-awaited music arrived in Sydney.

For Australian audiences, Hamilton may seem to be completely irrelevant because of its heavy focus on US history. However, people seem to greatly enjoy the show despite a slightly detached narrative. One review written by Cassidy Knowlton on Timeout magazine explained that the unique nature of the production is what really keeps audiences in their seats.

She wrote that the “performances are so solid” and that the music is “catchy” with “clever” lyrics that anyone, even without any knowledge of US history, will be mesmerised by the outstanding narrative and performances.

The unique perspective of Hamilton’s story from an immigrant being able to revolutionise a nation’s history can relate to the many migrants today who live in Australia.