As COVID-19 drives down the economy, the recession that follows will impact many. 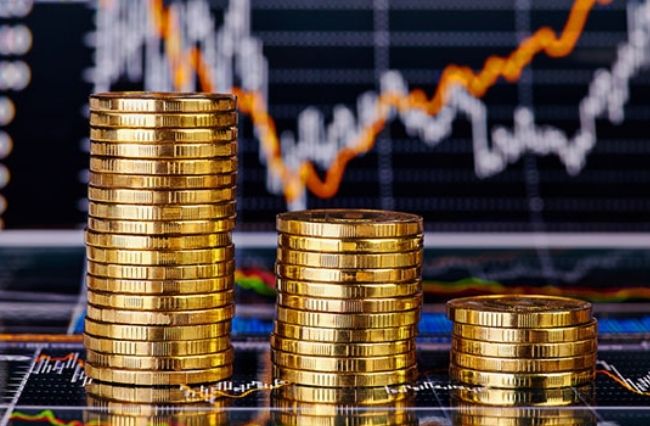 Australians will be eager to put this year in the past. Not only because of worldwide lockdowns but because we’ve fallen into our first recession since the early 1990s – one whose impact is likely to last well beyond this year.

In June, the Australian Government announced the country would head into this recession after the first lockdown. Although many Australians may know what’s it like to live through a recession, for young people it’s uncharted territory. So, if you’re unsure of what a recession is, or how it might affect you, here’s a breakdown.

What is a recession and how did we find ourselves in one?

To understand how we may be affected in the coming months and even years, one must first understand what a recession is.

According to the National Bureau of Economic Research, a recession “involves a significant decline in economic activity that is spread across the economy and lasts more than a few months.” Therefore, if a country experiences a significant drop in employment and a fall in their Gross Domestic Product (GDP) – the total market value of goods and services in a country at one time – for two quarters of the year, it will enter a recession. This is exactly what’s happened in Australia.

Another factor is employment. Because many businesses and services were forced to shut down until further notice, Australia’s unemployment rates have risen from 5.3 percent in January this year to a 22-year-high of 7.5 percent in July.

Meanwhile, due to the virus’ impact on the country, our economy has recorded two consecutive quarters of negative growth from minus percent in March to minus percent in June. Professor Ian Harper, the co-dean of Economics at Melbourne University believes September growth may not be much better.

“We’ll be very lucky if it’s even slightly positive for the September quarter but there’s some chance – and most forecasters are suggesting – that it will have returned to positive growth by the December quarter,” Professor Harper told upstart.

“But regardless, looking at these negative quarters now, that’s clearly a recession, not a depression.”

So, what’s the difference between a recession and a depression?

Put simply, a depression is just an extended recession, it goes on for a longer period and has a larger impact on the economy in terms of fallout and higher unemployment rates.

During the Australian Great Depressions in the 1930s and 1980s, the economy shrank for years and unemployment rates were 20 percent of the Australian population. This time, our economy hasn’t experienced such a downturn, and our government has been able to support citizens in ways it couldn’t back then. The Morrison Government has invested billions of dollars into keeping Australians in jobs, keeping businesses in business and to support citizens through JobKeeper and JobSeeker payments.

“In this instance, we’ve got more social interventions that we’re able to undertake because we’re a wealthier country than we were in either of those two earlier periods,” Professor Harper said.

How have people coped with recessions in the past?

In the early 1990s, Australia experienced a recession caused by the government which saw interest rates skyrocket between 1991-1992, and the unemployment rate hitting an 11 percent high.

At the time, Tania Goss was a 22-year-old working for Westpac and although she wasn’t heavily affected personally, she saw the damage it did around her.

“I didn’t have a lot of responsibilities. I paid rent, I put petrol in my car and that was pretty much it. So, it didn’t affect me a lot, but I knew a lot of people who lost their savings during that time and found it really hard,” she told upstart.

Goss worked as a bank teller and saw a lot of heartache as a result of the rise in interest rates.

Unlike today, where you can use Afterpay, Zip Pay and credit cards to pay off something, in the 1990s if you wanted a loan of any kind you had to go to the bank.

So, should we be worried?

Like most issues occurring in Australia at the moment, the biggest challenge here is that its uncharted territory.

Professor John Quiggin, senior research fellow in the school of Economics at the University of Queensland explained why.

“This recession is unusual because the pandemic has forced the closure of a lot of businesses, even though there is a demand for their service,” Professor Quiggin told upstart.

Unlike past recessions, the economic impact of this one was self-inflicted to reduce the spread of COVID-19. Professor Ian Harper believes this is actually a good thing that will help our country recover better.

But that doesn’t mean there’s no need to worry. For young people, especially those who are heading into jobs in the next few months or years, it could be a challenging time.

“Recessions mostly hit new entrants to the workforce and those in insecure employment the hardest,” Professor Harper explained.

Some advice for those about to enter the workforce.

Professor Harper suggests that in order to overcome this recession in a faster manner than previous recessions, young individuals should make use of this opportunity to have their voices heard.

“Please, please don’t lose heart! There’s really no reason to and to be frank, if you’re pining and thinking things have all changed and it’s not going to be the way it was, well that’s right, but isn’t change a good thing?”

Photo: Hedge fund by John Kleinheinz available HERE and used under a Creative Commons Attribution. The image has not been modified.