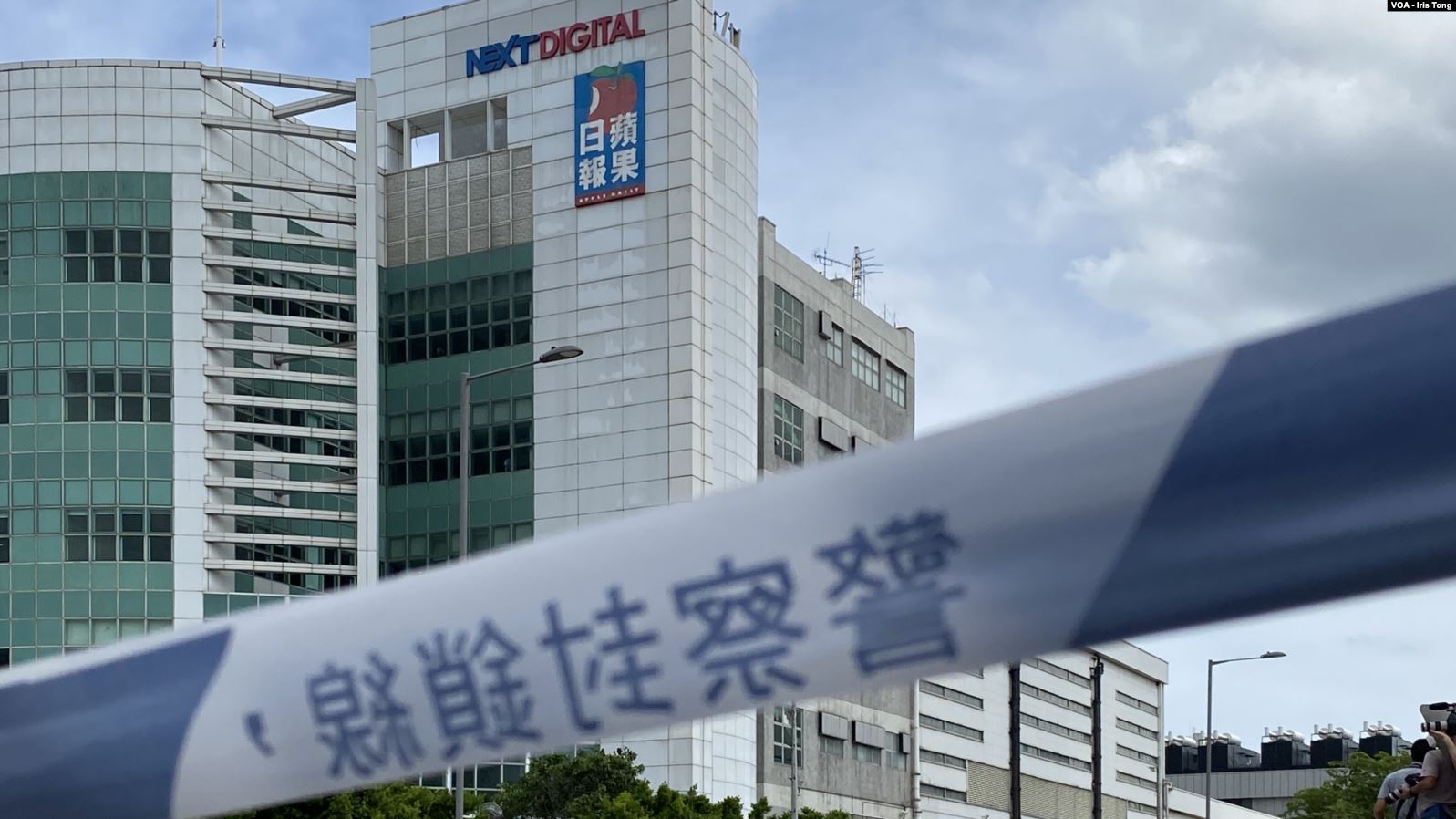 Two high profile Hong Kong pro-democracy advocates have been freed on bail after being arrested on Monday under China’s new national security law.

Hong Kong police escorted pro-democracy media tycoon Jimmy Lai through the newsroom of his Apple Daily newspaper, as around 200 officers searched the office of the tabloid publication and removed boxes of evidence https://t.co/SulI7RKV7w pic.twitter.com/T78iPoGiVG

Why were they arrested?

71-year-old Lai, alongside his two sons and four senior executives were arrested, after hundreds of police conducted a raid on the largest pro-democracy newspaper in Hong Kong.

Police said most of those detained were suspected of colluding with foreign powers, a crime punishable by life imprisonment.

23-year-old Chow was apprehended in a separate incident. She was charged with using social media to call upon foreign countries to impose sanctions on China.

Who is Jimmy Lai?

Originally born in mainland China, Lai, as a child fled to Hong Kong, and worked his way to the top of the city’s clothing industry as the founder of retailer Giordano.

Lai credits his political awakening to the 1989 Tiananmen Square massacre, which led him to switch from the garment industry to the media.

“I was Chinese but could never relate to China,” said Lai in an 1989 interview for The New York Times Magazine.

“I lived with that typical contradiction of overseas Chinese. But the students in Tiananmen changed all that.”

In 2008, Forbes reported Lai to having a net worth of $1.2 billion, placing him on the richest persons list.

As Beijing have moved to clamp down freedom, Lai’s newspaper grew more popular and became one of the most read publications in Hong Kong.

Many Chinese outlets are critical of Lai, accusing him of treason, due to his continued criticism of communist rule and frequent visits to Washington to rally support for Hong Kong democracy.

In February, Lai was arrested for his participation in a rally but was released.

“I’m prepared for prison,” he said earlier this year.

Who is Agnes Chow?

Chow rose to prominence when she was 17, during the 2014 student protests in Hong Kong, where she became one of the most recognised faces of the protest movement.

Following the 2014 protests, Chow helped establish the pro-democracy Demosisto party in 2016, which has recently become a frequent target of authorities.

In 2018, Chow attempted to run for the city’s Legislative Council, renouncing her British citizenship to do so, but was rejected after she published a pro-democracy manifesto calling for the self determination of Hong Kong.

She also postponed her studies, but didn’t view them as a sacrifice.

“Many people may see this as a sacrifice, but it’s not for me,” she says.

“I’m committed to fighting for Hong Kong and it’s nothing compared to those who have gone to prison.”

Chow was banned from leaving Hong Kong, after being arrested at a protest last summer.

What is the national security law?

On June 30, an hour before the 23rd anniversary of the Hong Kong handover to China, a new law was passed making it easier to punish protesters and reduce the city’s autonomy.

The law criminalises any act of:

Critics call it the “end of Hong Kong”, curtailing any freedom while the Chinese government says it will restore stability.

Lai was met with a mob of supporters after he left the Mong Kok police station, all chanting – “Support Apple Daily until the end”.

From the early hours of Tuesday, after Lai had been arrested, readers of the Apple Daily queued up so they can get copies of the paper.

#Hongkongers make a beeline for #AppleDaily paper in show of solidarity

Outside the Tai Po police station, Chow accused the government of suppressing and persecuting political dissidents, and rallied support.

“I hope that more people can keep their eye on the situation of Hong Kong,” she said.

“And I hope that Hongkongers shall not give up, and we shall continue to fight for our basic human rights.”

Photo: Photo by Iris Tong available here and used under a Creative Commons Attribution. The image has not been modified.

黎智英在美国智库 (2) by Voice of America available here and used under a Creative Commons Attribution. The image has not been modified.

香港眾志談立法會補選形勢2 by Voice of America available here and used under a Creative Commons Attribution. The image has not been modified.