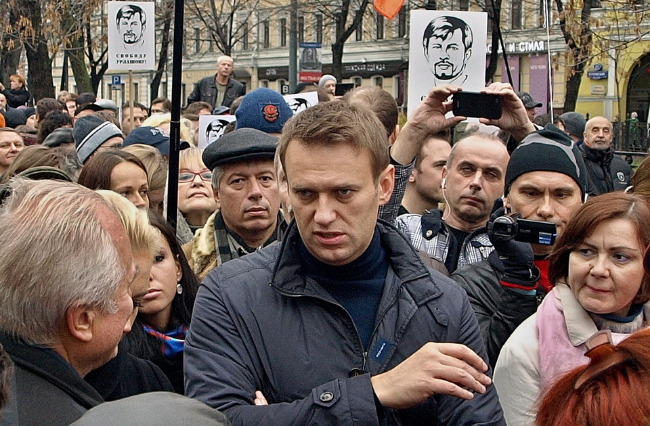 Russian anti-corruption campaigner Alexei Navalny has been in prison since January, leading to ongoing mass protests. Thousands have been arrested with many being victims of police violence. Navalny’s claims of Russian state corruption have gathered increasing support since his imprisonment along with growing distrust against current President Vladimir Putin.

But who is Navalny, and how did all this start? Let’s break it down.

Who is Alexei Navalny?

Alexei Navalny is a lawyer and activist who opposes financial corruption and centralisation of power in Russia. President Putin has been the main focus of his activism. The campaigns against President Putin have also resulted in a lot of notoriety for Navalny.

He began his activism in early 2010, blogging about corruption in the Russian state. But it was his YouTube channel that captured the public’s attention. He currently has 6.5 million subscribers and his most popular videos have over 100 million views.

Navalny’s videos struck a chord with a lot of Russians, particularly in younger demographics and those active on social media. His actions have angered many in power with some claiming that President Putin is afraid of Navalny’s potential to bring change in Russia.

How did all of this begin?

Navalny had been publishing videos in support of the Belarus protests claiming that a similar revolution would occur in Russia. He became ill on a flight to Siberia on 20 August 2020 and was taken to the hospital where he fell into a coma. Suspecting that he was poisoned and fearing for his safety, his wife got permission for Navalny to be taken to Germany for safe treatment. He was in a coma for over two weeks before awakening.

After making a full recovery, Navalny himself led an investigation into his poisoning. Despite suspicions by him and his team that the Kremlin (the Russian Whitehouse) was responsible, Navalny returned to Russia where he was detained on arrival.

Why was Navalny jailed?

In 2017, Navalny was arrested and jailed for various charges including assault, fraud and unlawful protesting. He maintained his innocence as the European Court of Human Rights (EHCR) ruled that the arrests were politically motivated. The arrests prevented Navalny from running against President Putin. During one of Navalny’s jail sentences, he was detained during President Putin’s birthday after he had planned to lead a rally against the Kremlin.

His previous sentences resulted in his current parole conditions leading to his latest arrest. Despite the Kremlin giving permission for Navalny to be treated in Germany, he was arrested upon his return under the charges of violating his parole conditions by leaving the country.

Why are people protesting?

Support for Navalny has been growing since his poisoning, along with distrust in the Russian government. On 19 January 2021, four days before his arrest, Navalny released a video called ‘Putin’s Palace’, claiming that President Putin owns a seaside palace valued at $1.3 billion [AUD$1.8 billion]. This heightened longstanding suspicions of financial corruption and sparked ongoing protests.

Navalny was transported to the prison hospital after his hunger strike caused concerns for his health. The strike is to protest against his imprisonment.

What’s next for Navalny?

Navalny remains imprisoned and his organisations have been banned with their operations being labelled as extremists. With Navalny’s survival uncertain and with an election in September, the situation remains volatile.