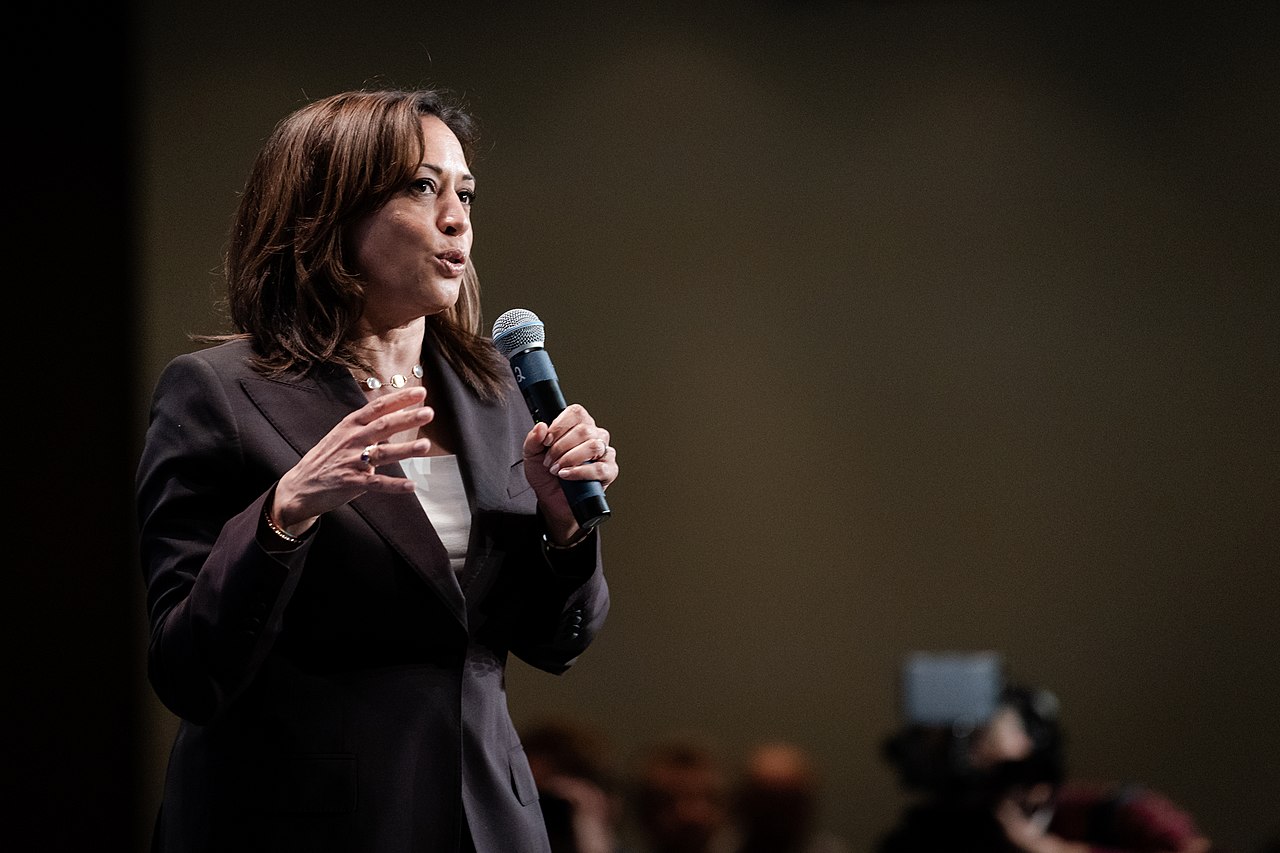 Biden’s decision ended months of speculation after announcing in March that he would choose a female candidate for Vice-President.

Why is this choice considered significant?

Harris is only the third woman in US history to be named on the ballot as Vice-President, and as the daughter of Jamaican and Indian immigrants, the first black woman.

Harris entered the race for the Democratic Party nomination in 2019 but was forced to drop out before the Iowa caucuses.

Harris failed to win over voters after being unable to clearly articulate her policy initiatives as well as clashing with Biden over his record on race at the first Democratic debate in June last year.

This live spat was thought to have ended her chances for the Vice-Presidency.

If Biden is to win the election he will surpass Donald Trump as the oldest elected president at 77 years of age.

Given his age, it is highly likely that Biden will only be a one term President, opening the door for Harris to be his successor in 2024.

Additionally, if something were to happen to Biden while in office and he could no longer run the country Harris would become the first female president.

What is her political background?

Harris started her law career as a prosecutor in Northern California and quickly transitioned into politics.

She was elected as District Attorney in San Francisco in 2003 and served two terms before being the first African-American and woman to serve as the Californian Attorney General.

During her career Harris promoted herself as someone who fought hard for everyday Americans.

As District Attorney she started a program that gave first time drug offenders a chance to earn a high school diploma and find employment and fought hard as Attorney General to hold corporations accountable and protect the state’s most vulnerable people.

Who were her competitors for the job?

Biden contacted every woman individually before announcing Harris as his nominee.

What have been the reactions from both sides?

Harris’ nomination was met with a mixed reaction from all involved in US politics.

I’ve known Senator @KamalaHarris for a long time. She is more than prepared for the job. She’s spent her career defending our Constitution and fighting for folks who need a fair shake. This is a good day for our country. Now let’s go win this thing. pic.twitter.com/duJhFhWp6g

Former Democratic presidential nominee Bernie Sanders tweeted his belief that Harris has what it takes to stand up for the working people of America.

Congratulations to @KamalaHarris, who will make history as our next Vice President. She understands what it takes to stand up for working people, fight for health care for all, and take down the most corrupt administration in history. Let’s get to work and win.

However, the Republican party has taken the opportunity to slam Biden and Harris.

President Trump tweeted a video with the slogan “phony Kamala” and highlighted all her “radical left” ideas.

A hiding, diminished, & incoherent Biden didn’t just select a VP candidate, he chose the person who will actually be in charge if he were somehow able to win.

Harris’ radical policies may be popular among liberals, but they are well outside the mainstream for most Americans.

Photo: Kamala Harris (48221235642) by Lorie Shaull available here and used under a Creative Commons Attribution. The image has not been modified.