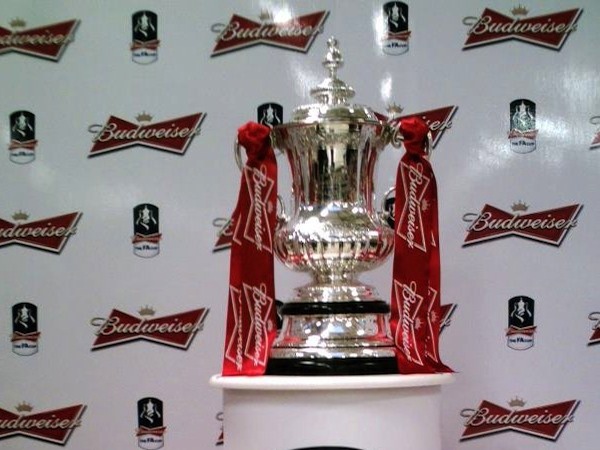 Manchester City will do battle for its second FA Cup title in three years when they face relegation-threatened Wigan Athletic in the FA Cup final on Saturday night (AEST).

Wigan has been hampered by several distractions in the lead-up to its journey to Wembley, having to deal with the danger of relegation in the league, as well as having its manager being touted as the frontrunner for the soon-to-be vacant managerial position at Everton.

Roberto Martinez has had a hard task in attempting to steer Wigan to safety in the league, while trying to focus on the chance for silverware on English football’s biggest stage.

Presently, it looks as if each campaign is hindering the other for the Latics.

On Tuesday evening, Wigan was leading Swansea 2-1 early in the second period of the Premier League fixture. It was enough for Martinez to think about ringing the changes, with arguably their most influential player throughout the season’s close, Callum McManaman, being replaced after just an hour.

However, the Spanish manager couldn’t rotate his squad as he would have wished, with two late goals for the Welsh side forcing Martinez to keep his best players on the field. The result was a double blow for Wigan, pushing them deeper into relegation trouble without being able to rest key players for Saturday’s trip to Wembley.

As if that wasn’t enough trouble for the men at the DW Stadium, Alex Ferguson’s retirement on Wednesday morning caused a chain-reaction of managers switching clubs.

Before Everton’s David Moyes confirmed he would be the new manager at Old Trafford, betting agencies had already opened a market for who would replace him at Goodison Park.

Martinez was the obvious frontrunner, after he almost left Wigan at the end of last season to take over at Liverpool.

In a further setback for Wigan, defender Jean Beusejour is a doubtful starter with a hamstring problem, while Maynor Figueroa is out with a groin injury.

Manchester City, on the other hand, sealed qualification for the Champions League during the week with a comfortable 1-0 victory over West Bromwich Albion.

Roberto Mancini was able to rest the likes of Sergio Aguero, David Silva and Yaya Toure in the victory, and will go into the Wembley final with a clean bill of health.

The Sky Blues were unable to retain their Premier League title, but have been on a brilliant run of form over the last two months.

Arguably Mancini’s biggest problem going into the FA Cup final will be which 11 players from his star-studded squad does he pick to make the starting lineup.

If the Italian adopts his favoured 4-2-3-1 system; Aguero, Carlos Tevez and Eden Dzeko will all be vying for the lone striker role up front. The trio have added 47 goals between them this season, three more than Wigan have scored collectively in the entire 2012/13 campaign.

The Latics have only faced Premier League opposition once on their road to Wembley, beating Bournemouth, Macclesfield, Huddersfield, Everton and Millwall to reach the final.

Meanwhile, City has easily accounted for Watford, Stoke, Leeds, Barnsley and Chelsea in an effort to repeat its 2011 FA Cup triumph.

The greatest aspect of the FA Cup is the underdog story. Whether it’s a pub team making it through the qualifying stages, a third-tier side beating one of England’s finest clubs, or a relegation battler making it to the final against the world’s richest club – there’s always the potential for a ‘Cupset’.

However, considering the stark contrasts of these two side’s heading into the final, there can only be one winner.

Mancini has an embarrassment of riches at his disposal. If ‘Plan A’ doesn’t work, it’s just as easy for him to look at another multi-million pound signing sitting on the bench and elect for ‘Plan B’.

Although Wigan’s journey to Wembley has been gallant, it’s hard to see the final ending in anything another than a Manchester City win.