Fan conventions are gearing up to give back the experience of large events to all those in Melbourne. 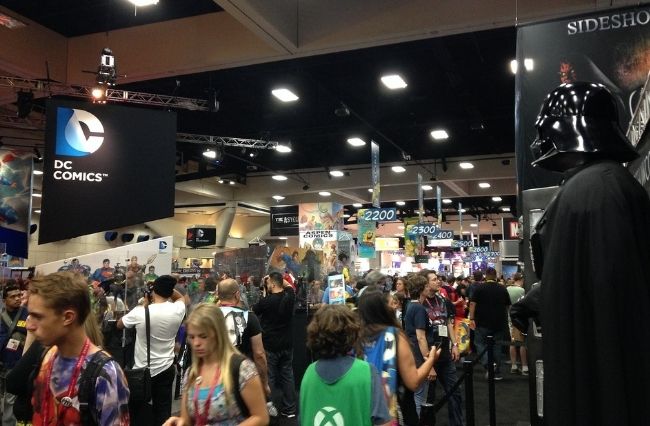 “For our community, this is like their Christmas. We want to keep that momentum, support and community growing. If we stop now, we would lose that spirit.”

Volunteer and coordinator for Brickvention Annie O’Reilly says that she is looking forward to the return of Melbourne’s biggest Lego convention. Although, Brickvention fans are not the only ones waiting for the come back of large conventions in a city full of talented artists.

For the past two years during the COVID-19 pandemic, fan conventions have been moving online gathering mixed reactions and reviews from people who attended the events. Fans of Brickvention are now itching for the return of regular in-person events and regaining the full experience of conventions.

Brickvention had its online event in January this year, with an open gallery that participants can go through, videos to watch and be part of a video game built by volunteers. Through the 3D space, attendees could feel as though they were walking through a gallery of Lego artwork. The “Roblox-esque” virtual game environment allowed players to be a Lego character, jumping through different obstacles and collecting trophies. While the online model of Brickvention was successful, O’Reilly says they are still aiming to run an in-person event in January 2022.

“We had a video game that was developed by one of our volunteers. We did the whole shebang online. We had a national competition and posted out big prizes all over Australia, it was really good fun,” she says.

“People spend so much time building them [Legos], we want to show them to people. Photos and videos just don’t do Lego models justice, so being able to see them in person is a much more spectacular experience.”

Mark Civitella is an expert in issues and crisis management and lecturer at La Trobe University. He has had experience in consulting companies and organisations on how to recover from catastrophic events. As large conventions around the world are slowly returning to the public, he believes that people will be excited to re-engage with in-person events after lockdown as the physical interactive experience plays a key part in conventions.

“Most people realise that they want to engage and go do the things they’ve always wanted to do. Doing it on zoom rather than on location, is a poor simulation,” he tells upstart.

Civitella also says that while other countries are welcoming the return of conventions, Australia will mostly likely have to wait until 2022 for large in-person conventions to make a comeback.

“We look at models like the UK and they’re just going for it, so they have a different approach. It’s not the approach bothered by federal and state governments,” he says.

The UK and the United States are beginning to see larger events return such as the London Film and Comic Con scheduled to return in November of this year. In the United States, Atlanta’s Dragon Con recently took place in September.

Dragon Con is a multi-media pop culture event where attendees are encouraged to dress up in cosplay and participate in workshops, contests and watch a parade in nearby streets.

The convention implemented many COVID-safe regulations such as mask-wearing and requiring guests to show proof of vaccination along with having a negative test. Dragon Con also introduced attendance density limits to prevent any possible outbreaks. Civitella sees other conventions in Australia following similar protocols when they return.

“I think what we’re going to be seeing is a two-tier system, where if you’re double vaccinated you can have a lot more freedoms than others,” he says.

Annie O’Reilly has seen what international conventions have done, including Dragon Con, and says Brickvention plans to follow a similar approach for their upcoming event scheduled next year.

“Our strategy which is something that we have been advised on, is that whatever the government directive is, that is what we follow. Density limits, hand hygiene and all of those normal things that we have to do. But really, we’ll be optimising our regular event, making sure that it stays in line with previous years,” she says.

Normally they would get around 20,000 people going to the event. However, O’Reilly still predicts a drop in attendance and believes reaching regular numbers will be impossible due to density limitations.

“[Density limits] depend [on] what the government says we can have in one day. They might say you can have 150 people per hour and if that’s the case then we might get to a couple thousand people over the Brickvention weekend. But the intention is that we do our best to bring it back because so many people miss it,” she says.

This greatly differs from Dragon Con in the United States, that even with density limits, were able to accommodate a crowd of around 42,000 people.

Dragon Con issued a statement in August saying they would include a mask mandate to follow the City of Atlanta guidelines. For density limits, the organisers were only required to register or obtain a license from the state and follow similar procedures to hotels and AmericaMart.

Victoria’s roadmap states that only 150 people will be allowed at indoor events and 500 at outdoor events when the state reaches all its vaccination goals. Mark Civitella acknowledges Australia’s different approach to handling the pandemic, leading to tighter restrictions on public events.

“I think as opposed to other countries, Australia has seemed to exercise greater caution than most countries and as a result attendance limits, mask-wearing indoors and outdoors, all that sort of stuff will become a feature of [events], which can diminish the pleasure of it to some degree, but it may well just be the price we pay,” he says.

While conventions in Australia will need to make major changes, Civitella does have optimism that we will be able to see a return of conventions in 2022, if large outdoor events can adapt and revise their approaches from previous years.

“I’d be optimistic that in the first quarter of 2022, we will be getting close to business as usual.”

Photo: Comic-Con 2014 By Amy available HERE  and used under a Creative Commons Attribution. The image has not been modified.

Author: Chloe Jaenicke is a second-year Bachelor of Media and Communications (Journalism) student at La Trobe University. You can follow her on Twitter @chloeejaenicke