Teams shake up their line-ups ahead of the 2018 Fast5 Netball World Series. 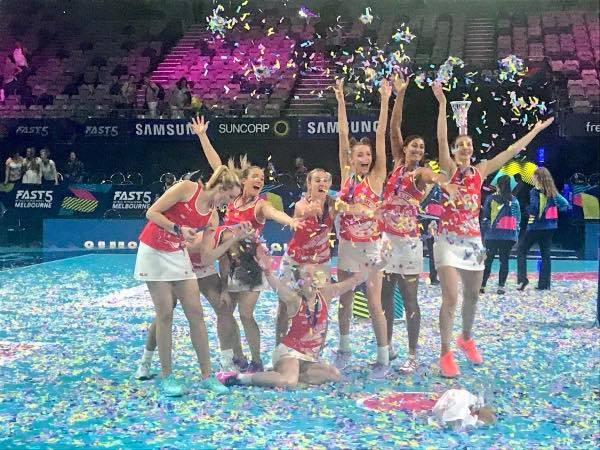 The Fast5 Netball World Series will be hosted in Melbourne for the third and final year in a row on 27 October and 28 October 2018.

Six teams will go head-to-head over the weekend, playing each other in 24-minute long Fast5 netball games.

Fast5 is the only competition Australia is missing a trophy in and it would be a fairy tale ending if the Aussies could win it on home soil.

Australia have chosen to go in with a young team with their average age being just under 23. Five of the players are 21 or younger with the other five 24 or older.

Centre Maddy Proud has received a late call up into the squad with Kate Moloney pulling out following recommendation from the Australian Diamonds’ performance staff.

Shooters Kiera Austin and Sophie Garbin have made the squad, with Garbin shooting at 87 percent during her first Super Netball season.

Rounding out the team are defenders Matilda Garrett, Kimberley Jenner, and Sarah Klau.

In a statement released by Netball Australia, Marinkovich said it was hard to select the side this year.

“Selecting this team presented a difficult task with the depth of talent on show throughout the 2018 Suncorp Super Netball season,” Marinkovich said.

“The Fast5 Netball World Series provides fantastic opportunity for us to showcase and further develop the talent present within Netball Australia’s programs – different athletes bring different skill sets and we believe we’ve selected the ideal combination of athletes to finish on top this year.”

The England Roses had a great run throughout the Fast5 World Series last year, and as a result are reigning champions after defeating Jamaica. The win set them up for the Commonwealth Games this year where they won gold.

The Roses have also been dealt a setback with arguably their best shooter Jo Harten withdrawing from the series.

After being named in the initial squad, she copped a knock to her knee during the Quad Series in September and hasn’t played since.

Up-and-coming defender Layla Guscoth, who was impressive on court for the Roses during the Quad Series, has also been named in the team alongside Eleanor Cardwell, Sasha Corbin, Jodie Gibson, Natalie Panagarry, Amy Carter, Emma Dovedy, Ella Clark and George Fisher.

Manchester Thunder head coach Karen Greig has been named assistant coach for the series with former Loughborough Lightning coach Karen Atkinson taking up the head coach role for the Fast5.

Last year’s Fast5 runners-up Jamaica will be wanting to prove they can match it with the best once again.

However, they will have to do so without towering goal shooter Jhaniele Fowler. In Jhaniele’s absence, Queensland Firebirds shooter Romelda Aiken has been selected for the team alongside shooter Shimona Nelson, who has been picked for the second year in a row.

New Zealand finished fourth in the Fast5 last year after winning in 2016.

The Ferns will be looking to put their stamp back on international netball after a disappointing Commonwealth Games that saw them finish without a medal for the first time.

Teenager Aliyah Dunn, who has represented the Ferns in the Quad Series and Constellation Cup, has been selected to play in the Fast5 team alongside her Te Wānanga o Raukawa Pulseteammates Ekenasio, Souness, Sulu Fitzpatrick, Claire Kersten and Karin Burger.

After only winning one game last year, South Africa will be taking a new team to the Fast5 World Series this year.

Sigrid Burger and Renske Stoltz, who played alongside Van der Merwe and Vimbela in the SPAR Proteas Commonwealth Games team, will also take part in the Fast5 World Series.

The Malawi Queens finished on the bottom of the ladder last year, despite some good netball throughout the tournament. They lost all games, but came close to beating South Africa and New Zealand.

After their loss in the tournament to South Africa last year captain Jessie Mazengara promised the Queens would come back stronger this year.

“The first thing is the fact we didn’t win any game in this tournament. But we hope next year, as you know Fast5 is every year. Next year we are coming back with another fuse. We’ll do it next year,” she said.

Malawi is yet to announce their team for the tournament but whoever is named will want to prove to everyone they’re not an easy defeat.

The 2018 Fast5 World Series could be anyone’s game with teams vastly different from last year, and with power play quarters so influential it’s too hard to pick a tournament winner before the games have started.

The Fast5 World Series will be televised once again this year by the Nine Network for fans who can’t make it to Melbourne Arena.