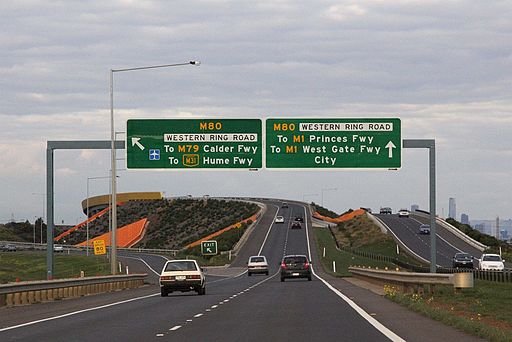 Victoria will get almost $7.8 billion for new roads and railway lines in Tuesday’s Federal Budget, in a plan to ease congestion in the state.

With Melbourne seeing dramatic population growth over last few years, the Turnbull Government will commit a third of its $24.5 billion infrastructure budget towards the state.

The package is expected to include $5 billion for the construction of an airport rail-link between the city and Tullamarine.

Premier Daniel Andrews told 3AW on Monday morning that he would discuss the potential route of the link with the Prime Minister today.

“It’s not about when it will be built, its more about which route you choose rather than whether we build the thing or not,” he said.

Other significant parts of the package include $1.75 billion to help build the North East link, $475 million for two new rail lines linking Monash University’s two campuses and $225 million to electrify the Frankston line to Baxter.

The deal comes after years of stagnation between the State and Federal governments over infrastructure funding, with the Andrews government scrapping construction of the Coalition’s proposed $1.5 billion East West link back in 2015.

State opposition leader Matthew Guy said last Thursday the dumped road was still his priority, suggesting Victorian voters will have a choice between the East West link and the North East link when voters turn up to polls in November.

“My commitment has always been to fix the Eastern Freeway by building an East West link,” he told reporters.

Tuesday’s budget is also set to include a $470 million Victorian congestion package, aimed to help assist the state’s population boom.

Melbourne witnessed its highest ever net annual population increase of 125,000 according to an ABS report into the 2016-17 financial year, reported by The ABC.