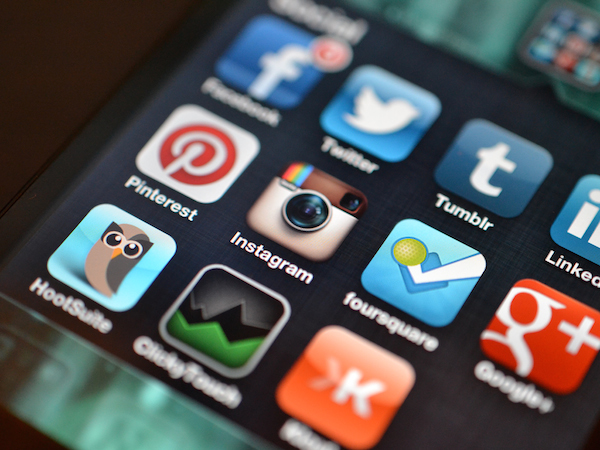 As our society becomes increasingly dependent on technology, we are allowing more of our personal information to be stored.

Many of us feel confident entrusting big companies with our personal information. From addresses to phone numbers, and even our credit cards, we openly exchange information so that we can further immerse ourselves online.

But we rarely question why these companies are so interested in our information.

Rawdon Messenger is CEO of TeenSafe, an organisation which promotes safe online behavior and supervision, particularly for young people.

He tells upstart that we’re becoming obsessed with validating ourselves and sharing our life online to garner “likes” and attention. So much so, he says, that we don’t take proper care to ensure our personal information isn’t compromised.

“T‪oday we see our digital life as a quantitative measure of self-worth. Psychological damage and stress is weighing down our children when they don’t get enough affirmation on social media. While sharing and interacting online can be fun and valuable, it can easily go too far,” Messenger says.

As long as we engage with online services, we’ll have to give in order to gain.

Chris Moran of Consumerist wrote that the ongoing battle between a consumer’s desire for certain levels of privacy and the corporate interests of online businesses will mean concessions for the normal user.

“Targeted ads are about being able to charge a premium to advertisers who want to know exactly who they’re reaching. Unfortunately, in order to do so, Facebook has to compromise the privacy of its hundreds of millions of users,” he said.

Many consumers were outraged when it was revealed that Facebook and Instagram had changed their terms and conditions to grant themselves the right to take users’ photos and content, and sell it to advertising partners.

Messenger tells upstart that the danger lies not only in what we share but also what others, such as advertisers, can do with this information.

“O‪ne danger is that more and more advertisers target teenagers with products and services that may not be appropriate. They often look like content rather than advertisements, and can be tempting for teens to click on,” he says.

“When you upload, submit, store, send or receive content to or through our Services, you give Google (and those we work with) a worldwide license to use, host, store, reproduce, modify, create derivative works … communicate, publish, publicly perform, publicly display and distribute such content … This license continues even if you stop using our Services.”

These terms mean that Google owns the right to all the content users upload, and can do whatever it wants with it for the purposes of improving its services and general operation.

There is also a group of individuals who want to use your information for illegitimate purposes. They are known as data miners.

Data mining is considerably more serious than what is outlined in the terms of service of these online companies. The practice doesn’t always require the individual to hack into a user’s account or into the database of the organisation that uses or stores their information. Instead, they can easily gather information about users from openly available sources.

It has been revealed that Twitter sells “old tweets” to data miners to use for information gathering and user behaviour profiling, which is often sold on to marketing research companies, some of whom are not approved partners of Twitter.

The site logs geographical information from location services, obtained when a user “checks into” a location or has a status update that uses key phrases to suggest they are away from home. The information is then collated and posted on the website as a “new opportunity”. A user can filter their searches by area or username.

The website states that it is not intended to promote criminal activity. Instead, it aims to warn users of the dangers of over-sharing.

Messenger suggests monitoring the amount of information being given out is one way to minimise danger.

“Ultimately, be sure your teens limit the amount of info they are giving. This protects them from having a large audience including the media services themselves,” he says.

The fact is, you can never know what happens to personal information once you make it even partially publicly accessible. Companies have greater capabilities than many of us imagine, and it is essential to take extra precaution when dealing with your personal information and the internet.