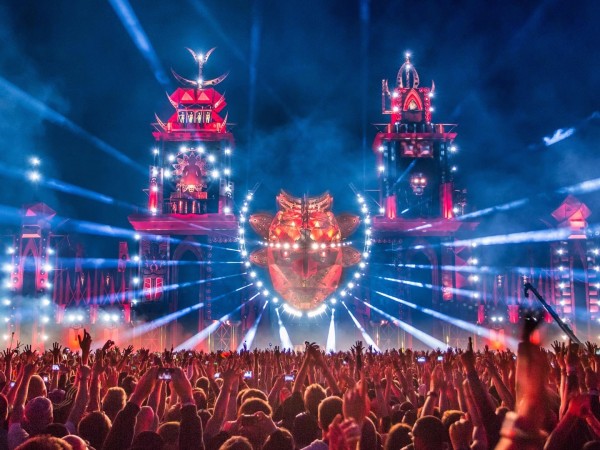 A Sydney man died of a suspected drug overdose at the Defqon.1 dance music festival earlier this month.

This is the second death at the festival in three years, highlighting the need for Australia to reconsider its zero tolerance drug policy.

Police arrested 46 festival goers on drug-related charges this year, that’s a mere 0.25 per cent of attendees.

Unharm is an Australian based not-for-profit organisation that is campaigning for harm reduction and drug reform.

A spokesperson for the organisation, Will Tregoning, tells upstart that zero tolerance policies don’t work, and festivals should promote harm minimisation to educate users and save lives.

“No music festival should have a zero tolerance policy for drugs,” he says.

“What that does is close down the possibility of having an honest and realistic conversation about the reality that people are using illicit drugs at those events.”

Tregoning says that sniffer dogs and police checks do very little to deter users and dealers, and often don’t catch a substantial number of users.

“As well as not doing the thing police claim the dogs do, they also incentivise a whole lot of other behaviours, on the part of patrons, that in fact increase the risk that they’ll come to harm,” he says.

Instead, the presence of sniffer dogs has proven to encourage festival goers to preload on drugs, conceal them in bodily cavities, or panic overdose.

A panic overdose is when a person concerned about police presence decides to consume all of their drugs at once, to avoid the risk of confiscation or arrest.

James Munro’s panic overdose cost him his life at Defqon.1 two years ago.

Munro’s death prompted calls to implement drug testing services at festivals around Australia. These services are able to test a small sample of powder to determine what kind of drug it is.

Bunk Police is a not-for-profit organisation that is successfully testing drugs at festivals in America.

Popular drugs can easily be replaced with dangerous, yet potentially fatal psychoactive substances, because synthetic drugs are cheaper to make.

Tregoning says buying from dealers at festivals is risky.

“It’s much safer [for festival goers] to purchase from a friend, not from some stranger at a music festival that disappears into the crowd after selling you who knows what.”

Drug testing services have successfully operated at other festivals, nationally and internationally.

Defqon.1’s Netherlands’ festival has also implemented these services, and despite being twice as large as its Australian equivalent, has never had a drug-related fatality.

Tregoning says it’s time Australia stops punishing individuals for drug use, as there’s no correlation between punitive drug policies and a decreased demand for drugs.

“We need to acknowledge the reality that this is happening and then we can have an honest conversation,” he says.

“Decreasing the demand for drugs should be a secondary objective, the main thing should be people don’t die. Arresting users fails on both counts.”

He says a new approach needs to educate users about how to use drugs in the safest manner possible.

“When consumers realise there’s people who can provide them with information that is honest and realistic they do actually engage with that.”

Patrick Cordwell is a regular attendee of the Defqon.1 festival. He tells upstart that despite some exceptions, the crowd is extremely friendly.

“Defqon and hard dance music are direct descendants of the MDMA [a psychoactive drug]-fuelled rave culture that defined partying in the 1990s. There’s no question that drugs, principally MDMA, remain a part of this culture today,” he says.

“At Defqon in 2014, 372 people were stopped by dogs and of this number, only 83 were found to be in possession of illicit substances. This means that 289 people, or 78 per cent of those searched, were for no reason forcibly subjected to a humiliating and invasive strip search.”

He says it’s important not to confuse harm reduction with the normalisation of drug use.

“The two need not go hand in hand. A large part of harm reduction strategies needs to be the provision of honest and realistic information about the inherent risks of drug use and the potential effects that it can have on both the individual and the community,” he says.

“Messages that incorporate these ideas are much more likely to deter drug use than the familiar simplistic and moralistic statements from police and politicians that ‘drugs are bad, therefore you shouldn’t take them’.”

“Festivals should provide safe spaces, away from the eyes of the law, in which individuals can engage in conversations about drug use,” he says.

“Unbiased educational materials that provide honest information about the risks associated with various drugs should be provided in order to assist individuals in managing risks and making informed decisions.”

With the festival season approaching, Australia needs to adopt a realistic strategy to prevent drug-related fatalities.