We exist in the present based on the past, but for the future 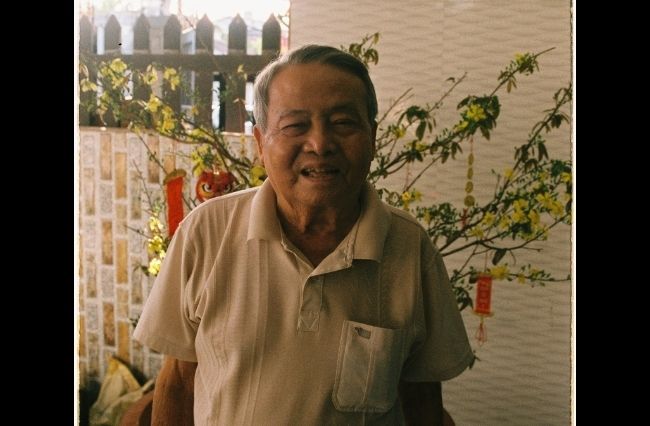 Regretful, curious and expectant. This is how a user of a roll of 35mm Kodak film might feel because at the time they capture the images, they have no clue how it will turn out. Some pictures could have been captured better, but you won’t know until the film is developed.

“Up to this point, it makes me think more carefully every time I take a picture,” a 20-year-old graphic design student and vintage camera-lover, My Uyen tells upstart.

“With each click, the moment is saved, and that moment is unique.”

Uyen found her first film camera on the corner of a vintage technology market in the heart of Saigon back in 2018. Among thousands of choices, a second-hand Canon EOS 1000s caught her eye. When she picked it up, she discovered the camera had another special feature. Its timer played music.

“Far from how difficult that I imagined it would be to use a film camera, it is softer and much [more] endearing.”

The phenomenon of nostalgia has been ingrained in humankind for years. Movies and books constantly show the stories of older people, with their heavier and coarser skin, who can’t resist the gnawing reminiscence of their early days. For younger people, nostalgia can become a precious yet comfy spot to nurture their inner child in the Great Battle of Adulting.

University of Melbourne Associate Professor Hernan Cuervo believes the concept of nostalgia does not necessarily need to be related to age. It’s something more than that.

“Your connection, your relationship, your emotion, your affect, your sensibility, related to people, to places, to experiences, are what attaches to nostalgic view,” he tells upstart.

The uncertainty of adulthood in a context of rapid social change has contributed to the practice of reconciling continuity and change. That plays a vital part in forming nostalgia and produces feelings of familiarity and comfort.

Perhaps that is the reason why so many younger people have been so drawn to ‘80s and ‘90s trends like old-school film photography or vintage fashion.

This has also benefitted small arts businesses. FilmNeverDie, a Melbourne-based film photography space and store, was founded by Gary Wong in 2011. Run by a collective of photographers who share a passion for film photography, their goal is to preserve as well as nurture and grow the film shooting community through photo walks, workshops and exhibits.

Film photography offers the excitement of suspense. People are intrigued by the prospect of not knowing what you might get at the end of the day, once you’ve developed the products.

Wong believes that people who are into film photography enjoy the “authenticity” of the non-digital experience.

“Rather than relying so much on battery, charging the camera or electronics, it’s more focus on an analog process,” he tells upstart.

Nostalgia contains the power of an imaginative time machine, acting as a loop between the present and the past. It can be positive, but it can also be haunting.

“Nostalgia in a past time were always better, at least it’s how people think of it,” Prof Cuervo says.

Growing up, young people are longing for a connection that soothes their inner storm. Living in uncertain times, they often seek answers from the past.

Last year, during Tet, which is what the Vietnamese call their Lunar New year celebration, My Uyen captured a single family photo with her film camera. Her family couldn’t understand why she only took one picture to commemorate such a special gathering, especially when she could just use her phone to take numerous photos and of better quality.

“It was only my grandfather who defended me,” she tells upstart.

Her grandfather, a former reporter, used to carry film cameras everywhere to capture news and information. He clearly understood the scarcity of camera film nowadays.

“He must have understood why I looked so ‘stingy’ at that time,” she says.

Uyen then asked her grandfather if she could take his photo. The moment that she caught his understanding smile through the lens, she burst into tears and felt a connection between them despite the generation gap.

“I think this is the value of the moment, of the past,” she says.

“If I had more options [by using digital technology], I would probably miss out on a lot of great things.”

PHOTO: Photograph supplied by My Uyen