For some athletes, ritual behaviours help their mental game. 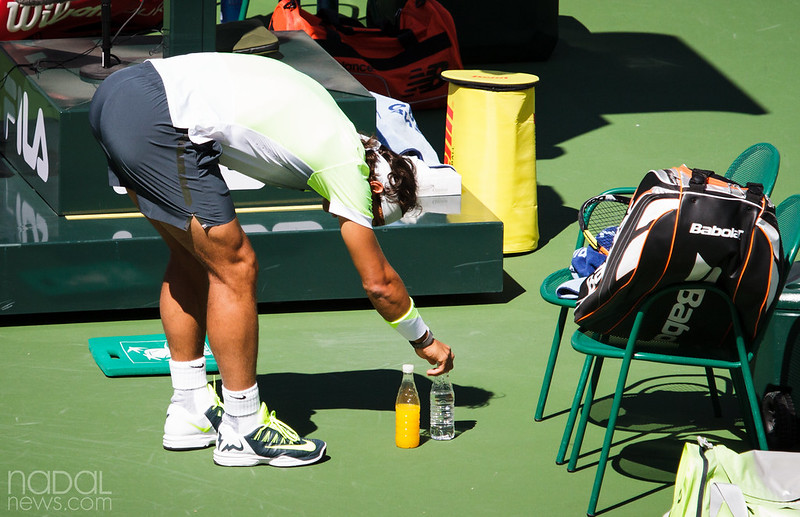 Before nineteen-year-old lacrosse player Jessica Morrison takes the centre draw, she turns to face her clubrooms—or the opposing clubrooms if it’s an away game. Morrison then pulls up the left tongue of her boot with her left hand, and then the right tongue with both hands. Next, she adjusts her bike shorts, brushes her hair back and pinches her lacrosse stick. Now she is ready. She waits patiently for the whistle to blow.

This is a classic example of a sport superstition. But why do athletes believe in them? For Morrison, she says it helps her feel comfortable and in control. For Daryl Marchant, an associate professor in sports psychology at Victoria University,  this is one of the most common reasons.

“It’s sort of like a mechanism for reducing the anxiety or managing anxiety, and a sense of improving the level of control that you have over something,” he tells upstart.

“A superstition [is] like a placebo in that if the person thinks it will help them, it may help them.”.

Marchant says superstitions on game day impose a sense of repeatability, something athletes can predict and attach to.

Lauren Gibson, 53, a former gymnast, once took a snoopy doll in her competition bag. On that day, she ended up performing extremely well. After this, the snoopy doll never left her bag.

These kinds of superstitions assist with positive reinforcement, according to Marchant, and believing a specific thing helped their athletic performance.

“Positive reinforcement is essentially things we do that increase the likelihood of something happening again, so they make a cause or link,” he says.

“It’s an erroneous kind of a link in the sense that it would literally help their performance. In their mind they start to think ‘oh maybe if I do this that will increase the chances of this happening again’ so you get into this kind of repeat cycle.”

One athlete renowned for what has been labelled as superstitious behaviour is tennis player Rafael Nadal. His tendency to align his drink bottles the same way, in a diagonal direction, to tuck his hair behind his ear, pull his nose and adjust his shorts before serving have all been noted by fans and commentators.

Daryl Marchant says that personality is a big driver of superstitions. He believes that Nadal’s personality of perfectionism and behaviours contribute to this behaviour.

Nadal, however, ardently disagrees that he is superstitious. For him it is something else.

“If it were a superstition, why would I keep doing the same thing over and over whether I win or lose? It’s a way of placing myself in a match, ordering my surroundings to match the order I seek in my head,” he wrote in his autobiography, Rafa: My story.

According to Marchant, this kind of ritual behaviour play a different role for athletes.

“Routine has a more direct effect on performance and it’s more planned. It has more evidence in favour of it, so it might be linked to a warmup before a performance to get your body at the right temperature,” Marchant says.

“Whereas with superstitions it’s very hard to justify their performance link beyond chance, so they’re definitely not the same thing, but they’re often seemed to be the same thing.”

Another example of ritual behaviours is former Essendon AFL player, Matthew Lloyd. Marchant says the footballer used to pick up a piece of grass and flick it to see what direction the wind was going before he kicked for goal.

According to Marchant, Lloyd he did this because the wind was so strong, and he felt this would logically help him direct the kick at goal. Here, routine and superstitions crossover, he used this routine to help maximise his performance. But, after seeing significant results he started to do it every time, highlighting positive reinforcement.

No matter how much superstitions can be explained through psychology, and how much players might know that they cannot determine outcomes, some can’t help seeking comfort in them.

“I have too many superstitions rituals and it’s annoying,” 23-time Grand Slam champion Serena Williams once said “It’s like I have to do it and if I don’t then I’ll lose. And I’m not losing because I didn’t play well, I lost because I didn’t tie my shoe the right way.”

Article: Samantha Smith is a first-year Bachelor of Media and Communications (Sports Journalism) student at La Trobe University. You can follow her on Twitter @ssamanthasmith5

Photo:  Rafael Nadal Day 12 action at the 2015 BNP Paribas Open by Mirsasha available HERE and used under a Creative Commons Attribution (CC BY-NC-ND 2.0). The image has not been modified.