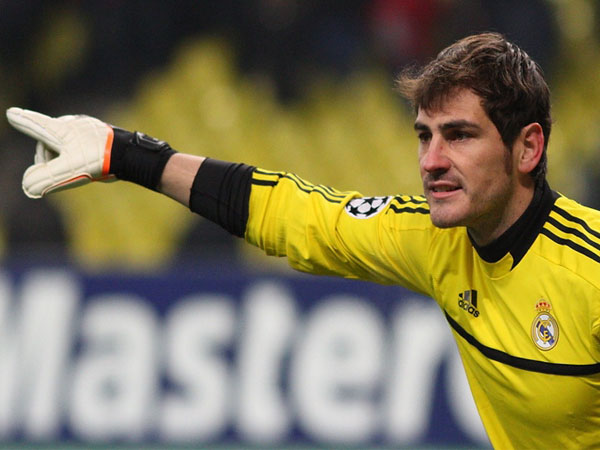 It was simply inconceivable; it simply could not happen to Iker Casillas of all players. Sadly, it has, and the Spanish goalkeeper now finds himself second choice for both Real Madrid and Spain.

The Spaniard has stood between the posts for La Roja no less than 150 times and 476 times for the white of Madrid, but has seen his playing time cut considerably short after being replaced by Diego Lopez at club level. The malaise started when Jose Mourinho first chose Lopez ahead of him, with many believing this was Mourinho exerting his authority on the team. Unfortunately for Casillas, the trend has continued under new Real Madrid coach, Carlo Ancelotti, who has also opted for the services of Lopez ahead of him.

Victor Valdes looks to be in pole position to retain his spot for La Roja. The Barcelona shot-stopper had amassed 10 appearances for his country before this year and will want to add to that while the opportunity is present.

Valdes, 31, and Casillas, 32, are unlikely to feature at another major tournament, so their desperation to be present as the main man is understandable.

Pepe Reina has been an inspired signing after swapping the red of Liverpool for the blue of Napoli. A change of scenery is probably what was needed for Reina, having been reunited with former Liverpool boss, Rafa Benitez.

The highlight of his season thus far was undoubtedly in Napoli’s victory at the San Siro. With the score at 2-0, Raul Albiol conceded a penalty which handed Milan a lifeline. Mario Balotelli, the man with the perfect record from the spot typically took centre stage. The end result seemed inevitable, but Reina got down quickly and denied the Italian and on countless occasions thereafter.

“I couldn’t not ask for his shirt after saving a penalty from him,” Reina told Radio Onda Cero.

“It was a historical event. He gave it to me and I’ve got it here with me now. I’m wearing a unique set of pyjamas – I’m sleeping with Balotelli’s shirt and Napoli shorts.”

Absolute gold by the 31-year-old.

Ah, Joey Barton. Is there anything this man is not afraid to say? Barton spoke at the Leaders in Sport summit on the eve of England’s crucial World Cup qualifier against Montenegro.

A verbal tirade is pretty mild with a man with Barton’s notorious volatility, but he continues to entertain on and off the pitch.

When the QPR midfielder was asked about what he believes the problems are with the England set up, Barton replied: “How long have we got?”

On the quality of the current and previous crops he said: “We haven’t won anything. We haven’t got great players – they are told they are great.”

Having recently enrolled at the University of Roehampton in South West London in what is believed to be a degree in philosophy, one might expect a more thought-out response. But hey, a leopard can’t change his spots, right?

On the subject of the FA, Barton said: “The Football Association is archaic, it’s completely and utterly out of it’s depth.”

Barton describes himself during his speech as “an Englishman who cares passionately about his football”.

All the fun bits of his speech can be seen here.

After the pep talk offered by Barton, England won the match 4-1.

They face Poland at home knowing a win will book their spot for Brazil next year. They look towards this tournament, as they have every tournament since 1966, as a chance to put themselves up there with the elite football nations once again. The 31-year-old will surely be watching with a keen eye on their progress throughout.

Chris Hearn is a first year Bachelor of Journalism (Sport) student at La Trobe University. You can follow him on Twitter: @ChrisHearn08.