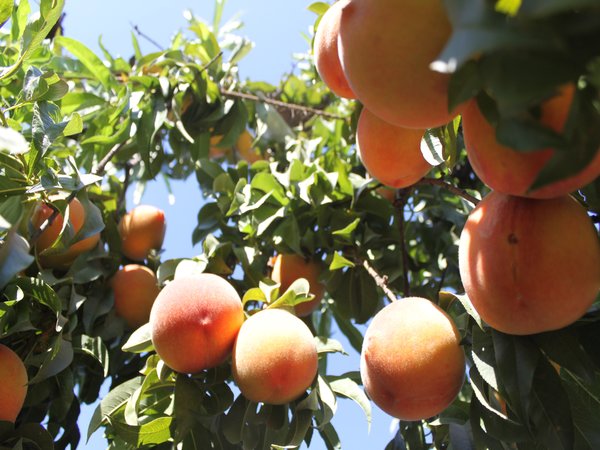 During the harvest season, at the age of 13, Mitchell McNab would come home from school and head straight to the orchard to work with his grandfather. Today the 23-year-old says he does not see himself continuing the family business unless there is a “major industry change”.

In April this year, Victorian fruit processor Shepparton Preserving Company Ardmona announced it would be discontinuing peach and apricot contracts with local growers. Five months down the track, local farmers are feeling the effects. For some, the outcome is devastating.

SPC Ardmona’s decision has left many fruit farmers with no option but to bulldoze hundreds of thousands of trees.

Because untended orchards attract pests, which are potentially harmful to other crops, farmers will tear down around 750,000 fruit trees in a bid to avoid a bio-security risk to the region’s agricultural industry.

For 113 years the McNab family have been providing Australians with fruit and, until 2006, they partially owned SPC Ardmona. Their primary focus was on canning varieties such as pears, peaches and plums.

Four years ago they made the decision to discontinue the production of these fruits and focus on fresh produce instead.

“The [canning] industry is in decline, and we could see that in the long term there will not be sufficient production. So we decided to cut the trees down,” says McNab.

The official tree pulling scheme began in June and is expected to be finished in the next few weeks, resulting in the loss of Australian grown fruit, potential income for farmers and local fruit-picking jobs.

“Lots of the smaller farming businesses in the area largely rely on the cannery for income. That’s about 80 per cent of income lost, so it’s quite devastating,” says McNab.

On top of that, farmers are expected to pay for cutting down the trees they once planted. The average cost of pulling down a single tree is between five and seven dollars, causing a further loss of funds for local growers.

Once the area is cleared and new trees are planted, it can take years before farmers are able to reap the benefits. As a result, growers are begging for financial help.

Unfortunately, the Victorian State Government has no intention of funding the project. Instead, the government has introduced the Farm Finance Scheme, low-interest loans to help farmers through their current debt struggles.

According to McNab, it’s not enough. “Their goals are unrealistic to what is truly needed,” he says.

Several factors have contributed to the struggle in the canning industry: reduced consumer demand, a high Australian dollar, the expansion of ‘own brands’ by supermarkets, and an increase in overseas production.

Unable to compete, he blames the lack of government support for struggling fruit growers.

Australian farmers are among the very few in the world who do not receive government allowances, subsidised water, or labour and shipping concessions. Because of this, countries like China produce fruit for around 38 per cent of the world’s population, compared to Australian farmers contributing only one per cent.

Although SPC Ardmona has been operating since the early 1900s – and has been the backbone of the Shepparton fruit farming industry – managing director, Peter Kelly, says that the cannery can no longer compete with imported canned fruit.

“We are competing against products from countries that have considerably lower labour and production costs and arguably lower quality standards than we have in Australia,” says Kelly.

He believes Australians need to overlook cheaper prices and return to purchasing Australian made products, such as SPC Ardmona and Goulburn Valley, saying it is the only way this transformation can be restored.

However, McNab remains pessimistic on the matter, saying farmers have taken “a pretty big hit” and he does not see them coming back from the damage these contract cuts have imposed on the industry.

Ivana Krsteska is a third year Bachelor of Journalism student at La Trobe and a staff writer for upstart. You can follow her on twitter: @Ivana_Krsteska