One year from the first lockdown closure, Futsal Oz never thought they would be starting again. 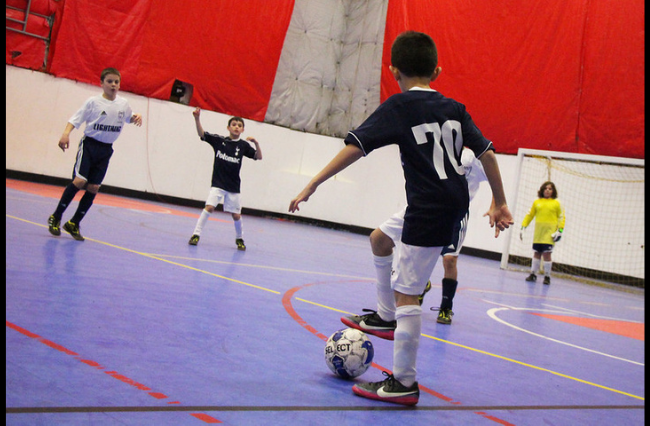 Futsal Oz is home to the elite, social and junior indoor soccer leagues in Australia with over 4,800 players across all leagues. The post-COVID-19 rebuild has been slow and tough.

When speaking with the CEO and founder of Futsal Oz, Peter Parthimos, it is evident that his positive attitude and fighter spirit has kept the business alive during the pandemic.

“It’s been tough to try and navigate our way into the future,” Parthimos tells upstart.

The two lockdowns in 2020 saw Futsal Oz close its doors for 10 months, during which they were still paying rent and renegotiating contract deals with landlords. After months of negotiations and financial struggle, the Mt Evelyn stadium has closed indefinitely.

Parthimos said it was hard to deal with the landlords, and that it was so hard to meet eye-to-eye with all parties involved. Writing contingency plans in contract agreements was a real test in order to hold onto stadiums, he said. Many times, he questioned whether it was worth the fight.

“It’s very easy to give up, but you know I’ve been doing this for 15 years and I love it. But if it’s this hard because of the constant unknown and shutdowns, and landlords not meeting halfway, then maybe it’s time to just make money, kick back and cut ties,” says Parthimos.

Once news broke that indoor sports could resume, Parthimos and his team were excited and found it overwhelming to see all the support from new customers and returning customers wanting to play when doors reopened in Brunswick.

“The reaction from the community, the fans, and the players has been so positive, it’s been overwhelming. I don’t think, as an organisation, we realized what a major part Futsal Oz and Series Futsal is to people’s lives,” he says.

Futsal Oz staff members were taken by surprise when hearing stories about family members crying and kids not wanting to leave their rooms.

“Hearing people’s stories of how much Futsal means to them, makes me so proud and so happy because that’s why I created it and it helps keep me grounded,” says Parthimos.

“It’s just exciting to be back and get to see everyone either trying their best on the court or supporting someone, coming back to Futsal Oz brought back the spark, ever since coming back from lockdown, I look forward to the games,” Diaz tells upstart.

During the 2020 lockdown, Diaz found it hard to maintain fitness levels and had to adjust their routines, with some uncertainty of returning post lockdown.

“I tried to keep on training in order to maintain the fitness level that I had, just before lockdown started, but it was very hard as the intensity and the challenges that come with the game are impossible to replicate,” he says.

Diaz was worried and had considered the fact that Futsal Oz may never re-open, and that he may never get to play again.

“As hard as it might be, there was nothing certain and the lockdown was very tough for many businesses, Futsal Oz included… I am very happy that the outcome was for Futsal Oz to keep the centres at Brunswick and the one at Thomastown.”

Although 2021 has a lot of uncertainty, Parthimos and his team have already started to plan for 2022 and beyond. One option is a new state-of-the-art stadium to be built to house the elite Series Futsal League along with two new media studios and more.

“The new upgraded stadium will come with a proper stand for fans, professional change room for players and referees; it will have two media studios, one with a new commentary box as well as have two corporate boxes,” says Parthimos.

With players and fans returning and the Thomastown Stadium to re-open soon, Parthimos is optimistic about the future ahead.

Article: Monica Di Battista is a post-graduate Master of Journalism Innovation student at La Trobe University. You can follow her on twitter @mondibatt

Photo: Boys futsal: pass to me available HERE and used under a Creative Commons Attribution. The image has not been modified.