Can Nick Kyrgios and Bernard Tomic turn their once promising careers around? 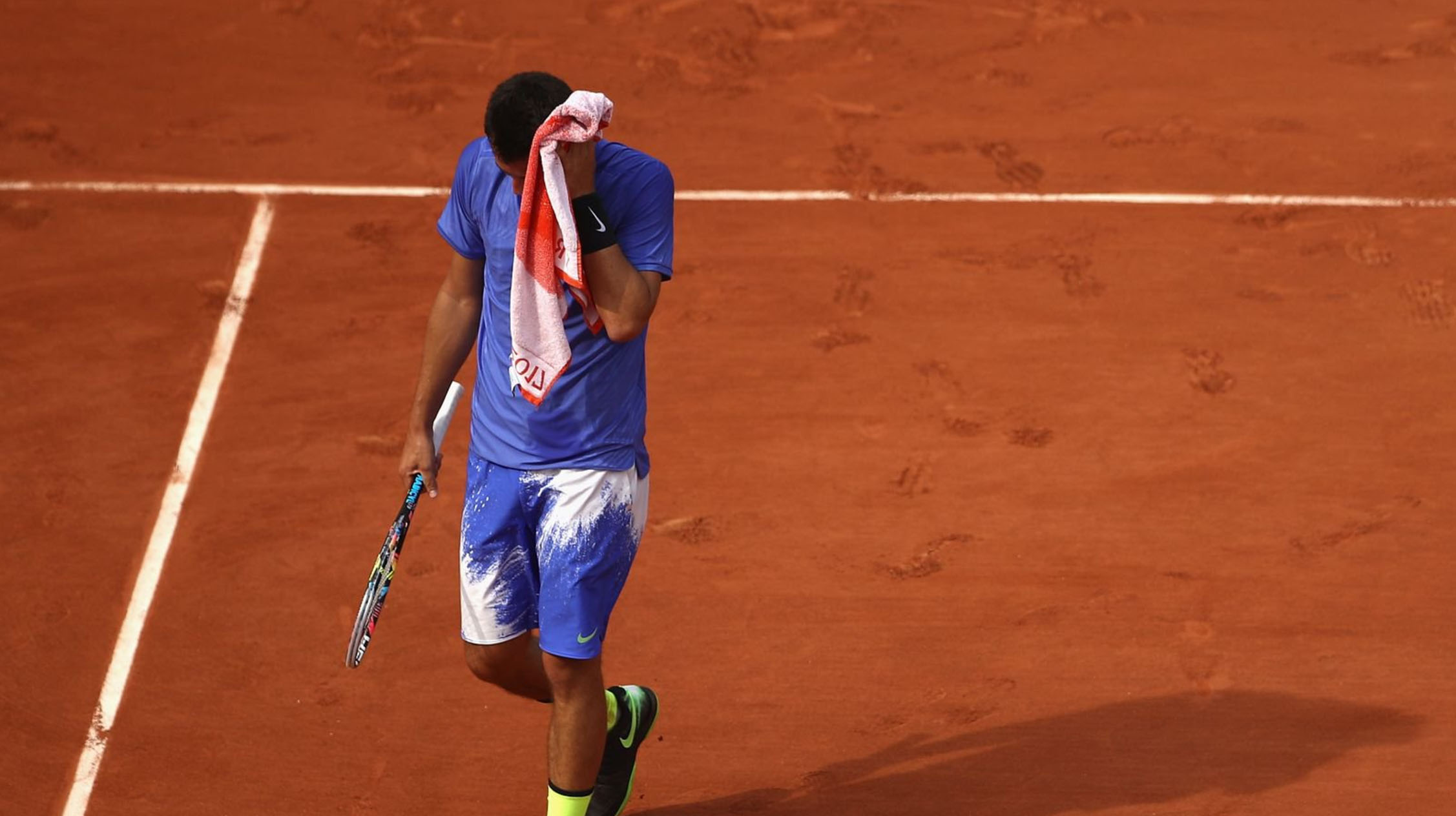 There was a time when Australians yearned for a newspaper with Nick Kyrgios or Bernard Tomic splashed across the front cover.

Kyrgios and Tomic were the poster boys for a new era, and Australia’s best shot at a return to the pinnacle of tennis.

Both were elite juniors with an abundance of potential and skill, and each faced a date with the raging Spaniard to stake their claim to fame.

Tomic faced Rafael Nadal at the 2011 Australian Open. After stunning the country to advance to the third round, Tomic succumbed to Nadal in three sets.

He may have lost the match, but he won the heart of many Australians that night.

Kyrgios went one better than Tomic at Wimbledon in 2014. Kyrgios stunned Nadal in four sets to advance to the quarter finals and, along with Tomic, became a great tennis hope for Australia.

In 2017, a newspaper with Nick Kyrgios and Bernard Tomic splashed across the front cover is a best seller for all the wrong reasons.

The pair have transformed into walking headlines that very rarely feature their tennis abilities.

Are they simply self-absorbed young men who cannot be changed, or is there a way to help them realise their tennis potential?

It is a question that sports psychologist Jeff Bond has pondered throughout his career with many frustrating yet talented sports stars.

He believes that the mental element of tennis is often overlooked by outsiders, and even players themselves.

“I have always believed that a tennis player’s mental approach or mindset is the difference in matches and in particular, around critical points in a match,” Bond told upstart.

“The real difference [in elite players] lies in their ability to remain composed, to keep their focus on the right things, to control their self-talk, and to think clearly enough to allow themselves to make the right decisions under competition pressure.”

Bond believes that Kyrgios and Tomic both currently have a dangerous motivation behind their tennis careers.

“They both appear to be motivated by the external rewards attached to winning and having a high ranking. They are playing to amass all of the trappings that go with being a successful tennis player.”

Bond was hired by former Australian tennis player Pat Cash ahead of the 1987 Wimbledon to help him switch his motivation from extrinsic to intrinsic.

“Psychology research has consistently shown that the most sustainable and effective form of motivation is intrinsic, rather than extrinsic.”

“Patrick Cash won his Wimbledon crown in 1987 based on a mindset focused on setting up each point and finishing it off. These internal sources provided the highest level of personal satisfaction, clearly much higher than the extrinsic outcomes such as winning trophies, making money and being feted as a great player,” Bond said.

Bond does believe that Kyrgios and Tomic have the potential and the ability to turn their careers around.

Just weeks before Pat Cash won the 1987 Wimbledon, he admitted to Bond that he hated the sport of tennis.

That sounds incredibly similar to the journalists’ dream one-liners put out during Kyrgios or Tomic press conferences in recent years.

“I felt a little bit bored out there…to be completely honest with you,” was Tomic’s raw admission after his disappointing exit from the 2017 Wimbledon.

“I don’t really like the sport of tennis that much,” is a statement Kyrgios has trotted out multiple times over his career.

.@Head_Tennis has withdrawn sponsorship of 🇦🇺Bernard Tomic due to his behavior at @Wimbledon 2017.
The TC crew discuss. (PT1) #Wimbledon pic.twitter.com/Qhz5wxZh0W

Even the great Roger Federer struggled with handling his emotions early in his career.

Federer yelled at the officials, slammed balls into the crowd and smashed racquets.

Bond believes that the turning point for legends such as Federer, was when they switched their motivation patterns.

“I believe that [Federer] plays because he genuinely loves tennis. He loves the history, the etiquette and playing to the best of his considerable ability. In short, he is very much intrinsically motivated.”

There is a lot riding on the back of Kyrgios and Tomic, who are clearly feeling the weight of the nation’s expectations on their shoulders.

The last time an Australian stood on the dais with a Grand Slam trophy in the men’s tour was Lleyton Hewitt, in 2002.

Samantha Stosur won the 2011 US Open, but before that our last Grand Slam victory on the women’s tour was in 1980.

Tennis coach Paul Vassallo believes that as a nation we put too much pressure on these young athletes.

“The pressure we put on them certainly doesn’t help,” he told upstart.

“They’re not the only ones. There are guys acting like that in every country unfortunately, we just don’t hear about it because they’re not Australians.”

Vassallo believes that the lack of success from Kyrgios, Tomic and the Australian players in general, has been overblown by the media.

“Everyone keeps banging on about Australian tennis, demanding to know why we aren’t winning anymore. When it was the 1950s and 1960s, it was only Australia and the US playing just about. It’s now developed into a global game,” he said.

While it may be easy to blame our lack of success on wayward young talent, there is merit behind Vassallo’s argument on the impact of the sports global reach.

Throughout the 1950s and 1960s, the Australian men cracked open the champagne on 51 occasions.

Australia won 51 of the available 80 Grand Slam titles over the twenty-year period known as the ‘golden age’ for Australian tennis.

1969 marked the beginning of the end for its tennis dominance. Professional players were invited to join the Grand Slams for the first time, prize money began to be awarded to the victors, and new racquets were introduced.

Suddenly Australia had to compete with the world, and it turns out the world is rather good at tennis.

While Australia may never have the chance to return to the dominant days of Margaret Court and Rod Laver, it does have the potential talent to scratch its name into a Grand Slam trophy a few more times.

Currently that window of opportunity is there for the likes of Kyrgios and Tomic.

It’s up to them to put in the physical and mental work that will give them the best chance for ultimate success.

If they can’t, then it will be game, set and match on their once so promising careers.