The seven of us stood in the two-by-two metre room, holding on to the silver rails running along the opaque walls. Mechanical sounds filled the cube, along with our nervous talk and laughter.  The room, which had slowly been moving beneath us, finally stopped.

‘Here we go,’ said the man standing across from me.

Then the misty white floor and walls became transparent and, looking down, we began to marvel at our extraordinary bird’s eye view of Melbourne. We had survived ‘The Edge’.

The Edge is an experience exclusive to Melbourne’s Eureka Skydeck 88, which opened in October, 2006, and is located at Riverside Quay, Southbank. At a soaring 300 metres, the tower provides the highest observation point in the Southern Hemisphere as well as an opportunity to see Melbourne and its surrounding suburbs in a whole new light. So why wouldn’t I want to try it?

The entire observatory is situated on level 88 of the building, accessible in 38 seconds using the tower’s lifts — their incredible speed makes them the fastest in the planet’s south. Once on the top level, you can explore at your own pace and admire the sights from the 24 carat gold-plated windows that exist on the top 10 floors. It’s like looking at a miniature model of the city, complete with winding roads, matchbox cars and rising skyscrapers. Iconic landmarks stand out at each window, from the MCG to the Arts Centre to the Yarra River. The sunset provides an even greater effect, despite the glare, enveloping Melbourne in a picture of beauty. 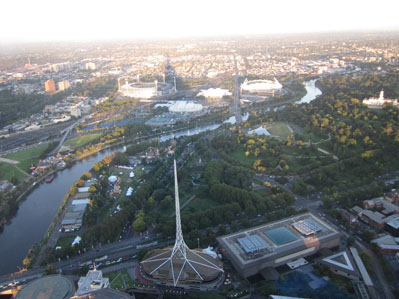 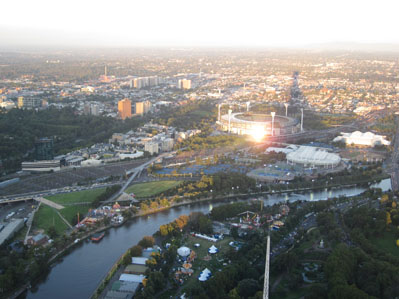 At separate points across the Skydeck are ‘viewfinders’ that directly identify the city’s attractions – the Royal Botanical Gardens, the Sidney Myer Music Bowl, Federation Square and Flemington Racecourse (just to name a few).

While the views are impressive from both inside the Skydeck and on the Terrace – an outdoor enclosure that brings you closer to the realisation of how high you are actually standing – it was The Edge that I was really there to experience. I was brave — what was so scary about standing on a clear floor hundreds of metres above the ground?

No sooner had I purchased my ticket than my beeper started buzzing violently — it was my turn to step onto The Edge. I joined the queue, put on my disposable slippers (to protect the glass from scratches) and followed my group into the small glass room. The ‘Edge Master’ explained procedure to us, wickedly said goodbye, and then closed the door. Slowly, the cube started to slide out until it was three metres from the building, in time for its big reveal of Melbourne.

The whole experience lasts for about five minutes, allowing time to adapt to your new environment, appreciate the views below and around you, and have a professional photo taken (just to prove how courageous you really are). 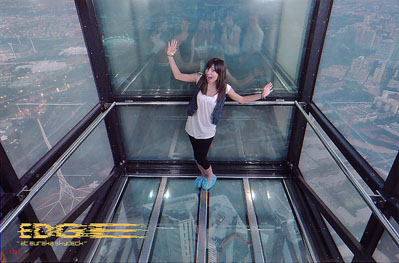 ‘At the moment you’re about 295 metres above the ground,’ she said. ‘So it would only take you about eight seconds to fall to the bottom.’

Thankfully we never had to count and the room became cloudy once more before retracting back into the wall.

Eureka Skydeck is open daily from 10am until 10pm. On level one you can check out the ‘Serendipity’ table, a large digital touch screen that presents you with figures and images on a range of topics related to Victoria. Up on level 88, there is a kiosk available as well as a souvenir shop where you can purchase your photos. You can even send a postcard at Australia’s highest post office. If you aren’t keen on The Edge, take a walk out onto the Terrace and watch the crazy people who have stood up to the challenge. 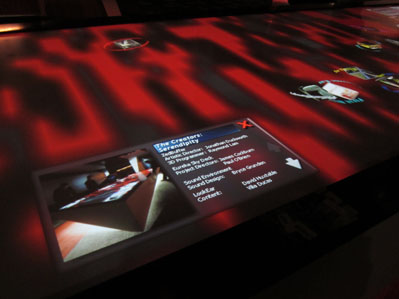 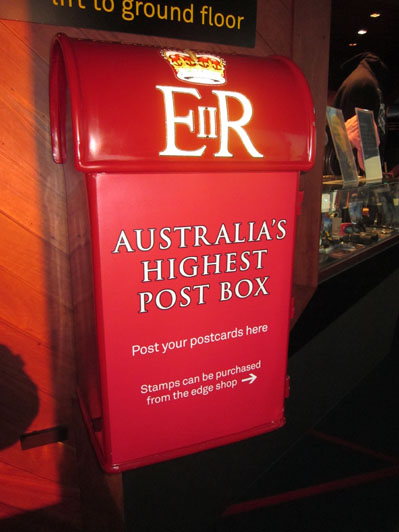 The prices are reasonable for this attraction – adults pay under $20 for Skydeck entry and a further $12 to experience The Edge. Children and concession holders pay less. Of course, you can’t bring cameras onto The Edge, meaning if you want a snapshot it will have to be purchased. But the unforgettable view of Melbourne definitely makes it all worthwhile.