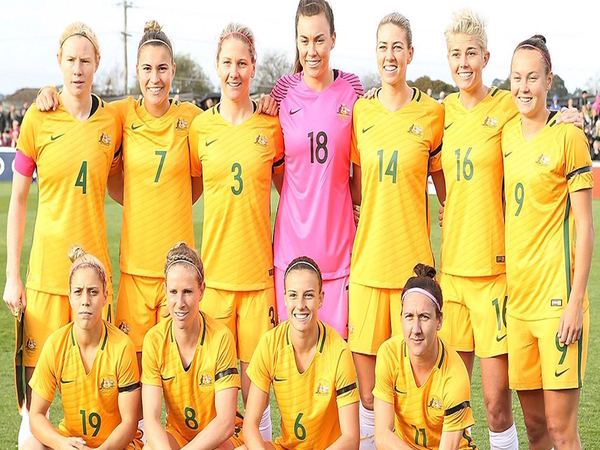 Following the World Rowing Federation’s decision to ban 22 Russian athletes from next week’s Rio Olympics, Australia’s women’s eight were granted the opportunity to compete after finishing third at the final qualifying event in Switzerland in May.

This decision means Australia will send 212 female athletes to compete in Rio, compared to 207 males.

“It is elite competition just as much as the male has been over time. It’s about time that the female athletes were given the credit and the recognition and the accolades that they so richly deserve,” Chiller said from Rio.

At the London games in 2012, Australia’s women were responsible for 20 of the country’s 35 medals, and they will look to improve on those numbers when the games get underway on Saturday.

Cate Campbell and Emily Seebohm will lead the charge in the pool, competing for a combined six gold medals as Campbell looks to be the first Australian woman to win four gold medals at the same Olympics.

Seebohm will endeavour to go one better than London in her pet event, the 100m backstroke, and could add the 200m title as well as the 4x100m medley relay.

Fellow gold medal contender and slalom canoeist Jessica Fox was elated after she found out another eight women would be joining her in Rio.

“To hear women’s eight will be in Rio is fantastic news, and to have a ratio of 50.42 per cent is fantastic,” Fox said.

Fox has previously campaigned for gender equality in sport, and has been one of the driving voices behind the movement for women to compete in all classes of the canoe/kayak competition.

It was announced last year that there will be six events for both men and women at the 2020 Olympics in Tokyo.

Out of the water, Australian flag bearer Anna Meares is amongst the favourites to take out her third gold medal from four Olympics in the keirin whilst our women’s basketball, soccer and rugby sevens sides will all be in the mix for gold.

The Opals will attempt to win their first gold medal in Rio after medalling in each of the past five Olympics, falling to the US in the gold medal match in Sydney, Athens and Beijing.

The Matildas, along with the rugby sevens will be competing for the first time in Rio, and both sides will be in medal contention after the Matildas’ quarter final berth at last years World Cup and the sevens’ 2015-16 World Rugby Series championship win.

The Olympics will begin on August 5.

Jarrad Gardner is a second year Bachelor of Media and Communication (Sport Journalism) student at La Trobe University. You can follow him on twitter here: @JarradGardner