Good Beer Week kicks off today with over 270 events. Caitlyn Leggett spoke to three local brewers about the festival and the rise in popularity of craft beer. 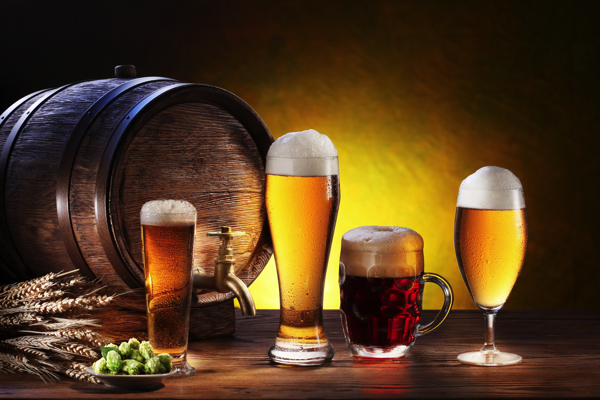 Craft beer to Melburnians is like burgers and shakes are to New Yorkers.

Cherished. Sought after. Not too good for you but consumed on the regular anyway.

So it seems only fair that since New York City will soon feast during its annual Burger Week, Melbourne gets to celebrate its own favourite carb-filled delicacy during Good Beer Week.

Festivities kick off today and run until Sunday May 22 with over 270 events being held across the state.

The festival provides a great opportunity for local Melbourne-based brewers – big and small – to promote their craft beers.

“It was always tough getting people off their old favourites, off their old Carlton, no one ever thought you could take all those products off tap and you could succeed and we’re all starting to prove that you can.” 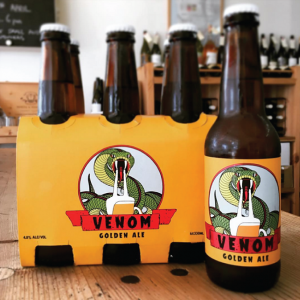 Venom’s first creation, their Golden Ale, was released in August 2015. At just nine months old, it is already stocked in around 120 establishments across the state, including 30 on tap.

Drysdale says it is “full of flavour, with an interesting hoppy taste”, but its easy drinkability means it’s good for people who are new to craft beer.

“It’s the best of both worlds is what we like to think.”

Venom Beer will be making the rounds at a few events across the city during GBW, including at the Terminus Hotel in Clifton Hill for their Victoria Tap Takeover.

For any one wanting to learn how to make a home brew, Drysdale recommends the ‘Home Brewer to Pro Brewer’ event at the Cherry Tree Hotel in Richmond on Monday May 16.

“That’s a really good event for people that are interested in the process and finding out where everyone started and how to get where we are at the moment,” he says.

Venom will also be releasing their second beer, a Black IPA with the launch being held at the Fitzroy Beer Garden on Tuesday May 17 from 7pm.

“We’re giving away the first keg of Black IPA free over the bar so anyone that comes down should score themselves a free pot,” Drysdale says.

The new beer is a collaboration between Venom Beer and brewmaster Ron Feruglio.

“We’re a reigning trophy winner for our Anytime Pale Ale.” 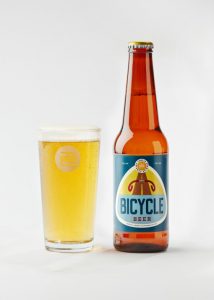 Their main event for GBW is their Swing Low Sweet Chariot event, which is already sold out online.

“Then there’s others at other venues and they range from Bicycle riding to big dinners or tastings,” Waghorne says.

Temple was founded in 2005 and built their own brewery in Brunswick East four years ago.

Their most popular beer is their summer ale Bicycle Beer, which fits with the bike culture of the area.

“There’s not too many of those styles of beer. We add a little bit of ancient salt into the beer as well which balances out a lot of the tropical hops that we use, so yeah its just a little bit different,” Waghorne says.

Temple Brewing success has not only seen popular liquor chain Dan Murphys stock their best seller, but they are hitting international markets.

“Our beers are available nationally and we’ve just started sending beer into China and into New Zealand.”

Another local brewer that has taken off nationally and dabbled in exporting overseas is Moon Dog Brewing.

Josh Uljans, one of three founders of the company, says Melburnians can find their beer on tap in about 70 venues, and a few hundred bottle shops.

“Our brewery bar in Abbotsford has 10 beers on tap and a good selection of beers for takeaway,” he tells upstart.

Moon Dog was first released in 2011 after two years of home brewing by Uljans, his brother and a friend from school.

“We were brewing all kinds of weird and wonderful concoctions, the types of things that weren’t readily available in Aus, but were being brewed in the States and parts of Europe,” he says.

They then pieced together a brewery from old dairy tanks in a factory in Abbotsford and “bit by bit started to make Moon Dog a reality”.

The boys like to focus on the fun side of beer.

“We brew from the ethos that you can put anything into a beer, as long as it’s delicious,” Uljans says.

“We really love what we do, and are really proud of the fact that we are a small, local, independent brewery that brews every drop of our beer ourselves.”

Moon Dog have over 10 events during Good Beer Week and a new beer will be released during the Great Australian Beer Spectacular.

GABS runs over the end of GBW, starting on May 20 and running for three days.

Waghorne says it’s the busiest time of the year for Temple. “It kind of all happens within a week and a half,” he says.

He stresses the importance of buying local craft beers, saying the popularity of Venom has seen them doubling their monthly allocations.

Both Moon Dog and Temple have plans to expand their brewery sites and distribution.

“We’re all starting to match it with the big boys, and its making things a lot easier for everyone,” Drysdale says.

As local brewers prepare, our team at upstart are preparing our tastebuds too.

All in the name of reporting, of course.